My Superpower Comes In A Coffee Mug

The nightmare took over. It came to me night after night, tiptoeing into my peaceful sleep and curling up beside me like a longtime lover. Quietly climbing into my bed, slowly inching over my body, not near enough to touch, but close enough to hover over my warm skin, its breath upon me. Beginning with a gentle caress, it traveled over me, inch by inch, plying my body to its will, allowing no resistance until the moment arrived when it entered me in my weakened state of slumber. At first came only a moan, barely audible, but enough for my brain to register it was happening. In denial, I ignored it and settled deeper into the mattress, rolling over, the universal sign for "not tonight, please…I'm tired" but with its one track mind it seemed to draw strength from my unwillingness to participate. The more I resisted the louder the moans came, until...

They were the screams of my daughter and they came from down the hall. The nightmares were hers, this routine one I was all too familiar with and one I was sure I could not physically keep up with much longer. While she had always been one of those children who didn't require a lot of sleep thus never slept through the night, through the years her lack of sleep was taking a toll on my own. I like sleep. I need sleep.

Yet, every night after an exhausting bedtime routine of prayers, stories, and night lights, kisses and hugs, questions and comforting answers, more kisses, more hugs, more night lights, I dreaded allowing myself to fall into a deep sleep knowing it wouldn't last. The nightmares would arrive, the fear would take over and the screams would begin.

I tried everything - night lights, prayers, staying with her until she fell asleep, each night putting a bit of distance from her until I sat in a chair right outside her door - Dr. Phil recommended it, claiming it helped to progressively reassure the child you were still there. Obviously, Dr. Phil had never met my kid!

As our daughter got older, my husband introduced her to one of his passions, Superheroes. He started telling her stories about his favorite Superheroes and eventually started watching some of the movies with her. He explained that in his dreams, whenever something bad was about to happen, he pretended he was a Superhero and changed the course of the dream, fighting off evil and sending villains back where they came from. 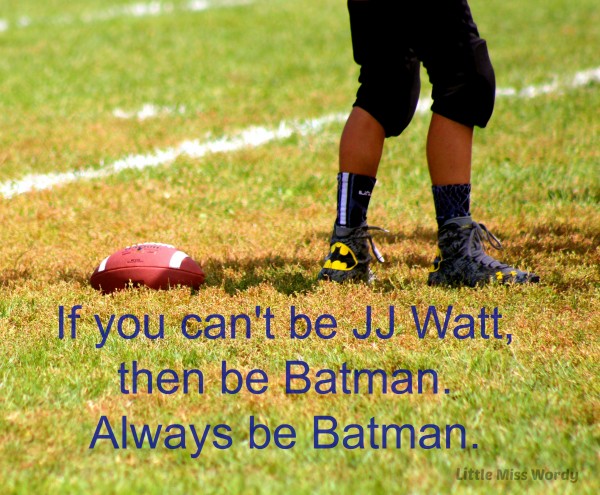 One thing we never did was discuss her nightmares in the middle of the night, believing she needed comforting more than we needed a play by play in that moment. Thus, many a conversation over breakfast consisted of our dreams, nightmares, and ways we could control them. My husband insisted our brains could be trained to control our dreams as he described his often becoming quite animated. He depicted scenes in which he picked up a villain, dropped him on his head, and his cartoon teeth flew out. My daughter soaked it all up like a little sponge, but the sleepless nights continued.

One morning, I woke to the smell of toast and the realization that I had slept through the night. Not sure if I was in dream state or reality, I shuffled my way to the kitchen to find my daughter and husband laughing and hugging over breakfast. When she sensed my presence, she rushed over to me. "Mommy! Guess what?! I had the best dream last night!"

To me, sweeter words had never been spoken. Words tumbled out of her mouth as she described a dream in which terrible, scary things were starting to occur, fear tried to envelope her and she almost succumbed to it. "Instead, I became a superhero and flew above it all! They couldn't reach me up in the sky and once I realized that, I flew around the city. You should see the view from up there!"

In dreams we set aside the rules of real life. We are in control and can be anything we want to be. Believing in superheroes cured my daughter's nightmares. What tools have you used to control your dreams?

Leah Vidal is a freelance writer, published author and blogger who enjoys time with her family, avoiding the kitchen, and making words come to life. Her writing focuses on BIG lessons from life's little moments.

What Not to Say to Parents of a Premature Baby
They want Mommy
Monsters in my bed!
advertisement

What Not to Say to Parents of a Premature Baby
They want Mommy
Monsters in my bed!