My son's big summer adventure is about to begin, and I'm the one who needs to be brave 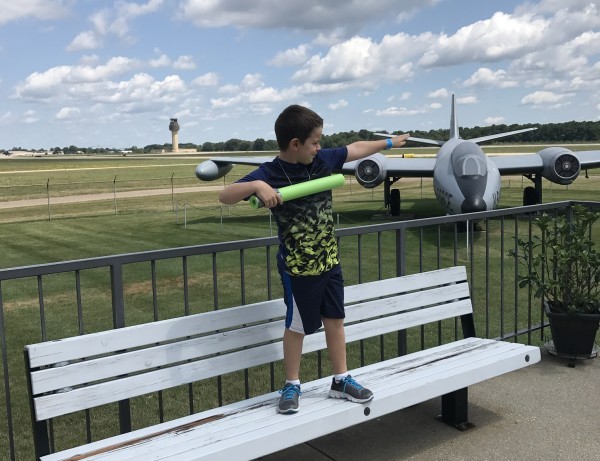 He is nearly finished with second grade, and he now drops my hand as soon as we reach the gym for morning assembly at school. I’ve got this, mom, his actions say. I can see his shoulders square and he leans into the day, ready to take on the world.

He is no longer the tiny boy who gripped my neck before preschool for a time, refusing to enter the room. We would sit outside the door and talk and I would hold him until he was ready. I had the unfettered luxury of doing that, then.

When he hugs me in public, it is with one arm. It’s a sideways I-want-to-hug-you-but-it’s-not-cool-to-wrap-myself-around-you grip. When he walks away, I know it is not because he doesn’t love me but because he needs to assert his independence. He is a branch of our family all his own, no longer a slender vine entwined around his mother and father.

And yet, when he sasses me like a tween on a sitcom and I tell him that his behavior is unacceptable, he is stricken. I’m sorry, mom, I’m sorry, he says. My eyes and my stance soften and he allows himself to be folded into my arms.

At night, when he lays his head on the pillow, he wants me to nestle beside him. He hooks a leg around mine to anchor me there; he doesn’t want me to leave him in the dark.

He’s big and small at the same time, and he reaches milestones faster than I can keep up.

This summer, he’ll be taking a trip with my husband on a father-son fly fishing trip a few states away from where we live. His grandfather will be there and two of his great-uncles, and they will dote on him and love having him there with them. It’s a rite of passage; my husband started traveling with his dad on this annual week-long fishing trip when he was 8 as well.

We left the decision to our son if he wanted to go, and he is excited about it. He and my husband happily chatter about waders and fishing poles and the trophies that are distributed every year for the best fishermen.

I smile and listen, trying to hide my fear. I'm doing my best to not let it show.

A few nights ago, I had a nightmare that something happened to my son and I woke up feeling like my heart and lungs had been squeezed into a space the size of a ring box. With postpartum anxiety that never fully left me, my mind goes to the worst-case scenarios even when I tell myself that I'm being extreme.

I reminded myself that when I was 13, I got on a yellow school bus with about 30 kids and three chaperones and took a trip from Indiana to Colorado for a summer school class. We hiked, camped, and climbed mountains... and there were no cell phones. My mother told me years later that she held it together until the bus left and then she cried all the tears she had been keeping from me. Because she knew that this adventure was something that I wanted to do. And truly, it changed my life.

I know that I can't control everything, nor do I want to. I know that this trip is going to be good for him and for me. He'll be with his daddy, who loves him as much as I do, and his granddad and uncles.

But dang, it's hard. I don’t want him to stay little forever – after all, it’s my job to teach him to become a strong young man who can stand on his own. It’s time for me to be the kind of parent my mom and dad were to me and be strong as he grows.

He’s figuring out who he is, and I get to watch him blossom, gently guiding him toward the sun. 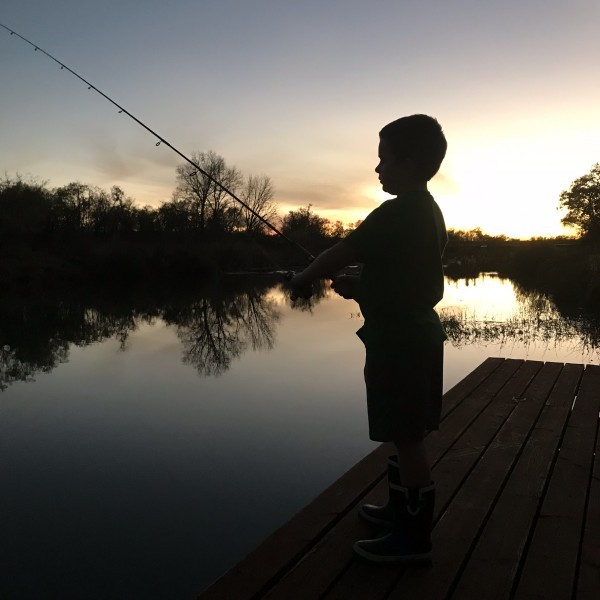 Kristin Shaw is a freelance writer based in Austin, Texas, where she is also the Director of Communications part-time for Marathon Kids. She is a car fanatic and is the co-owner of ThrillsandWheels.com as well as her main site, KristinVShaw.com.

'We made some great memories together': How a minivan made our family vacation magical
I'm not mastering mom guilt, I'm teaching my son to follow his dreams
My son inspires me to let go of fear and embrace adventure
advertisement

'We made some great memories together': How a minivan made our family vacation magical
I'm not mastering mom guilt, I'm teaching my son to follow his dreams
My son inspires me to let go of fear and embrace adventure