My Son Taught ME A Lesson In Giving

When my son was five, we were out Christmas shopping one day. As we pushed our cart back to the car, a stranger walking towards the store noticed my cheerful son and stopped to say hello. I'll admit it--I didn't want to stop and chat. I'm not the most outgoing person around, plus I struggled with social anxiety at the time and just wanted to get home.

It wouldn't kill me to stop for a few moments, though, so I did. I patiently waited as the lady asked my son if he had been a good boy that year and whether Santa was going to visit him. He told her that he had been good. My son added that he was concerned about Santa making it around the world in one night and said he hoped that his sleigh had rocket boosters to help out. He also talked about some of the toys he hoped he received. 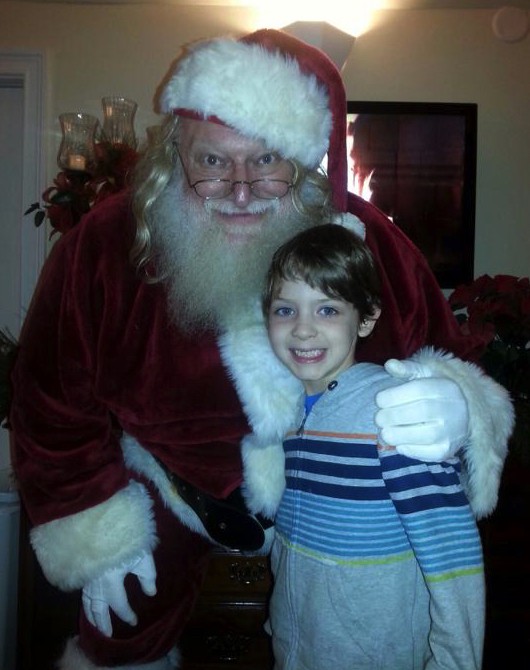 And then the lady directed her attention to me. "I did Santa with my kids, but I told them that [their parents] gave the money to Santa. I didn't want them going to school and talking about how much stuff Santa brought while another kid listened and wondered why they didn't get anything. I thought it was better for them to know that the money came from the parents."

I nodded. I remembered kids in my class talking about getting expensive items from Santa while other kids mumbled words I couldn't understand when they were asked about what they received. Even though I couldn't make out what they said, I knew from their downfallen faces that Santa hadn't been good to them that year, but I didn't know why at the time.

After we got in the car, my son asked question after question about what the lady had said about parents giving money to Santa.

"Is that true? Do you pay Santa? What happens if the parents can't pay Santa? Do some kids not get anything?"

I felt like kicking myself for going along with the Santa thing. My husband and I had reservations about doing Santa Claus, but went along with it anyway. And now that was coming back to bite me in the butt, because I was going to have to find a way to explain to a kid who was in kindergarten one of the harsh realities of our world.

"Yes...we do give Santa some money for a few presents. And Mommy and Daddy buy the rest of your gifts."

I knew that I hadn't fully answered his questions, but I hoped that he'd move on to something else, like asking how we send the money to Santa. My skipping the last two questions didn't escape him, so my son asked again about whether it was possible that some kids got nothing for Christmas.

After mulling over how to answer his question for a moment, I first explained that not everyone celebrates Christmas, and that if they do, they don't necessarily include Santa. I told him that some people have different religious beliefs, so that Santa isn't always a thing with every family.

Next, I told my son that some parents make less money than other parents. He was old enough to know that you need money to buy things and how you earn money, of course, so that was easy enough for him to understand. I explained that if a family was having a tough time with money, then it was possible that their kids might not get anything for Christmas because they wouldn't be able to afford it.

Telling my son that last part was like a punch in the gut. Christmas is such a magical time for children. Telling him that some kids don't get to experience that Christmas magic through no fault of their own was tough.

This upset my son, of course. After talking about how it wasn't fair that some kids don't get Christmas presents, he then asked what we could do about it.

"Can you take your card to the bank and get a bunch of money?" he asked. "That would help."

I explained that ATMs don't just give you endless amounts of money. If only.

"Maybe we could buy some presents and give them to kids?" he suggested.

That we could do. I remembered passing by an Angel Tree on our way out of the store. The trees have tags with wish lists for disadvantaged children. I told my son that we would go back to the store with his dad later and pick out a few tags and do some shopping.

Later that evening, we did just that. I can't remember what was on the tags, but I do know that we spent quite a bit of time in the toy section while my son picked out the perfect gifts. After we finished shopping, we sorted out the gifts in different bags, attached the Angel Tree tags, and dropped off the bags.

We got back in our car to head home when my son started talking about our donations.

"There were so many tags left!" he said glumly. Some kids still won't get anything."

"I know," I told him. "There are other people and organizations that can help, too, so hopefully..." my voice trailed off. It's true--there were other organizations. But I knew full well that it wouldn't be enough.

My son was silent for a while. His dad and I chatted as Christmas music played in the background. I hoped that his brain had moved on to other things--like thinking about Transformers and Spider-Man, things a kindergarten-age boy should be thinking about.

"I have a big idea!" my son announced suddenly.

"What's up?" my husband asked.

I knew then that my little guy had a better understanding of the spirit of the season than many adults do. It's one thing to go shopping with your parents and help pick out gifts to give someone, but to offer to sacrifice your own gifts? And at that age? Well, that's something else entirely.

Later that night, while my son was supposed to be going to sleep, he called me to come to his room. I walked down the hall, wondering whether he was going to ask for water, a snack, a cuddle, or all of the above.

"Mommy," he said excitedly as I entered. "I decided that I only want one gift for Christmas--a remote control Iron Man. You can take everything else you got me and give it to the kids who don't have anything, okay?"

My heart had already grown three sizes that day, but it grew even more then.

We didn't let him give away everything after Christmas, but he did give away some of his presents. And when he got older and became aware of other issues that plague our society, he started saving part of any money he earned or was gifted to buy food to donate to the local food pantry. My son epitomizes what the spirit of the season is all about.

Rather than teaching lessons to my son about gratitude and giving, he teaches lessons to me. I have many hopes for his future, but my main hope is that he never loses his compassion, generosity, or sense of empathy. 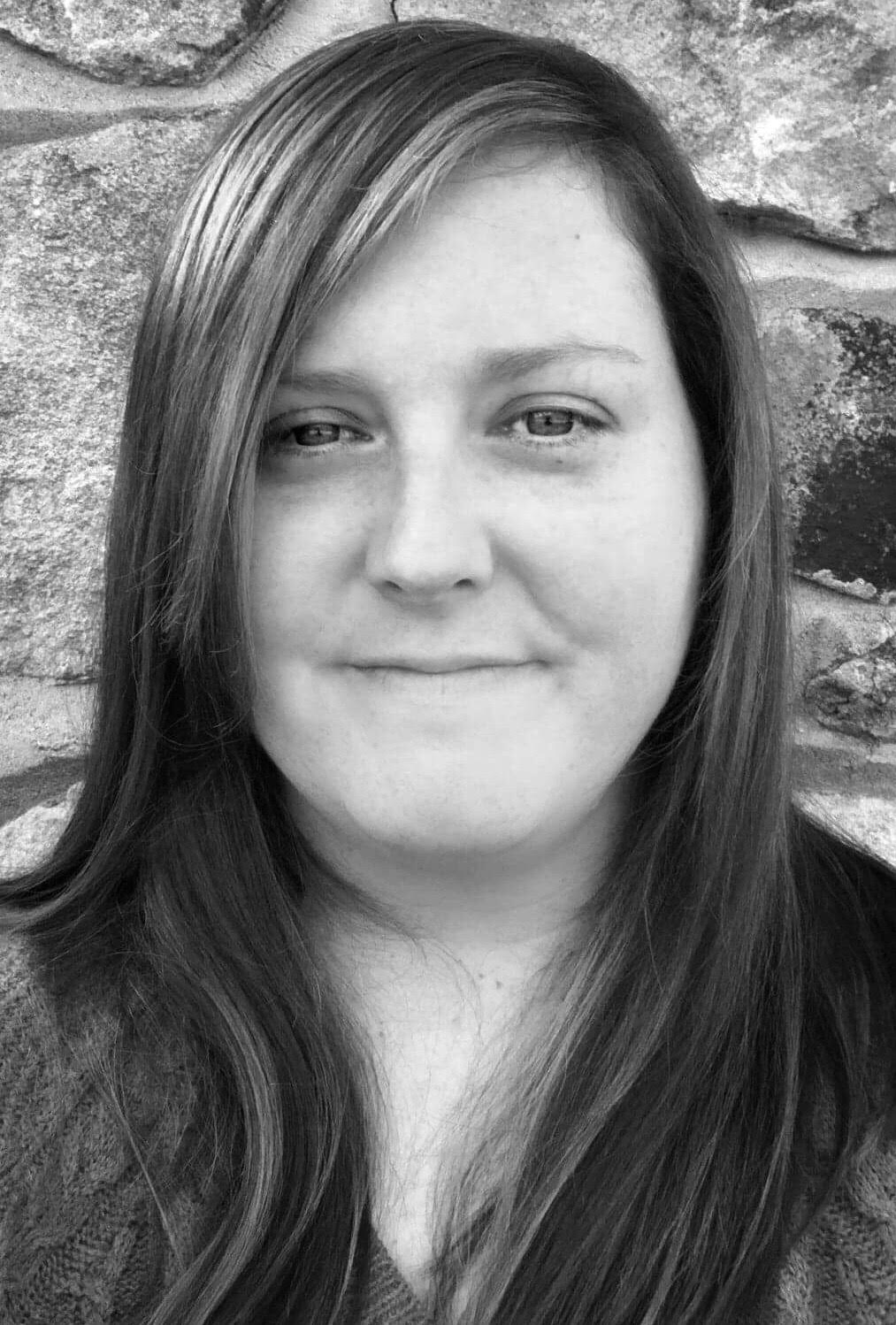 How to Teach Your Kids to Serve Others at the Holidays
Dear Moms of Teens, The True Magic of Christmas Wasn’t When our Kids Were Young. It’s Now.
Santa Is Real- How One Man Proved This Time and Time Again
advertisement

How to Teach Your Kids to Serve Others at the Holidays
Dear Moms of Teens, The True Magic of Christmas Wasn’t When our Kids Were Young. It’s Now.
Santa Is Real- How One Man Proved This Time and Time Again