My Pregnant Skin is Anything BUT Glowing

Fair warning, guys – I’m about to talk about boobs. And, not in a fun and sexy way.

I’m into my third trimester of my fourth pregnancy. NOTHING about this time has been like the others.

Just a couple months back, I developed this awesome preggo rash called Pruritic Folliculitis. I’ve never had an itch so bad and so widespread on my body! It has REALLY sucked. Over the counter antihistamines help, but only temporarily. Good ol’ Google (AND my trusty OB) says, the rash will go away on its own after I give birth – And, OMG, have I been counting down the days! 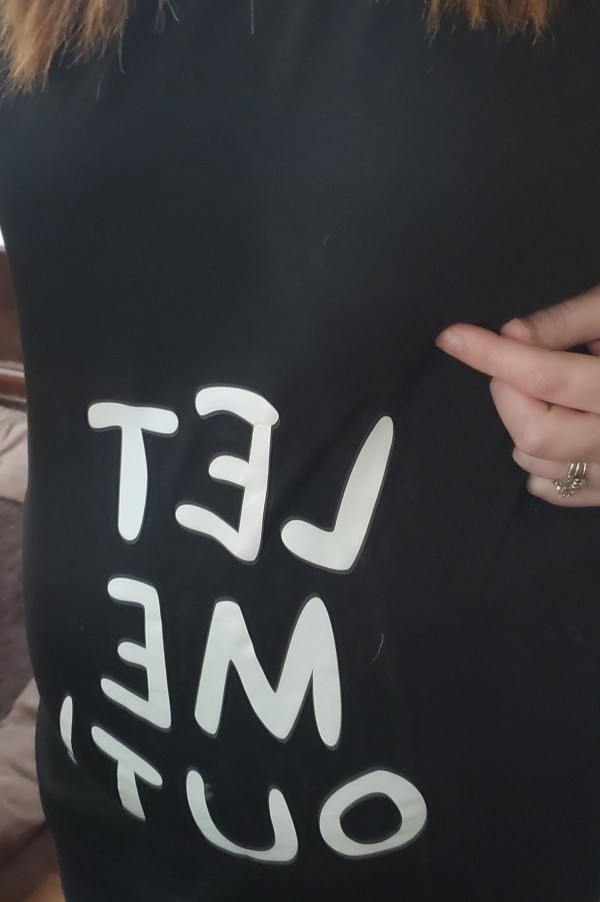 Recently, though, a new rash appeared.

The first rash is already covering my back, chest, neck, and lower jaw area! WTF? That’s not ENOUGH?

Now, as a beautiful new addition to my skin issues, I’ve been blessed with under-boob rash.

Unfortunately, I don’t have a fancy medical term for this one, and neither did my OB – So, ‘under-boob rash’ it is!

Under-boob rash began first as a slight annoyance in the area just below where a bra holds the girls in place. I didn’t see any marks initially, but it was itchy under both boobs right where the armpit kind of reaches the chest region – ya know, the part that bulges if your bra is too tight.

The reason I know the EXACT origin location is because I first noticed it a day after I received the most comfortable bras I’ve ever worn from Target.com.

These bras came in a set of two. One black, one a soft pink. They fit like a sports bra – no wire, hooks, or buttons – and they’re described as nursing bras, because they criss-cross in the front, for easy pull-down access. Honestly, the website photos are what sold me these puppies. They just looked like they’d fit my sore, swollen preggo boobs. And yup, they totally did! 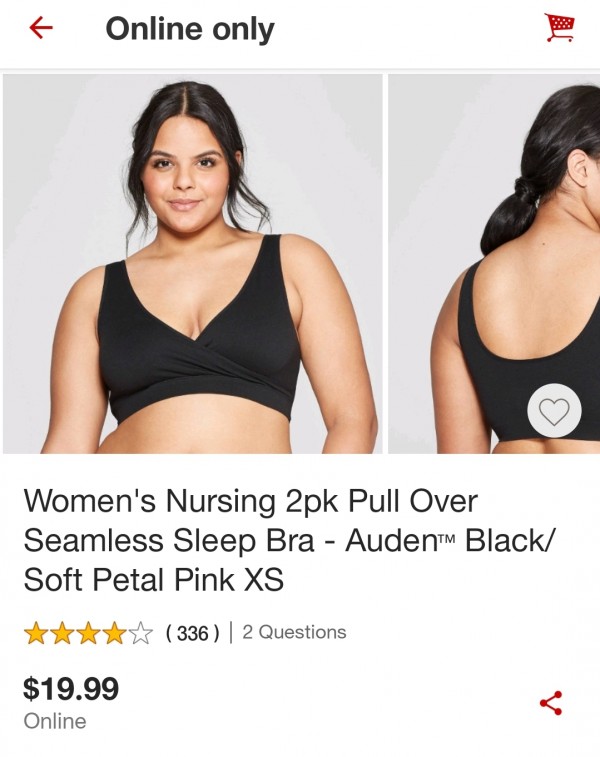 Anyway – I was IN LOVE with my new knocker lockers and their comfort, and all I knew was, I’d be freaking livid if they were somehow causing under-boob rash.

So, first, allow me to answer the obvious: YES, I washed them before wearing! As someone who has dealt with sensitive skin issues since practically birth, clothes-washing is always a top priority for new items.

I investigated the labels and found they’re made of nylon and spandex – nothing odd there.

They came in basic sizes: small, medium, large, and so on. The girls may be constantly swelling up, along with the rest of pregnant me, but I’m pretty confident in the size large I chose, because my boobs, as a whole, have never felt so light and free while imprisoned before.

OK…NOT the bras. No way!

So, what the hell? The following day, under-boob rash was worse! Like, WAY worse.

Listen, I’m no sissy when it comes to tata troubles. Remember, veteran mom of three, here! These things have stretch marks and permanent bite marks to prove it. I KNOW what pain is, because there was a time I was buying lanolin nipple cream in bulk.

About 9 years ago, I gave birth to beautiful baby number one, and my size 32A itty-bitties grew to a 36B practically over night. Yeah, I know, a pair of B’s isn’t nearly as impressive as what some of you other ladies are stacking, but growing a full size, DOES take its toll!

Anyway – my girls have proudly filled my blouses properly ever since. In later pregnancies, they only seemed to swell, not actually grow in size.

I’m telling ya! Baby number four knows I’ve declared this my final pregnancy, and she’s just making every bit of it count.

So, how was under-boob rash WAY worse now? Both bosom undercarriages became a bright red, splotchy mess. It suddenly looked as though this rash had been here for weeks and I had already scratched it raw! It itched something horrible and burned like hell if I dared touch it.

Obviously, my first move was to do a web search of what was going on. After the first couple articles inevitably told me these next few hours would be my last, I got rational again and closed all my tabs from Doctor Google.

So…I showered. I made sure the girls were cleaned well, but gently. I tried some store brand cortisone on them afterward. That burned like a mother.

So then came the tiring trial and error process for what would finally (hopefully) ease my itchy titties and subsequent burning.

Here’s what I ultimately came up with:

1. My breasts are clearly rubbing on my belly more than they normally would. It’s a lovely combo affect from growing in chest size AND belly size. I’m carrying high, so, when I sit down my boobs and belly just connect. Solution: sit straighter, limit boob to belly contact.

2. Antihistamines don’t seem to help. Which, I guess makes sense because under-boob rash isn’t an allergy. Solution: after showering, pat dry and use unscented creams, not lotions. Lotions are too oily.

3. Keep the undercarriage as dry as possible. I know we’re supposed to stay active during pregnancy, if we can, but boob sweat makes everything worse!! I’m not gonna tell you how to keep your boobies dry – that’s a personal preference thing. But, don’t underestimate the power of standing naked in front of a fan!

4. Give the twins some air! No bra and loose t-shirts when I’m staying home for the day! Simple, and effective.

5. Give it time and DON’T SCRATCH.

I know these are all pretty simple ideas, but I don’t think that’s a bad thing. And it’s working!

So, if you or someone you know has been personally victimized by under-boob rash, tell my story! Know that the solution CAN be simple.

Just hopefully for not TOO long.