My husband was a 9/11 rescuer, and he's raising our son to be a hero too 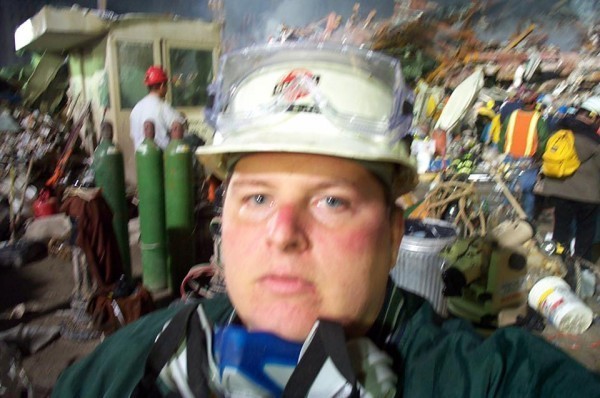 I met my husband shortly after September 11, 2001, when World Trade Center rescuers had the status of returning war heroes in the New York dating scene. He had rushed downtown to try to save lives when most people were running in the opposite direction, so obviously, I was impressed.

That said, Stephan’s day job is building high-rises, and for the past two decades we’ve generally managed to dodge existential threats and focus on the ordinary work of mid-life, including raising our 11-year-old son, who doesn’t know how good he has it. 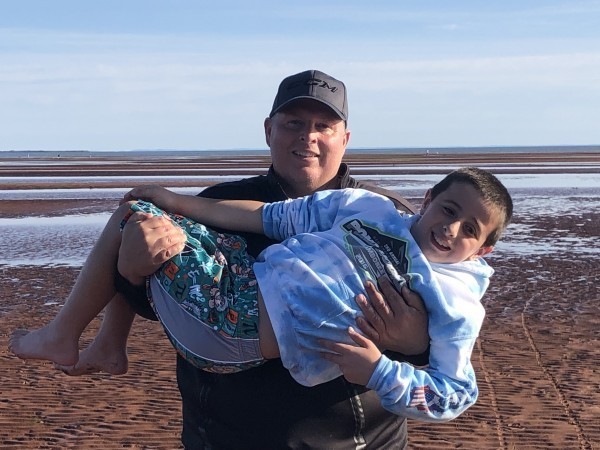 Until recently, Dean’s days consisted primarily of travel hockey, fifth grade school work, and being spoiled by my mother-in-law. That happy bubble burst, however, when New York City became the epicenter of the COVID-19 pandemic. Sports were canceled, the playgrounds were closed, school turned into “remote learning,” and Grandma’s safety required her to stay home in the New Jersey suburbs.

So there we were, trapped in our apartment, with no end in sight. Some people left town. Some others were paralyzed by fear. Faced with this, what’s a parent to do? In our case, Daddy’s experience as a peacetime war hero was just what the doctor ordered.

For some time, Dean had been working hard to make physical fitness accessible to every kid in New York City, where unfortunately that is not currently the case. Before COVID-19, Dean had partnered with the New York City Parks Department to organize a free street hockey experience, open to everyone, as well as additional pop-up workouts featuring Olympians and other award-winning athletes. Those events had to be canceled due to social distancing, and Dean was heartbroken.

So when eerie television broadcasts from an empty Times Square made the neighborhood where Dean spent his preschool years look like a scene from I Am Legend, Stephan sprung into action. He loaded Dean on his motorcycle, and together they set out to do something that was previously impossible: working out at the crossroads of the world.

Stephan was able to get some iPhone video of Dean jumping rope in midtown, which we posted on Instagram, and @BrashNYC was born. 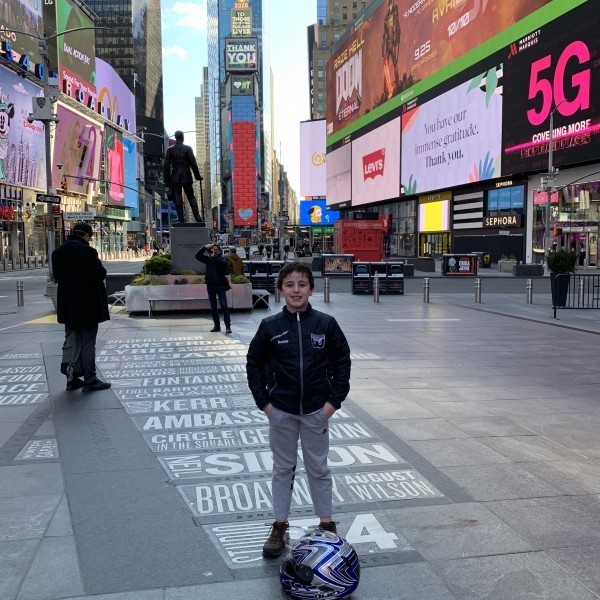 The lights of Broadway might still be dimmed, but with his actions, Stephan showed our son that instead of running, we can try to shine a beacon. The doctors and nurses are leading the fight against the coronavirus, yet in his own small way, Dean can also work to improve public health, by highlighting the importance of physical fitness and emotional resilience.

This is the stuff heroes are made of. 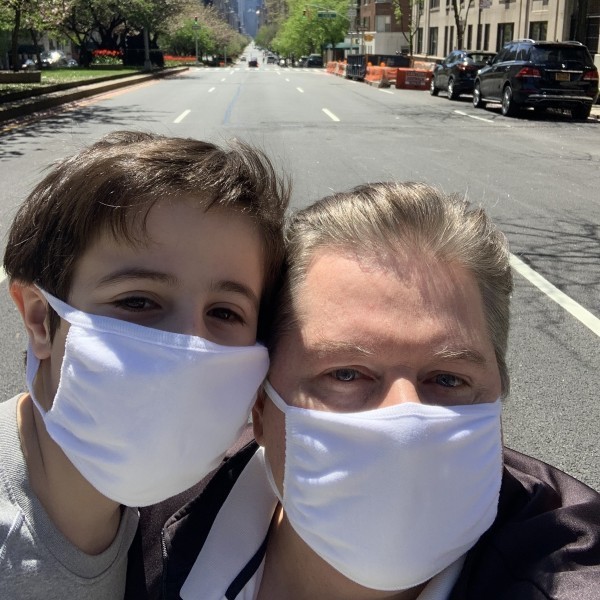 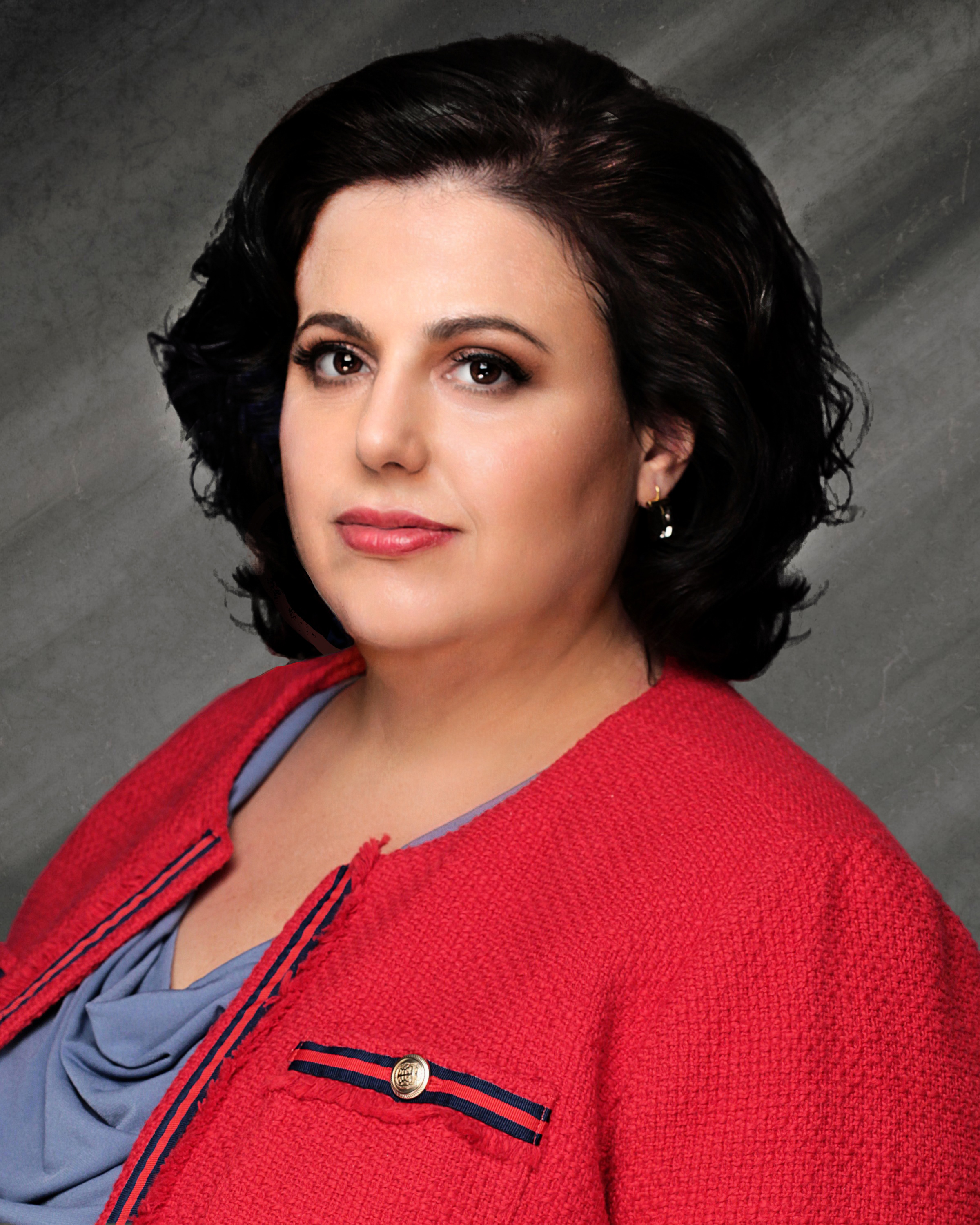 I'm a corporate lawyer, impact investor, and hockey mom in New York City. I care about women's economic empowerment, the arts, and making sports accessible to all kids.

We Did Everything Right, But COVID-19 Still Came To Terrorize Our Family
COVID kids: When disappointment is the new norm
My Class of 2020 Graduate
advertisement

We Did Everything Right, But COVID-19 Still Came To Terrorize Our Family
COVID kids: When disappointment is the new norm
My Class of 2020 Graduate