A couple weeks ago, I had my blood drawn for that standard glucose test all pregnant women have to do. Ya know, the one near the end of the second trimester, where you drink the orange sugary stuff, then your blood is drawn after an hour.

I failed – which apparently isn’t hard to do (especially since I had cake for breakfast that day).

Since my blood-sugar level came back high, I was sent in to take the dreaded 3-hour glucose tolerance test.

My OB explained that this test would determine whether I had gestational diabetes. She said the results would only take a day or two, but I shouldn’t worry too much.

I chose the earliest appointment possible because for this test, fasting was necessary. I figured that 10 hours without eating would be easiest if most of that time was over night.

I arrived in the lab just before 8:00am. The staff was super quick getting me checked in – probably because they were allowed to have their morning coffee (I might have been feeling a little agitated due to caffeine withdrawal).

I was taken back, almost immediately to have my first draw for a baseline. Afterward, I was given the super sugary beverage to drink as quickly as possible.

An alarm was set for one hour and I was instructed to go hang out in the waiting area until I was called again.

This already sucks. – My first thoughts of the hour.

I was starving upon my arrival, but now I was suddenly dying of thirst. The lab tech had told me still no beverages, which I knew already, but was extra pissed to hear out loud.

A staff member changed the TV channel from a rerun of Law & Order to the news. I put my index finger and thumb in front of my squinted eyes and pretended to squish her head.

I had blood drawn around 9:00am and again at 10:00am. By 10, I was so thirsty that my tongue felt like sandpaper. I was into the final hour, but now the clock was definitely moving slower. I now had only two things on my mind: the pain in my arm from three needle pricks, and the IHOP right down the street from me.

By the time I got to my car, my head was feeling fuzzy and my eyes couldn’t focus quite right. I drove straight to the Starbucks around the corner to get my caffeine fix. I went home and lived out the rest of my day normally (and WAY happier after I ate). 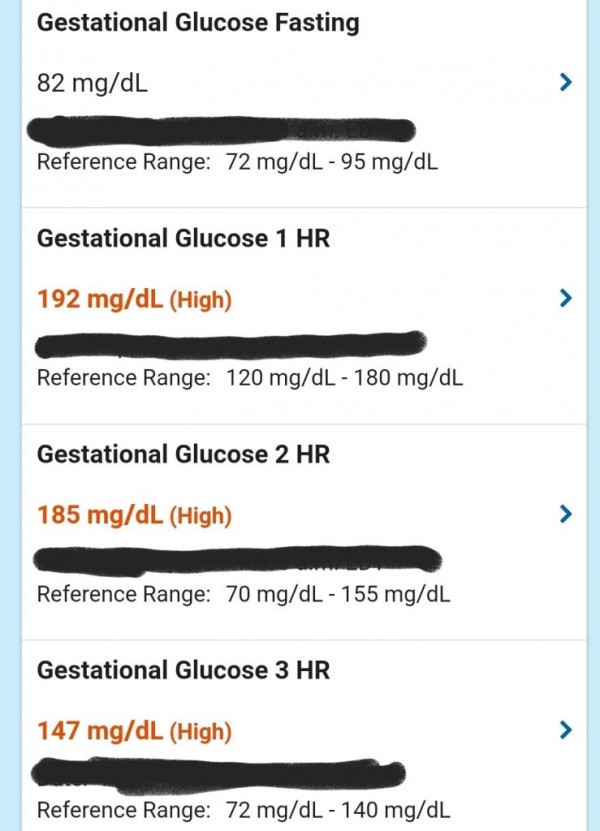 I’m not sure if I’m more impressed or freaked out by the fact that my OB has taken it so seriously, so quickly. Within two days of the test, my OB’s office called me with results. They immediately sent a prescription to my pharmacy for a glucose screening meter, AND had me setting appointments with a dietician and diabetes specialist.

The dietician spoke with me the very same day, via video appointment. She talked me through how to work my meter and gave me all sorts of instructions and guidelines for the coming weeks. 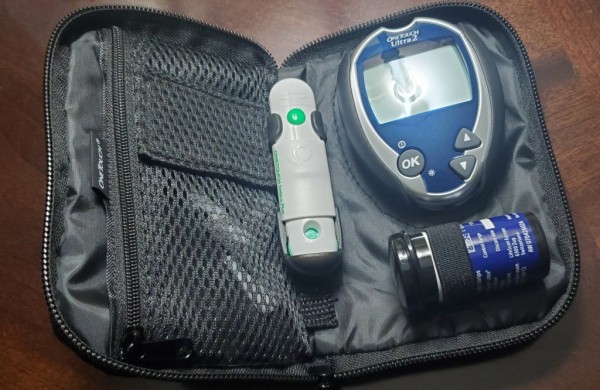 It seems that logging my blood-sugar level four times a day is going to be the easiest part of this new journey. I had NO IDEA how much my diet would have to change. I mean, I knew of a few inevitable changes – I assumed ice cream and doughnuts would have to go. But, dammit, I was not prepared to hear all the rules on carbohydrates! In fact, diabetes is WAY more about carb intake than I ever knew.

OK, to be honest, I know the diet adjustments are going to feel overwhelming at first, just because it’s new to me. But, I also know it’s going to be fine, because so many others handle this like rockstars, even when they aren’t pregnant.

My real concerns are with how this diagnosis could negatively affect the remainder of my pregnancy. Mayo Clinic lists several increased risks for women with gestational diabetes:

Of course, my OB, dietician, and good old Google all say those risks go way down as long as you’re following doctor’s orders.

My dietician gave me a strict diet to follow, and a big list of food dos and don’ts.

So…RIP to my nightly ice cream cravings. Baby’s gonna have to learn some new ways.

And mama’s gonna have to learn some self control.

5 Benefits of Low Carb Diet that Help with Fighting Diseases
How Does Diabetics Affect Children and Teens?
INCREASE DIABETES AWARENESS THIS NOVEMBER
advertisement

5 Benefits of Low Carb Diet that Help with Fighting Diseases
How Does Diabetics Affect Children and Teens?
INCREASE DIABETES AWARENESS THIS NOVEMBER