I did not want a dog.

I'm not an animal person at all. I don't even like fish. But, my sweet little girl has been asking for one for years, and our kids are getting older and I thought, well, if we're going to do it, now is the time. I told her she'd have to pray though, because my husband was a definite no-go on a dog ("I'll be the only one taking care of it!").

She must have prayed because out the blue my husband was all, yes, let's get a dog. So we researched and planned and wanted a Golden-doodle (of course, #basic), but a friend offered a free English lab to us, so we thought, okay, English lab it is. We had her name picked out and everything: Maple. So cute, right? No Maple. Said friend disappeared off the map. Our kids were so sad. We went back to the drawing board.

We found a breeder for Golden-doodles and were willing to ante up because these were supposedly top-notch dogs who were bred carefully and who would be trained and near potty-trained when we picked them up. Yes please.

After months of waiting for our sweet puppy, who we named Thor (we went with a male this time), we found out there was a false pregnancy. No Thor.

Was this a sign? Are we not supposed to get a dog? Our kids were devastated.

But then, one afternoon while the kids and I were visiting my dad, he told us about a friend of his who had some lab puppies for sale. Did we want to look? I guess. "But we are not getting a dog on the fly! We'll just go look. Okay kids, we are just looking!"

Don't you know we left with a puppy that day, a green-eyed yellow lab that we named, Memphis.

We should have named him Psycho-Shark-Puppy.

I swear we picked the shyest puppy of the bunch, the only one that didn't come up to us when we were looking at them. But no. He is not shy or calm. He is CRAZY and extroverted and jumpy and mouthy and we love him.

Also, even though I'm not the pet person (dogs smell, I hate their breath, go away), I am his person. He chose me. I don't know why. And now I act like a dang fool around him and other dogs, grabbing their sweet scrunchy faces and talking to them like they are newborn babies. A change has come upon me.

And this change? It's good. Memphis is good for me.

About two years I nearly had a breakdown. I was so depressed, crying everyday for no apparent reason.

I felt stuck in a glass box, seeing out but not being able to get out. I felt like I was drowning and swimming just seemed too hard. I felt like there was rage always under my skin. I was in a fog, and even when I was surrounded by people, I felt alone and as though I were in a slow-motion dream.

Thanks to some good friends who came along side me in the dark, I ended up going to a doctor and getting on medication. It was one of the the kindest decisions I've ever made for myself.

Dark to light, that's how I felt after taking the meds.

Meds were one piece to my mental health puzzle. I also see a therapist who is helping me deal with some of my under-the-surface wounds.

And then of course, there is Memphis, who gets me off my butt and out into the sunshine every day. I think I walk more now that I ever have in my 16 years of marriage. And it's glorious and good and is doing wonders for my mind and body.

Then there's the fact that every morning Memphis, who is now 9 months old (and 76 pounds!) runs into my room and bounds up on my bed and goes crazy with love for me. I can't help but smile at his joy and readiness to begin the day.

He gets better and better every day, and so do I. He has won my heart and helped to heal my mind.

So yea, we got a dog for the kids.

But turns out, that answered prayer was also for me. 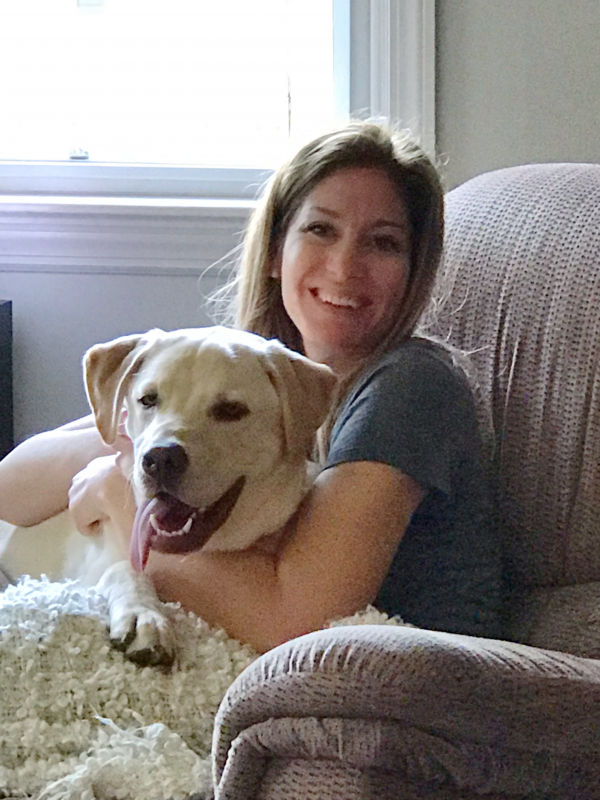 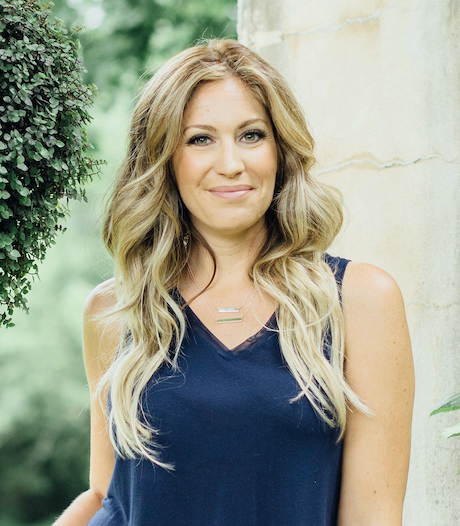 Sarah Mae is the mom of three spunky kids (one teen and two pre-teens). She is the author of the book, The Complicated Heart: Loving Even When It Hurts, and co-author of the book, Desperate: Hope For the Mom Who Needs to Breath. Sarah loves to encourage women to keep on and begin again. No story is too unsafe, no past is too awful, no heartache is too great that God’s grace can’t cover, recover, and heal. She lives in the beautiful Amish countryside of Pennsylvania with her woodworker husband, her three kids, and their yellow lab, Memphis. You can find her at sarahmae.com.