Published by Danielle Jones on November 10, 2017 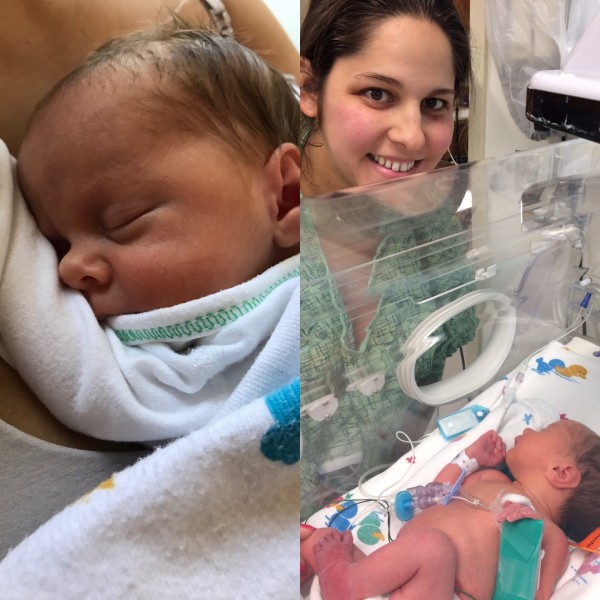 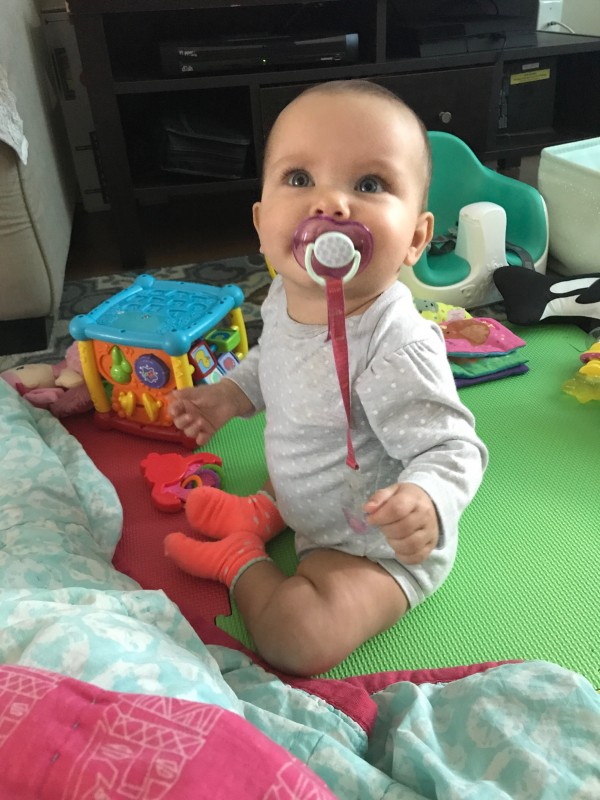 On February 27th, 2017 I was 33 weeks pregnant and at work feeing pretty terrible. I was tired more than usual and feeling very tight in my belly. I decided to go home early and get some rest. I had a doctors appointment the next day so I figured I'd discuss my discomfort with him then. Well my discomfort turned into pain and by 4am February 28th I couldn't lay in bed, sit up or even stand. My husband and I arrived at the hospital at 5 am. I sent a text to my dad, who wakes up at 4, to give him a heads up. I had no idea what the day was going to entail so I let him know I'd keep him and my mom updated as we found out.

The hospital determined I was having some contractions but the baby was not in position to deliver. She was still breech. I underwent a lot of tests. Blood tests, sonograms and ultrasounds of every organ in my body. By 3:30pm the pain had subsided some but I noticed I had very dark urine. When I came back from my final ultrasound, the nurse started plugging me into all my machines very quickly. I made a comment about my very dark urine and that's when she informed me that I was in liver failure and the baby was being delivered in about an hour and half and the doctor was on his way in to tell me what was going on.

After telling her and my husband "no I'm not ready. She's not ready!", the doctor came in to tell me I had developed HELLP syndrome and I would need an emergency c-section in order to save my life. I had very high liver enzymes and my blood platelet count was low and dropping fast. I was wheeled into the OR just after 6 and at 6:19 I was out ( I looked up at the clock as the anesthesia was being pumped in). At 6:47 pm Madeline Renee graced us with her presence. I wasn't able to see her for almost 24 hours. My poor night nurse. Every time she came in to check on me I'd ask her if it was baby time. I was so anxious to meet her. Everyone had gone to see her in the NICU but me. When I finally got to see her I was in shock. She came in at a whopping 5 lbs 4 oz! I asked the doctor if he was sure she was a preemie.

But then the next day I started feeling bad again. The HELLP came back but worse. I was rushed to the ICU for 48 hours. I was heartbroken, all I wanted to do was hold my baby. Finally on Saturday, 4 days later I got to hold my baby. She continued her NICU journey for just shy of 3 weeks. She battled feeding tubes and oxygen tubes in her tanning bed (phototherapy) and apnea and bradycardia. It was a roller coaster to say the least. Every time we'd take a step forward she'd a half a step or a full step backwards.

On March 17th St. Patrick's day, we had the luck of the Irish with us! I called in to tell them I was coming to feed her and the nurse said there was a chance she was going home. We were so excited! The drive which was typically 10-15 minutes felt like years! My husband couldn't drive fast enough!

Now at 8 months we are chasing around a wiggly, giggly, rolly little monster baby! My little NICU champ! She did and is doing so well people don't believe me when I say she was born premature. I have so much respect for all the nurses and doctors. The nurses were so wonderful, we felt like a family. One was so sad we were leaving she walked us out. They did such a great job with her and us and giving us the love and support we needed at a very stressful and sometimes heartbreaking time.

NICU Horror Story
The unknown
My baby hadn't grown inside me for 3 weeks.
advertisement

NICU Horror Story
The unknown
My baby hadn't grown inside me for 3 weeks.