Motherhood is a Universal Language 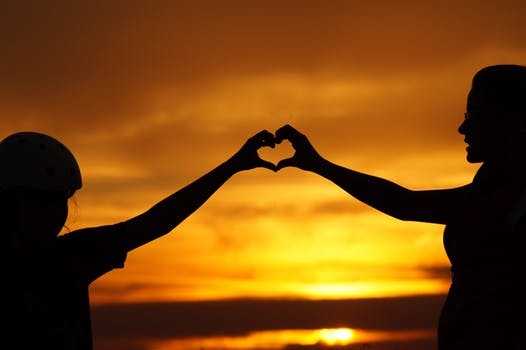 Motherhood has changed quite a bit since I first became pregnant. Things aren’t the same as they used to be, and I don’t mean that in a negative way. The new face of motherhood is just different. When I first got married and became a mom, women stayed home to raise their children. Husbands worked multiple jobs if necessary in order to provide. A mother’s main responsibility was that - to be a mother and constant support system for their children. Though this was invaluable in many ways, I can understand why things have changed.

These days, most kids are in some form of child care either before or after school or even as young as infancy. Why? Because most households require both parents to work. There are few households sustained on one income. But the ironic part is that child care is insanely expensive, especially for those children under the age of two. Many mothers’ incomes go directly to child care. So what’s the benefit of putting your child into a daycare setting at such a young age?

For some moms, it’s a matter of mental health. Being a stay at home mom, raising children 24/7 isn’t for everyone. Some women need a break and that break comes in the form of daycare. For other mothers, they are looking to provide their child with social interaction that they may not receive at home. This is an important part of child development, so I do understand this standpoint. And for some parents, daycare helps their child to build a strong immune system. When children aren’t exposed to outside elements or germs, they are subject to more frequent illnesses.

But more mothers entering the workforce isn’t the only thing that has changed when it comes to motherhood. There are more ways to become a mother these days than ever before. Meaning, if you’re a woman that can’t conceive your child naturally, your options are endless. From adoption and surrogacy to artificial insemination or sperm donors, a woman has many options for conception.

Another wonderful thing about motherhood is that you don’t have to be a traditional family in order to become parents or be a loving mother. There are all types of mothers in this world and they are all amazing and beautiful in their own way. There are some things that span all walks of motherhood - selflessness, unconditional love, sacrifice, and patience. Certain things are part of the unwritten and universal motherhood language. And that's something priceless, with no age nor time limit.