Monkeying Around with the Truth

Published by Damian Rodriguez on February 13, 2018 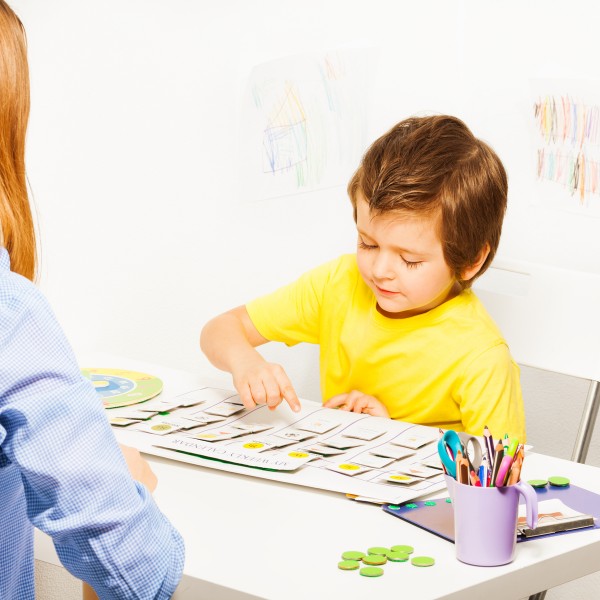 My daughter is the world’s most patient big sister and good at seemingly everything we can get her to attempt, but like every other almost six-year-old, she exhibits a characteristic or two that my wife and I would like to nurture out of her. The latest manifestation: lying. Being untruthful is a deal-breaking no-go in our household, and it’s also one of the most difficult concepts to address in child-rearing. We don’t monkey around with fibs, but this latest incident is forcing us to stretch my researching and my wife’s creative parenting muscles.

In 2011, my favorite mega bookstore was going out of business. I rode around Houston visiting every liquidating location. With my Costco-sized daypack and credit card in hand, I snatched up anything and everything I thought I may ever be interested in reading. I wasn’t even a parent yet, but I was in a period of my life when I was trying to gain further understanding of human behavior and why mine (as someone with Asperger’s Syndrome) diverged so much from those around me. Hey, it was a dollar, and I worked primarily with children in my public health career, and the cover promised to change everything I thought I knew about child development—it wasn’t that weird. Seven years later, that purchase of Po Bronson and Ashley Merryman’s NurtureShock is beginning to appear prescient. That dollar, and a few hours by the pool reading, is paying dividends years later…at least I think it is.

NurtureShock taught me one important concept: children are not simply miniature adults, and you cannot treat them as such if you want positive outcomes. Adults like to be praised; validation of our intelligence or physical attractiveness is an effective motivating tool in business and social environments. Whoever gets the most Facebook likes wins right? However, the data seems to suggest that our less neurologically developed spawn lose motivation when their inherent characteristics are celebrated. Children who are consistently told they are smart have been shown to have less motivation and more fear of taking on challenges because they develop the belief that everything should come easily. Children respond better to discussions about their efforts, and praising actions instead of inherent traits is one of the keys to raising “gritty” children.

In case you aren’t a five-year-old, let me inform you that no kindergartner’s life is complete without a battery-powered monkey that swings from your finger. When asked what she would like to add to her toy collection in celebration of her pending sixth annum on this planet, there was no hint of hesitation: Fingerlings® Baby Monkey. And in our exuberance to overplan everything months in advance, we were ready to hit the “buy” button on our daughter’s digit primate of choice until an incident arose. To make a long story short, our daughter has the seemingly intrinsic childhood trait of misplacing things. This, combined with the need to bring toys everywhere, has resulted in a significant emptying of her toy box into her school’s lost and found. We’re perfectly content with our daughter’s (unconscious) efforts to become a toy minimalist, except that toys are not allowed at school and she has had some inspired explanations as to why we keep getting emails from her teacher about bringing toys to school and equally imaginative stories about where said toys end up. This latest story nearly ended up with us scheduling a meeting with her teacher and the parents of a schoolmate about a bullying situation, but upon the fourth or fifth time the details of the story changed, we realized our princess may not be being truthful. Our instant reaction: she was still going to have her ice cream sundae birthday party, but her pointers were going to remain monkey-less for the foreseeable future.

As far as I am concerned, there is one parenting rule when it comes to honesty: make it a positive thing. Along with the lessons gleaned from my favorite parenting tome, the education psychology department at McGill University, which has spearheaded a lot of the recent research regarding lying, has determined that moral reasoning is one of the keys to decreasing lying in children. In layman’s terms, it is likely more effective long-term to limit untruthful behavior by using positive reinforcement than to threaten harsh consequences for individual untruthful events. We weren’t going to take away this monkey, we were going to give her an opportunity to earn it through good behaviors. With evidence-based notions about positive reinforcement and knowledge that children respond best to discussions about their efforts, I let my creative wife get to work.

The resultant monkey chart provides a simple path for our daughter to earn her adorable finger-swinging friend through positive action. Each day throughout the month of February provides an opportunity for her to earn points through positive behaviors, including completing her chores, eating her meals in a timely manner (when eating your two “runny” eggs for breakfast routinely takes an hour or more, it’s a legitimate issue), and active listening. Each day she reaches her daily goals, she gets to choose a sticker and put it on the calendar, and she also gets 15 minutes of “big girl time” (time after her brother goes to bed to do whatever she wants).

On the other hand, lying results in an automatic no-sticker day. For what it’s worth, research has shown that parents are able to detect the small lies of their elementary-aged children less than 1 out of 10 times, so there is definitely a built-in buffer for some pre-adolescent white lies. 22 stickers in 28 days and she gets to celebrate her birthday by adding the monkey of her choice to the Amazon cart at her ice cream sundae bash while all the neighborhood kids get to watch in jealousy.

Halfway through the month and things aren’t looking great: she needs a pretty hot sticker streak to make her battery-powered primate dreams come true. Maybe we are being too strict, but it is a (near) daily parenting treat to see how excited she gets to pick and stick those little hearts on the calendar at the end of the day knowing that her positive efforts earned them. We are doing our evidence-based best to raise a daughter who is honest, trustworthy, and prepared to conquer the world…Follow-up in two decades or so.

How I Saved My Relationship with My Preschooler
As I Watch My Daughter Grow Into The Woman She'll Become
Remove the Limits, Children are Resilient
advertisement

How I Saved My Relationship with My Preschooler
As I Watch My Daughter Grow Into The Woman She'll Become
Remove the Limits, Children are Resilient