Published by Damian Rodriguez on November 8, 2017 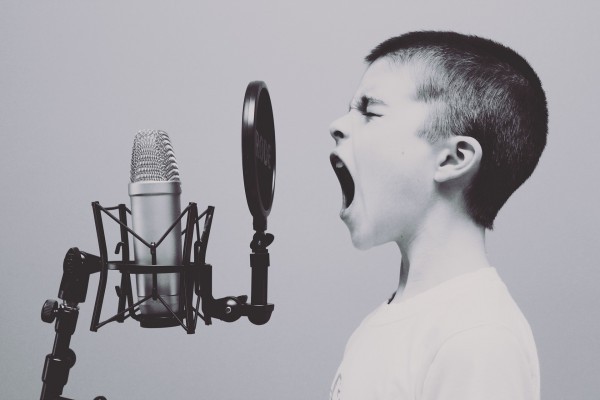 I know in a few years we’ll nearly mess our britches in laughter thinking about it, but right now those five words are the scariest thing we encounter in our daily routine—literally the cause of nightmares. A recording of our son screaming these words, with the accompanying kicking and head-butting of the door, played on a loop would be an eerie accompaniment to our Halloween decor. In fact, a few nights ago I was awakened by my son’s siren song at 3 am and turned my head to see my wife, half asleep, standing at his door, phone in hand, recording the hysteria. Today’s horror will assuredly be tomorrow’s joke fodder. Our two-year-old bundle of onesie-wearing energy doesn’t sleep and it is pretty much ruining our lives.

I was that person for a long time. That Energizer Bunny who could go to school all day, hit the gym in the middle of the day before heading to work the night shift, and then sleep in my car in the school parking lot for 3 hours and be good to repeat the cycle. That was the routine through over 11 years of university education, and despite the recommended guidelines, I was exceedingly healthy and never felt that sleep deprivation was a serious concern. Age, parenting, and job stress have now flipped the script. It’s 8 hours of sleep or you can consider me useless to the world. As I slump at my desk, I’m feeling my value as an employee, spouse, and father, are in a serious recession.

Preliminary findings from a yet published study on parenting scientifically proves what we know already: children mean less sleep. Sleep deprivation is 14% more likely for those who have children, and the effect worsens with each additional child that is brought into the household. (Our household discussions about the possibility of child numero tres have officially ended.) And this is a multifaceted problem for us all, with no simple solution.

Here’s a quick rundown of some of the health issues caused by sleep deprivation:

-It increases the risk for pretty much every chronic disease. Heart disease, diabetes, hypertension—regular sleep deprivation is a risk factor for them all. Poor sleep increases insulin secretion due to improper metabolization of glucose, increasing diabetes and weight gain risk. A single night of sleep deprivation has been shown to negatively alter glucose regulation and can cause elevated blood pressure the following day. Meta-analytic reviews have shown that chronic sleep deprivation (averaging 5 hours of sleep or less for extended periods) increases mortality risk by roughly 15%.

-It negatively alters nutrition and exercise habits. A review recently published in the European Journal of Clinical Nutrition suggested that when sleep deprived, on average you consume nearly 400 extra calories the following day due to altered hormonal balance and increased cravings for sweet, salty, and fatty foods. When in a sleep deprived state, you are less likely to stick to your workout routine, and even if you do, training performance will decrease.

-It has negative effects on weight management efforts. Sleeping too little (or at irregular times) upsets the balance of hormones associated with appetite control, energy metabolism, and glucose processing. Research reviews suggest it is one of the primary lifestyle factors associated with risk for obesity.

-It can even directly decrease cognitive abilities. Going 18–20 hours without sleep has the same negative impact on cognitive performance as a blood alcohol level of 0.1 (0.08 is considered legally drunk in the United States). I’m sure I am not the only parent who has dragged themselves into an 8 am business meeting after a sleepless night, only to have no clue what went on later in the day.

If you were looking to understand the mechanisms as to why study after study has come to the conclusion that parenting tends to promote declines in physical health and permanently alters our criteria for determining quality of life, here is exhibit A (B, C, and D).

The latest research does suggest that children sleep better in their own rooms and that responding to their pleas by sleeping with them results in worse sleep for both parent and child. But when it comes to parenting, it is nearly impossible to generalize the research. Every child and situation is different. So what do we do? Initially my wife was a bit perturbed that I seemed to Rip Van Winkle through the early morning rebel yells, but it was waking me up too, my male intuition just kept telling me that giving into his pleas was not the right angle of attack. So, my suggestion…nothing. Am I right? I hope, but I really have no clue, and although the Mrs. has been a trooper and is doing her best to follow my lead, my boy has some resolve and is beginning to master the art of the childproof doorknob as well. Our next alternative is having him crash with his sister, who could sleep through a nuclear holocaust, but just as I am about to enter my rapid eye movement stage of sleep, I have mental images of him falling head-first off the top bunk.

For the health of us all, I only have two words of advice: be consistent. Whatever you decide is the best course of action, stick to it. Children thrive on consistency. They need rules and structure, and for those rules to remain consistent. In the world of behavioral psychology and child development, this is referred to as variable reinforcement. If you decide that opening the door and allowing your own toddler to sleep with you, or wherever he wanders in the wee hours of the morning, accept the consequences (and that they may be different each night) and remain steadfast in your own response. And it goes without saying (but I’ll say it anyway): model the behavior you want to see. Stick to your own bedtime routine to reinforce the concept that sleep is important, and don’t let the kid see you sweat.

I am anxiously awaiting the day when my son comes to me with advice for how to get his own child to stop the early morning Steven Tyler impersonations and count sheep. If sleep deprivation doesn’t get me before then, we’ll have the audio recording waiting. Until then, I am open to suggestions regarding my latest parenting quandary that science cannot solve.

3 Tips to a Better Bedtime Routine
10 Tips To Get Your Kids To Go To Bed and GO TO SLEEP!
What Are the Effects of Sleep Deprivation in Children?
advertisement

3 Tips to a Better Bedtime Routine
10 Tips To Get Your Kids To Go To Bed and GO TO SLEEP!
What Are the Effects of Sleep Deprivation in Children?