My parents raised twelve children. Twelve. I have five children myself now and not a day goes by that I don't think, "How the hell did my parents not go absolutely crazy one day and just kill somebody?" The fact that that we all made it to adulthood, intact and fairly normal, is nothing short of a miracle.

I was fortunate to have two wonderful, strong parents who worked tirelessly to keep us fed, clothed and alive and I thank God for them every day. When I had my first child I was overwhelmed, anxious and exhausted. One day I called my mom and through tears told her that between trying to breast feed, changing gross spit up and poopy diapers, all I had managed to do all week was go the post office. Well, from her reaction you would have thought I had just completed a dissertation and won a marathon. "You went to the post office? That is wonderful!" and suddenly, I started to feel a little bit better. After all, hey, I went to the post office! Maybe this meant I could do this parenting thing after all! Sometimes its the small things we say that mean the most.

I think all about the things I have now that my mom didn't have available to her. She didn't have mani-pedis to look forward to, or girls night out to share a glass of wine, or a mommy and me support group to which she could turn with her parenting concerns. She did it all without a break, ever. Don't ask me how, I am in awe myself. This Mother's Day I want to share a few lessons I learned about parenting from my mother. 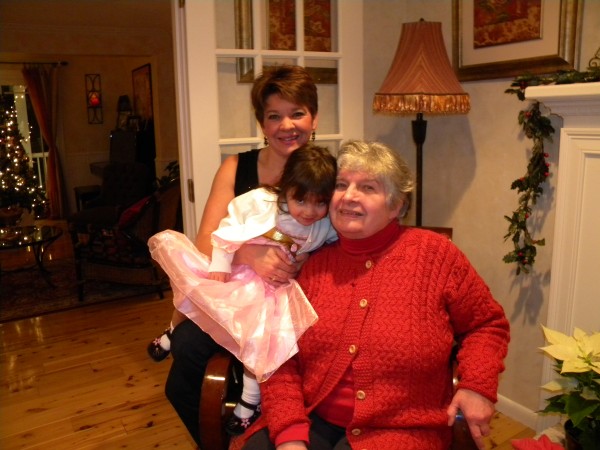 1) Don’t get involved in your children’s fights.

My mother did not get involved in our fights. Not with each other (unless there was blood drawn) and not with our peers. She might listen calmly as I told her how so and so was such a jerk and respond with a, “That’s too bad” but that was it. She didn't rush in to save us; she didn’t call our friend's parents and demand an apology. She knew we had to learn to fight our own battles and that by next week that jerk might just be my best friend again. And perhaps, most importantly, she knew her children weren't sprouting their own angel wings anytime soon and it was highly likely that we had started the whole mess to begin with.

2) Find a way to connect with your children.

When my brother was in high school he was your typical teenage boy, quiet, reserved, not hanging around the house much, but in those rare instances when he was home he could be found in the living room watching Boston sports. Pretty soon I began to notice that my mother was also watching baseball and basketball. I had never seen her watch sports before, Masterpiece Theater, yes, sports no. I asked her about it and she said that she was watching so she would have something to talk to my brother about and soon, little by little, I began to see them sitting together in the living room, the television on, discussing the Celtics players and The Red Soxs, line up. She had found a way to connect.

3) Instill a little fear in your kids.

Growing up my father was calm and cool, my mother was fiery and full of energy. At times I was scared of my mother. Not in a, she's going to kill me, way, but in a "She's going to KILL me!" way. This fear acted as a little alarm system in my brain and stopped me from doing many, many stupid things. So many times I would hear this voice in my head saying, "You better not. What if your mother finds out?" I am not advocating violence or abuse, I am just saying find a way to make your children fear you, a little. A hard stare, a loud voice. Have consequences for bad behavior and start young. When they are teenagers, you will be glad you did this trust me.

4) Don't worry too much about scarring your children.

After my second child was born I was again a mess ( God, this parenting thing is hard! ) and exhausted and overwhelmed. One day I found myself on the short side of my temper and I snapped (Okay, I yelled) at my oldest. I felt awful and cried and then called my mom. I told her I had never raised my voice at my daughter before and was sort of hoping I never would, but I was just so tired and I had lost it. My mom said, "Well, I just don't think that's realistic to think you are never going to yell. What kind of person would she be if no one ever lost their temper with her? She wouldn't be able to function in this world." Her words allow me to crawl out of my shame and guilt that I had somehow scarred my daughter by yelling at her. (BTW my daughter is now 22 and there were many more yelling incidents. I think she is fine. Maybe we should ask her..)

5) Don’t burden your children with your adult worries.

My parents had twelve children and unless your Bill Gates, any salary spread out between fourteen people is thin. We didn’t live in a mansion or have expensive clothes. We never summered in the Cape or shopped at the fancy stores in the mall. If we wanted teenage fashions we had to work for it through babysitting and paper routes. I was aware that we didn’t have the money for the extras that many of my friends had, but I never worried. I always felt safe. I know now that there were times my parents were worried about finances. Very worried. Times my mother didn’t know how she was going to pay the bills or even feed us. But I never knew that back then. She felt it was her job as a parent to let us have a childhood full of fun and free of worry. I consider that a gift. A wonderful gift.

Thanks Mom, for everything.