Published by Sachi Patitucci on February 12, 2020 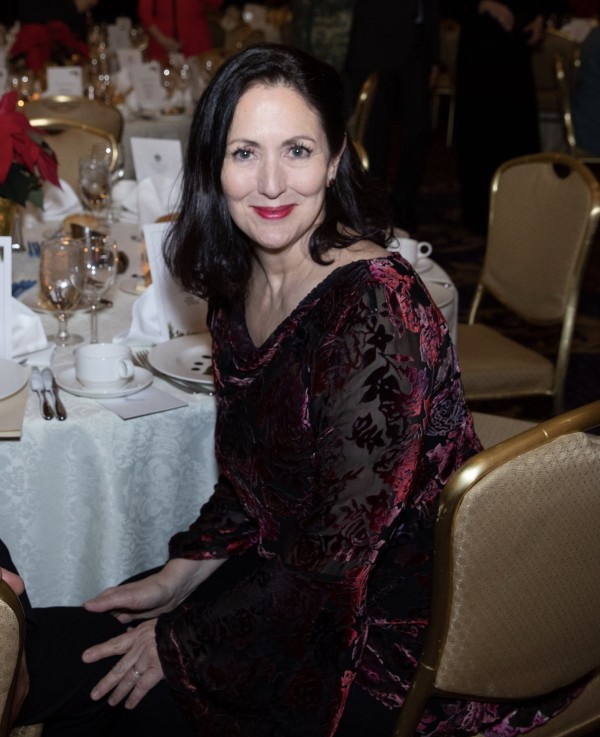 The crowded and overheated subway train swayed and shook, and it was all I could do to hang on to the strap. But the train wasn’t overheated; I was overheated. I was 38 weeks pregnant with our “first” child. Actually, it wasn’t our first child. After we first got married, I had had a miscarriage at 12 weeks.

I was already considered an “older” mother. I was 37 years old - we’d gotten a late start. John and I had two weddings and two honeymoons with each other. The first wedding was a private ceremony on a lake in California with just close friends and a short honeymoon in Santa Barbara. Three and half months later, we had a larger ceremony in a church so that our families had time to gather in California, my parents even driving out cross country from Virginia. We flew to Tahiti and had a proper honeymoon, oblivious to the fact that the French were performing nuclear tests in the waters surrounding us. When we made that one phone call home from a pay phone, our families expressed their concern.

Following that first ultrasound to see the baby’s heartbeat, the announcement from my doctor in Long Beach was that “this is a miscarriage.” She pronounced it so suddenly, so matter of factly, that my husband passed out, hitting his head on a filing cabinet and sending us to the hospital emergency room to get him checked out. We attributed the miscarriage to the nuclear testing in Tahiti. I had a DNC the following day, my birthday, to remove our little baby. We didn’t know the sex of the baby so we named him/her Angel.

The next year, having made the move to New York, we tried again and got pregnant. It was an uneventful pregnancy, the usual nausea, cravings and weight gain that runs in my family. Our doctor always recited his list of prohibited foods, “no cakes, cookies, pies”, at every office visit.

This day, two days before Thanksgiving, I had made the trip into the city to buy a birthday gift for my husband, as I knew that his birthday 3 days before Christmas would be overlooked because of the new baby, due on December 15th. As the train lurched and screeched, my stomach felt like a bowling ball, moving side to side on its own. All the seats were taken and no one offered me a seat.

There was a marching band on the train, in from Nebraska to march in the Macy’s Thanksgiving Day Parade, as I overheard. These kids were in uniform and were chattering excitedly, perhaps many of them visiting and riding the NYC subway for the first time. One young woman among them finally asked if I was feeling alright and offered me her seat. I had gone pale and felt very faint, so it was a welcome relief.

I went about the day, running errands, buying the birthday gift for my husband and then had dinner at a friend’s house. By the time I went to bed, I was thoroughly exhausted. I had a dream so vivid that night about a young woman, dressed in white and surrounded by the heavenly realms. It was so vivid that it jarred me awake. Once awake, I realized that I hadn’t felt the baby move, as I had been accustomed to lately. I told my husband and he got me some orange juice to try to wake her up. Still nothing, but we weren’t concerned at all, having made it this far. And we had a regularly scheduled checkup at the gynecologist’s office later that morning in Manhattan.

“It’s as if someone turned the lights off,” our doctor said in a shocked tone, while searching and searching for the baby’s heartbeat via ultrasound. Our baby, 38 weeks into my pregnancy, was gone and I was going to have to go straight to the hospital to deliver her. A baby shower had been planned for the day after Thanksgiving at our home, the nursery was ready, we were ready.

We walked out into the brisk November air and walked to the hospital on New York’s Upper East Side. Soon I was changed into a gown and given Pitocin to induce labor. I was not dilated at all and the whole labor ended up being something like 28 hours - 28 hours of sorrow, disbelief, prayers that it was all a mistake and shock. Mercifully, they put us in a room far away from other mothers in labor. We could hear the Macy’s Thanksgiving Day parade happening across Central Park - such a strange juxtaposition.

The Pitocin caused my labor to be extremely strong and painful, unbearable coupled with my absolute devastation. When they asked if I wanted an epidural I said yes - no heroics needed.

Adding to my pain and sorrow was an incident concerning the epidural itself. An inexperienced resident doctor administered the medication into my spine, but not into the correct spot and I got an instantaneous, brain-splitting spinal headache. The resident, a young woman with an awful bedside manner, simply and coldly said to me that my headache “might have been caused by the epidural.”

As the sun started to set, the time came for our daughter, Miya, to be born. We knew we were expecting a girl this time. I pushed and pushed and Miya was born still. The nurse carried her away to clean her up and I’ll never forget the sight of her limp body being taken away from me. Silent.

This was 24 years ago and hospitals were beginning to make changes to the way stillbirths were handled. A nurse suggested that we plan to see our baby and hold her and even have photographs taken of her. We agreed, though we were scared. When they brought Miya back and put her in my arms, a calm came over me and I felt such a sense of wonder and awe at how beautiful she was. Her face was already beginning to darken and her lips were a blood red, but she was still beautiful.

My husband held her and we took a few photographs of her. Looking back and hearing stories of families spending extended time with their stillborn babies and about the machines that can now be brought in to “preserve” the babies for as long as the parents need, I wish we had held her and spent more time with her. It was really only about 15 minutes and then she was gone forever. They brought me the hat she was wearing and the blanket she was wrapped in - both smelled of Baby Magic®.

They moved me into a private room on a floor with no new mothers. A social worker came to speak with me and perhaps it was her, or perhaps it was a hospital psychologist who asked me if I felt suicidal. I said, “Yes, of course I want to jump out that window right now, but I never would do that because of my faith.” I told my husband that I still wanted to try again to have another baby.

An autopsy was performed on Miya’s body and we had chromosomal studies done. Nothing conclusive came of any of the tests, so there was a diagnosis of exclusion - that there had been an unseen problem with her umbilical cord.

We had a private funeral and a public memorial service for Miya. She’s buried in the famed Sleepy Hollow Cemetery, and whenever I cross the rattling wooden bridge to visit her grave, I’m brought back to the cold winter day when we buried her. I spent many days holding a little stuffed bear that was weighted with beans and felt about the same size as Miya had. And I couldn’t get enough of the Baby Magic® smell - I bought bottles of it and it brought me so much comfort. It still does.

We went on to have two more daughters, the first one a year after Miya was born. With both girls, we induced labor at 36 weeks and I had many extra ultrasounds and doppler checks. I even rented a doppler device to use at home to count their heartbeats. We are thankful for Gracie and Isabella and will never forget Angel and Miya.

NOTE: I'd love to include a lullaby that I wrote 5 days before Miya was born and while she was still alive in my tummy. It's called "Miya's Lullaby" - but I don't know how to add it (MP3). 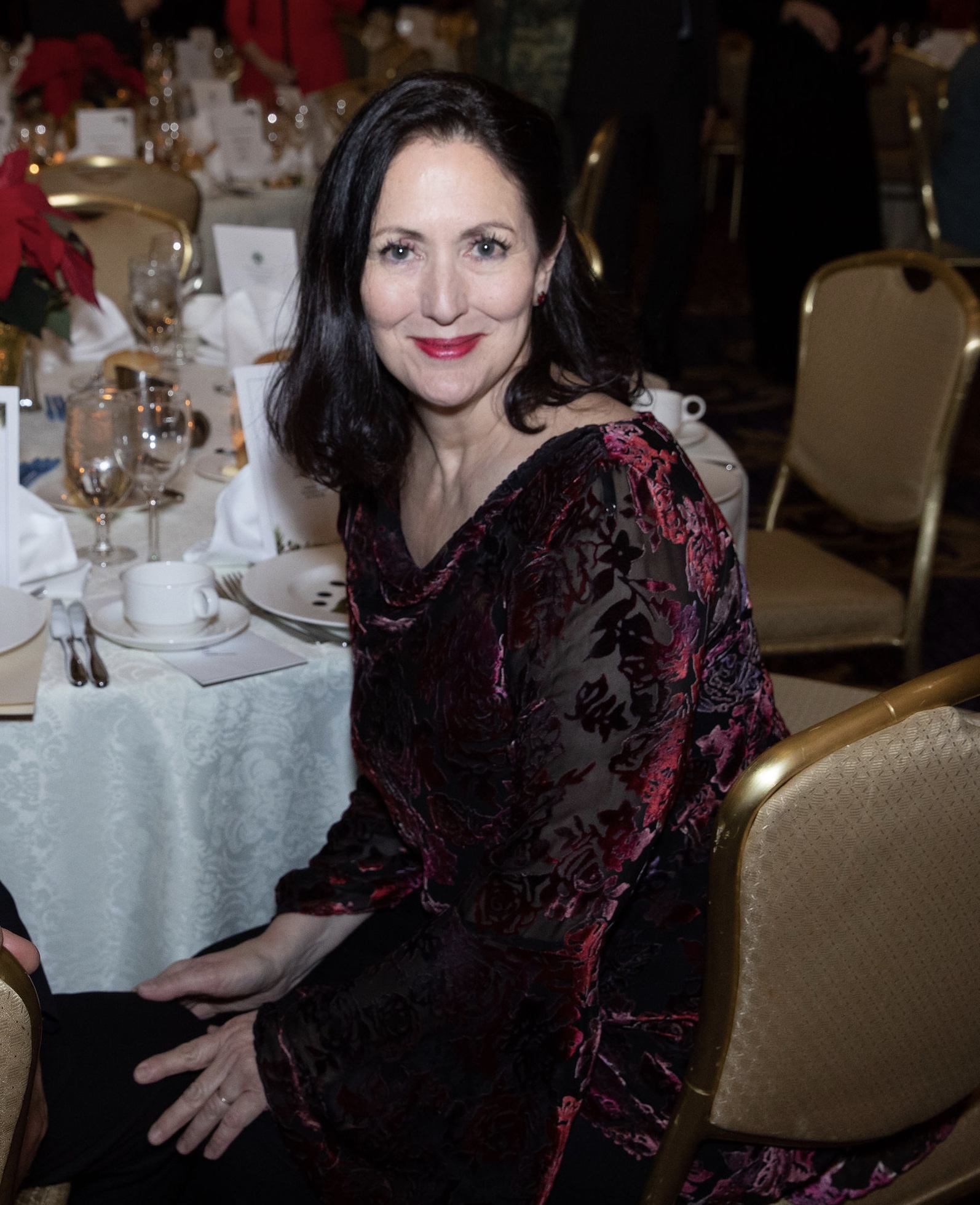 Sachi Patitucci is a professional cellist, manager, wife, mother and caregiver. She has toured the world with pop artists, recorded on films, television and recordings and appeared in films and music videos. She has two daughters and two children in heaven.

My Reluctant Natural Childbirth: What I Really Think About Unmedicated Births
What it's like to bring a baby into the COVID-19 world
Instant Unconditional Love
advertisement

My Reluctant Natural Childbirth: What I Really Think About Unmedicated Births
What it's like to bring a baby into the COVID-19 world
Instant Unconditional Love