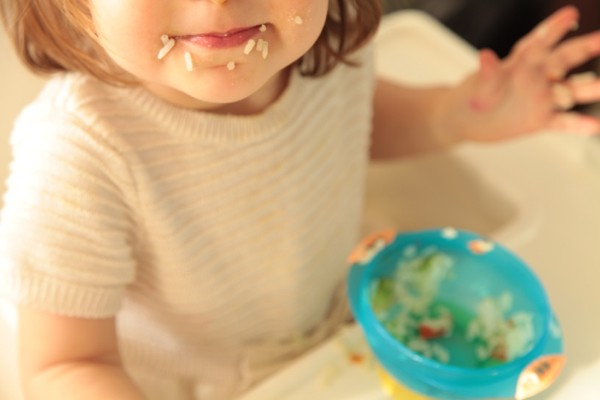 Last Saturday night, 20 minutes before we were supposed to meet friends for dinner with our kids, my 5-year old suddenly had a tummy ache. We’d made these dinner plans weeks ago. We were all dressed up and ready, the diaper bag was fully packed by the door.

“We might be late,” my husband texted to our friends.

I tried to troubleshoot. Did she just have to go to the bathroom? Was she hungry? Was it gas? Was this a real tummy ache, or something entirely different that was manifesting itself as a tummy ache?”

“We’re definitely going to be late” my husband texted.

In the end, we cancelled entirely. This was the second time in a row we had cancelled plans with these same friends at the last minute. Our excuse last time? I had peered into my daughter’s itchy hair and discovered lice.

Our friends have kids, too. They get it. Still, it bothers me that so many of my social graces have flown out the window since having kids.

Before having kids, I never would’ve been so rude as to repeatedly cancel plans at the last minute. I didn’t forget to RSVP to parties (or forget to show up at all). Once you have kids there are a million very real reasons for not showing up - illness, unpredictable nap times, sheer exhaustion. And just as often, for reasons I can’t quite articulate, I simply can’t get the girls out of the house. “So sorry!” I text by way of apology, “We were really looking forward to it!”

Unfortunately, not showing up is only half of it.

How can I teach table manners to my kids when night after night they watch me shoveling food into my mouth while I stand in the middle of the kitchen?

What about the dozens of thank you notes I’ve never written? (Although I spend weeks thinking about writing them, if that counts for anything.) I’ve all but given up on sending out birthday cards on time. For the last two years, I haven’t even bought my own husband a birthday gift on time.

Then, there are the days when I’m too exhausted or distracted to be as polite as I should be to the cashier at Trader Joe’s. Sometimes, I see people I know and pretend to not see them because I haven’t showered in days. I avoid conversations with my neighbors, because, who has time for small talk when a baby is wailing in your arms?

It’s not lost on me that while I am trying very hard to raise polite, thoughtful little humans, my own manners have slipped. These slips matter to me. I think anyone who’s raising kids deserves some slack, but I don’t want to be a rude, unfriendly person. I don’t want to be so self-absorbed that I don’t acknowledge the world around me. I don’t want to shove an entire English muffin in mouth while I’m driving my daughter to school and eat it like it’s one thing, instead of two separate muffins.

With each day that passes, making my children slightly older and slightly more independent, I’m hoping that my manners will return. I’m not promising everyone thank you notes or anything, but maybe, hopefully, one day I’ll start acting like a civilized member of society again instead of an overwhelmed parent.

I'm a freelance writer and mama of two. I write easy recipes for busy parents at Kitchenkskip.com