She’s a Broadway star. She’s a TV star. And after spending some time with her talking mom-talk, I can tell you that Megan Hilty is a total rockstar. 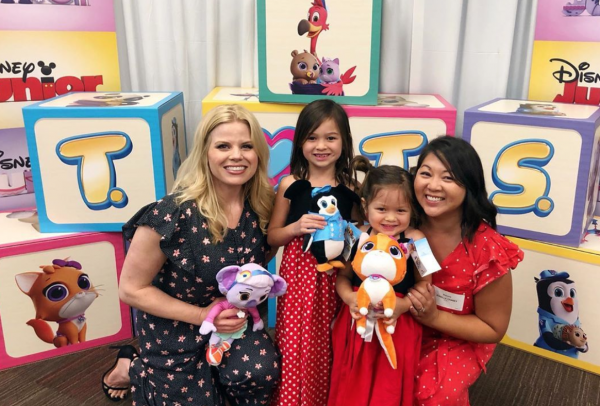 Megan Hilty (Wicked, 9 to 5, Noises Off) is an LA Mama just like me and the Mommy Bloggers that I brought to the Disney Channel last week for a special screening of the new animated kids show T.O.T.S.. Meagan juggles it all while handling family and career. But to look at her that day, she seems to do it so effortlessly. Being the down-to-earth girlfriend that she is, Megan admits we are just all “tired mamas”. That is so true sista! I was standing there with about a pound of concealer under my eyes while drinking a Cold Brew and high-fiving a room of gal pals who totally get it.

MEGAN HILTY IS A ROCK STAR

Wearing a black and white dotted jumpsuit with pink sakura flowers on it (and not one coffee stain anywhere!) she makes motherhood look easy. Actually, she makes it look FABULOUS. She showed up to the screening of her new Disney show with a big smile on her face, looking absolutely radiant with a bubbly approachable energy about her. Megan stars as KC the Koala in T.O.T.S. While taking on the role of this adorable singing Koala she’s simultaneously raising a family of 2 at home. Her son Ronan, has just turned 2. And Viola Philomena will soon be turning 5! 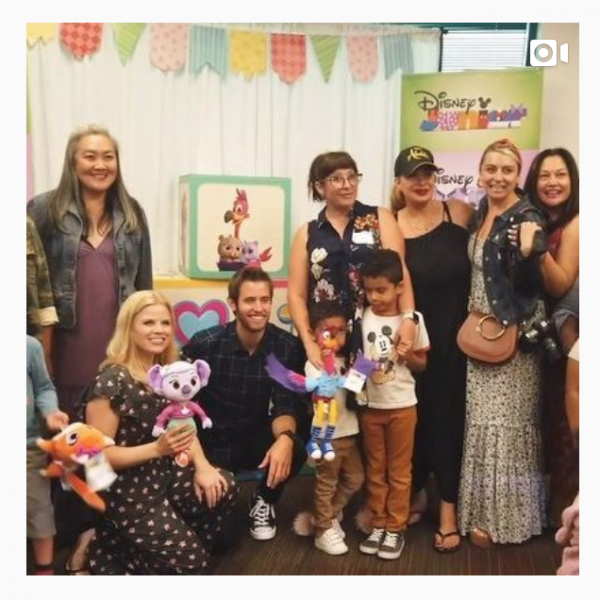 After the Momtourage crowd of Mom Bloggers watched 2 episodes of T.O.T.S in the screening theatre, all of our littlest ones were running around in a Baby Shower themed party room! The Disney chefs created a luxurious tablescape for Brunch filled with finger sandwiches, cheeses and macaroons. (See the full menu here.)

I mentioned to Megan that I didn’t see her little ones at the party. She explained that her kids are coming to a later screening in the afternoon and that’ll be their first time experiencing a full episode of the show. She said they’re really excited about it, as is she! But I wondered if she thought her kids would be able to understand that KC The Koala, is actually Mommy? We had a laugh at how funny it is to work in the entertainment industry while raising little kids at home who get to do some really fun stuff because of our jobs, but we’re not entirely sure that they really “get it”- get what we do for a living.

A 3 year old little girl who’s the daughter of a Mommy Blogger at the party was told she could meet Megan Hilty “the voice of KC the Koala”! She looked at us like we were crazy. It didn’t connect that this real-life pretty blonde lady was actually the cartoon koala that she had just been watching in the big screening room. It was so cute! She ran off to play with the little figurines Just Play Toys had displayed for all the little ones. That was the KC Koala the 3 year old girl was most interested in

THE JUGGLE IS REAL

It’s the last week of school for many parents in Los Angeles and things are really heating up. The sun is out and the schedules are packed. Our party was on the calendar for the same week as so many things, including Last Day Of School Party for my kids! (And I’m the Room Mom for my 7 yo so I was jugglin jugglin). Hey Mama Co retreat in Hawaii was also happening, at the same time as annual LA beauty conference Bloom Summit was wrapping up and SoCal Moms had just hosted The Great Big Family Play Day! In a nutshell, the school year for California kids was wrapping up fast and furious and filled with lots of fun.

I’m so grateful for the Influencer Mamas who showed up in the morning with kids in tow, and ready to post live pics about this show! A few of us influencers were able to get in one last hurrah with girlfriends before everyone split for those long Summer vaykays and camps. I felt beyond lucky to spend time with so many lovely ladies as we were being entertained and served a gourmet brunch! Our kids were entertained with tons of stuffed animals from Just Play Toys and playsets with all their favorite characters. This Disney Brunch Party was the perfect way to kick off Summer.

Disney Channel PR started us all off with Starbucks as soon as we showed up at 10:00am and sent us off with adorable plushies and very happy kids. The amazing women I worked with on this event are Moms too so they tooooooootally get it, and I love them for that. Every Mom left he party having snapped a photo with one of our favorite actresses Meagan Hilty , plus fun toys for the kids and an exclusive event experience with Disney Channel. Our pics are al over social media if you search Hashtag #disneytots

I have to say there were two surprise bonuses that I didn’t even know about until the very last minute! I got to introduce the Creator and Executive Producer of T.O.T.S. Travis Braun (Vampirina, Muppet Babies) to the crowd. He spoke about his show and answered questions from Bloggers. When you see our pics you’ll probably spot a tall young man with a nice smile playing right alongside our kids. That’s Travis. Nicest guy!

The other bonus surprise was the Just Play Toys T.O.T.S Playset being mailed out to all of my guests! As I write this blog article, gifts are being sent through the mail. I promise to share with you on my social media outlets so make sure you follow me on Instagram and watch the stories. 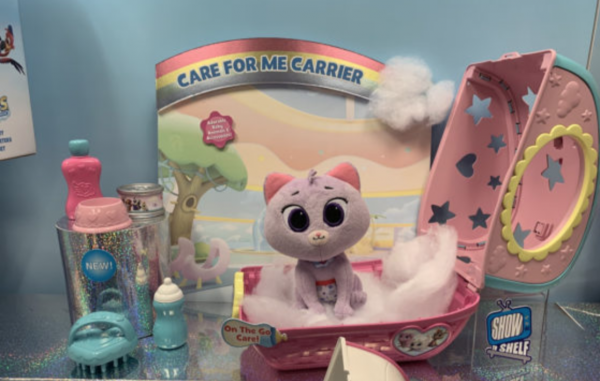 Momtourage Media Brands is so excited to bring you another BTS from one of our events. We really appreciate that positive programming from Disney for our littlest ones that Disney does. And they do it like nobody else. Be sure to watch T.O.T.S. Friday, June 14 on the Disney and Disney Junior! 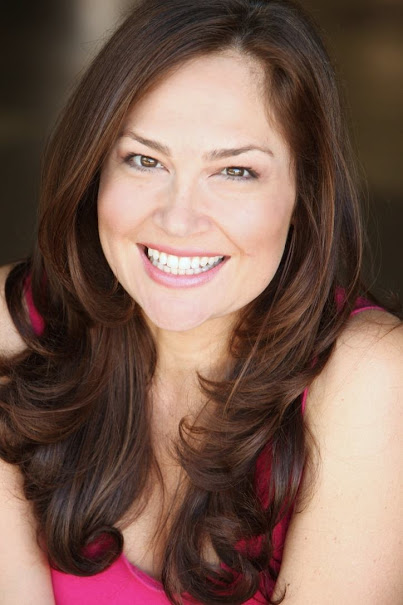 Longtime Southern California Morning Radio Personality & TV Host raising kids on a ranch outside LA. Kristin's own Production Company curates Live & Digital Marketing Events for the entertainment industry, made especially for Mom Bloggers! Her clients include Disney Channel, Marvel, the Air Bud franchise & more. Kristin writes about her company on her Company Blog "Momtourage". Moms working in New Media can find creative content ideas there, entertainment trends, discussion starters & tricks of the trade from an Entertainment Veteran. Email Kristin@KristinCruz.me if you live in LA & would like to attend one of her events. Apply to the MomsInMedia Group on Facebook for a sisterhood of supporters, special perks & exclusive invites.

GREEN CHRISTMAS WITH DISNEY CHANNEL’S BIG CITY GREENS HOSTED BY MOMTOURAGE®
Why I gave my daughter a YouTube channel for Christmas?
My Tip For Fun: Connecting With Other Moms Online, Helps Me Connect With My Kids
advertisement

GREEN CHRISTMAS WITH DISNEY CHANNEL’S BIG CITY GREENS HOSTED BY MOMTOURAGE®
Why I gave my daughter a YouTube channel for Christmas?
My Tip For Fun: Connecting With Other Moms Online, Helps Me Connect With My Kids