Published by Whitney Dineen on November 11, 2017

Who does she think she is? It’s a question we’ve all probably asked about someone at one time or another. It’s a question usually reserved for a girl or woman who presents herself with too much confidence, too much self-assuredness. A question we hope no one ever asks about us.

I was recently at a carnival for my little girls’ school. This festival is a yearly event and the source of much hard work by the parents, and even greater anticipation from the children. The Gymnasium is transformed into a gaming haven. Game cards are marked depending on how well a child does shooting hoops, golfing, popping balloons with darts, etc. When enough checks are accumulated, the cards are turned in for prizes sure to delight.

A snow cone company comes in and offers a zillion different kinds of tempting flavors; pina colada, watermelon, and blueberry ice to name a few. Bounce houses are erected. Each class assembles a themed basket for a silent auction; from camping, to ice cream, to family movie night . . . the contents are enticing crowd pleasers. Raffle tickets are sold and an array of prizes are won; everything from organic meat, American Express gift cards, and lawn furniture to books.

Books, this is where I come in. There I am standing in the stifling hot gym waiting for my kindergartener at the ‘pick a lollypop game.’ I’m on the verge of having a flashback panic attack to the Dire Straits concert of ’86 where there was a near stampede to leave the venue at the end of the show. The same concert I credit for my fear of large crowds and the onset of what has become lifelong claustrophobic tendencies. But I digress . . .

‘The lollipop game’ is situated right next to the stage, which is overflowing with raffle prizes. A couple of mothers are perusing the selection, talking animatedly about what they hope to win. They eventually stumble across two gifts bags containing books; my books. Books I was asked to donate to the cause.

Mother One (let’s call her) opens a bag and pulls out my two middle reader stories. Mother Two opens the other bag and finds two of my romantic comedies and my new humor release on motherhood. And that’s when it happens.

Mother One demands to know, “Who does she think she is?”

Mother Two inserts, “Why in the world would she think we want to read her books?”

There I stand wondering if I’ve somehow fallen into a grown-up version of the movie Mean Girls. I want to join their conversation and explain that I was asked to donate my books by a mother who’d actually read them, and enjoyed them. But of course I don’t. Instead, I take my six year old’s hand and move briskly toward the door leading outside, where I commence taking deep breaths for the calming effect.

For the record, I don’t know Mother One and Mother Two. We’ve crossed paths a couple of times, but the encounters were so brief as to be negligible. No great insights were shared, clearly no friendships were formed, yet obviously I made a negative impression.

Their questions got me thinking though. If these women had ever read anything I’d written, their take-away could never be that I think myself superior to them in anyway. My middle reader stories are about a girl who moves during middle school. She feels alone, afraid, and ostracized. Having relocated twice during my formative years, I wrote about what I knew.

My romantic comedies are about heroines dealing with the same insecurities and fears that I often faced in my own life. My motherhood book is a memoir. It’s all me, laying myself open in the most exposed fashion, veritably bleeding truths and vulnerability.

But really, who do I think I am? Well, I’ll tell you. I’m a middle-aged woman with two young children striving valiantly to keep my head above water. I write books for a living. It’s my job, much like the farmer supplying organic meat or the massage therapist who donated an hour-long massage. It’s how I pay my bills.

I’m a woman who thanks God daily for the blessings in her life, as they so easily might have never been. Four miscarriages were not an auspicious start to my dream of motherhood. Stage-four cancer nearly took my husband’s life when my daughters were very young. I’m a woman who’s so darn grateful not to currently be in the middle of a shit-storm, I could cheer!

I try hard not to make snap judgements about people, judging their books by their covers, as it were. I have no plans to confront these women and try to make them see me for who I really am. I hope to release feelings of anger and bitterness, in time. I’m going to plaster a big smile on my face and continue to help at my daughters’ schools as much as I’m able. But I’m also going to do my best to make sure my girls grow up to be secure women, confident in their abilities and talents. I plan to make sure they have room in their hearts to embrace the gifts of others and not feel belittled by them. I’m going to teach them to know exactly who they are, so when the mean girls of the future ask that very question, they’ll know the answer. 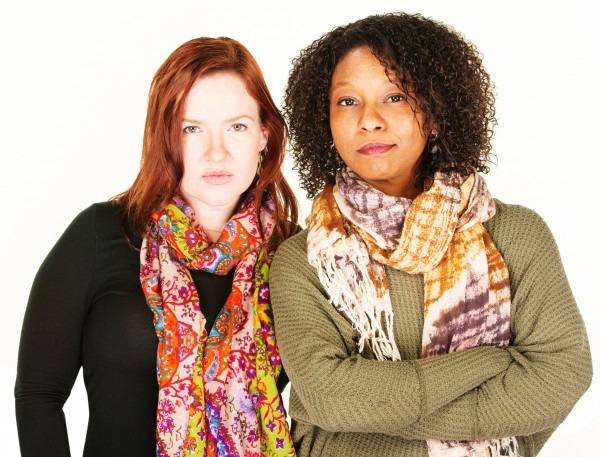 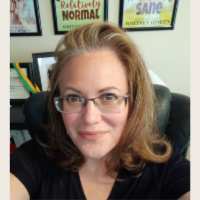 Whitney Dineen is a multi-award-winning and Amazon #1 bestselling author of mommy humor, romantic comedies and middle reader fiction. Whitney considers it a good day when her clothes aren't inside out.