Published by Melanie Forstall - Stories of Life, Love on March 8, 2021

We've all seen the comments. We've all read where the blame has been precisely placed. The masses bring up the fact that Meghan Markle has family estrangement on both sides — and they blame her for it. Instead of assuming that she's crazy, have you thought that maybe she's healthy? I know she is, because her story is my story, too.

“You’re on an island, Melanie," she yelled at me. "An island alone!”

Her words were, in part, a statement of what she thought was the obvious; and as a much larger part, an attempt at shaming me.

From an outsider’s perspective, yes, I may be on an island, alone in my unwillingness. Some may call me stubborn and that my actions will be frighteningly regrettable. Others may say that I should be ashamed.

I can’t say that I’m estranged.

I can’t say that the relationship is very complicated.

I can’t say that I’m working on boundaries and keeping myself out of dysfunction.

So, I keep them inside.

Some may say I’m unwilling, and there is truth to that. I am unwilling to participate in dysfunction. The challenge is that I’m the minority – usually dysfunction, or status quo, makes everyone else happy. For many, status quo is predictable and easy. It’s the way we’ve always done things. Just because it’s the way it’s always been, doesn’t mean it’s right. Challenging the status quo is essentially upending life for the exact people who find comfort in it.

Part of my unwillingness comes from the years of therapy. Once you’ve had the breakthrough, it’s practically impossible to go along for the ride. The status quo no longer makes sense to you. When you sit in the middle of a completely unhealthy exchange, and everyone is going along with it, you sit there feeling like an alien dropped in from outer space.

I’ve often felt like I was the one with the problem – why can’t I just go along with madness?

Maybe because I’m not a narcissist. Maybe because I prefer honesty over easy. Maybe because my expectations of other people are too high. Just because I’ve been in therapy and can see the madness, I expect others to do the same. Maybe it’s because I don’t know how to reconcile the truth when it’s juxtaposed with other people’s insecurities and deep-seated needs to always be right and in control.

One way to look at it is that islands are isolated and often located out in the middle of nowhere. As people use this against you, this is the perspective they will take. Calling you an island will be a name used to shame you. Being an island is a bad thing.

I try not to give credit to the names people call me. Those identifiers do not define me. But I’m looking at this in another way. In this case, I may be some sort of island. I don’t know much about islands, but I do this: Herds of people flock to islands every year because of their beauty, serenity, and peacefulness. Plenty of beautiful, exotic plants and trees grow on islands that aren’t found anywhere else on land. There are so many unique creatures that only live on islands. Islands whether storms; they harbor breeding grounds.

Do you hear what I am saying? People make the choice every day to leave the mainland to visit islands. They make the choice to go there. There is beauty and serenity that exist on islands that doesn’t exist in the same way on the mainland. Isolation may actually prove to be a better environment for fertility and the fostering of growth and life than somewhere else that’s filled with lots of people.

I am an island.

Because of estrangement, my proximity to other people may resemble an island, but that doesn’t mean my life isn’t fruitful, serene, and full of beauty. Sometimes it is the dividing ring we draw around ourselves that is actually what sets us free to bloom in grow in ways we never could before. 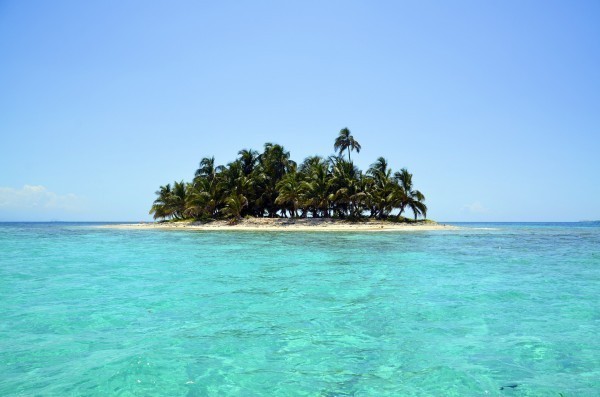