Published by Tales of an Educated Debutante on April 30, 2016 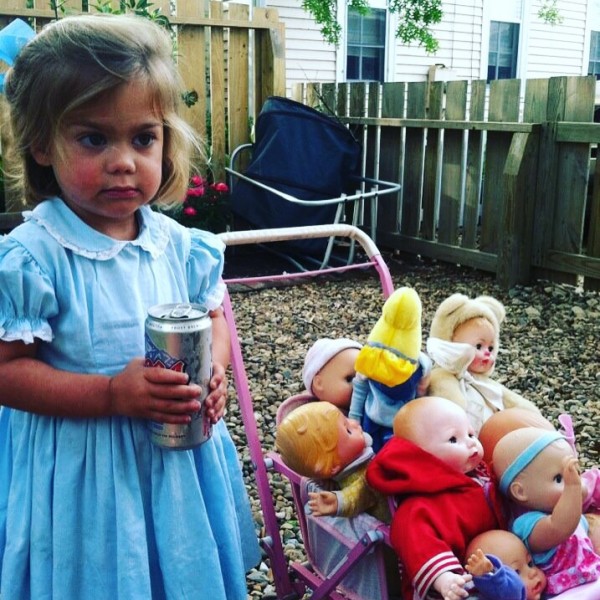 If you have not heard of the newly coined controversial term "meternity," allow me to give you an abbreviated version. Unlike maternity, it is leave available to women of childbearing age who don't actually have children. Ummm, this is called a sabbatical. The unmarried 35-year-old author and brain behind this concept felt she was being left behind as she watched her colleagues leaving for months-long breaks — hence, her catchy concept of "meternity." Her rapid fall began with that single vowel change.

RELATED STORY: 'Meternity' leave: Should people without kids get extended 'me time'?

Yes, our innocent heroine made an unfortunate and crucial error. Miss Meternity has created a juxtaposition that would make Charles Dickens blush. She has unwittingly walked into a lions' den with her comparison of real "maternity leave" and her novel concept of "meternity leave." This glaring error has left her running for cover from the seemingly thousands of mothers that are up in arms over what is perceived as completely ridiculous. These comments alone came from my friends and popped up in my morning news feed:

"She is completely delusional."

"Being sleep deprived, pooped, puked, and peed on isn't my idea of a vacation."

Hell hath no fury like a woman scorned, and the author of "Meternity" has run for cover and is likely pondering options like the Witness Protection Program.

Poor devil. I am left feeling a bit sorry for the woman who is not much younger than I am and I'm sort of envious of her blissful innocence. Perhaps embarrassed, though, as I think of myself, prior to marriage and children, confidently asking people if they were going to have MORE children. My multiple graduate degrees in early childhood seemed like all I needed to know for the game of motherhood. Though I never pondered maternity leave, I was potentially dangerous in my egocentric thinking.

I love the concept of "meternity"; any mother would love it. The idea of a break to think and ponder your position in this world without simultaneously making lunches, cleaning up puke in the airport, and wrestling your iPad away from your children. It's hard for me to imagine what that could be like for more than a few hours and when I do escape for a rare weekend, I am on standby by for schedule explanations, babysitter options, and meal suggestions.

The problem arose when she tried to prove the relationship between "meternity" to maternity, and detailed her own fledgling and terribly ignorant comparisons in her book, titled "Meternity." It is riddled with statements such as these: "It seemed that parenthood was the only path that provided a modicum of flexibility"; "I may not have been changing diapers, but I grappled with self-doubt"; and the kicker, "I want kids in the future, and I might still take a traditional maternity leave. I might not." Yet, in the wake of the outrage of mothers everywhere, she says this: "I’m not saying maternity leave is a sabbatical." Hmmmm, I'm confused.

Do you know what her biggest problem is? She needs friends with kids — real friends, not the prideful people at work that have supported her view of maternity leave as ice cream and rainbows. I would never have allowed someone that I loved to take a year and a half off work to write something that I knew would get her annihilated. She wrote on a topic for a year and a half and never once thought that the mothers out there would be pissed? Equating maternity leave with diaper changing leaves mothers dumbfounded. And, the maybe not taking maternity leave?! Is it even an option to give birth at work during one's lunch hour? The real analysis would surround the length of maternity leave and again, where were her friends? Her mother? A cousin? Anyone? Please come forward if you are out there.

"A 'meternity' done right should be challenging. It should be about digging into your whole life and emerging from it more confident in who you are." I think she's on to something here as I emerge from those early years of motherhood and I am, indeed, finally more confident in my own abilities ten years later. I wish I had known to swallow the self-doubt that plagued me in the beginning and embrace the transition into motherhood as an event instead of a mere transition. I hope that she will get married and have children and all I ask is that she write a book detailing the horror at her own words. I can read it when I take "meternity."