Make College an Option Not a Necessity 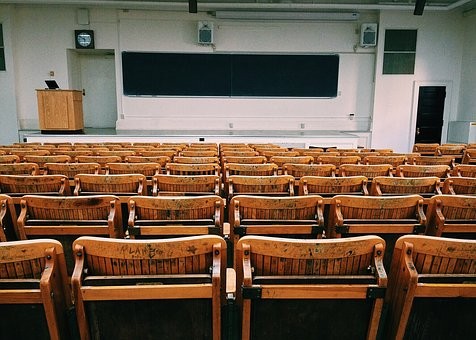 Call me old school. Call me behind the times. Call me what you will, but my stance on continued education will not change.

I never attended college. Neither did my husband. Growing up the 60’s not everyone’s family could afford to send their children to college, and at the time, it wasn’t a necessity to secure a job. But now, in the 21st century, if you don’t have a college degree most companies won’t even look at your resume. My nephew became a police officer at a department that didn’t require college credits. That same department now requires newly hired officers to at least have an associate’s degree.

I’m not saying that I don’t think a college education is valuable - it absolutely is. But it’s also extremely expensive. Did you know that private colleges charge almost $35,000 per year for tuition? That means that by the end of your child’s four-year degree they’ll owe nearly $150,000, if they don’t receive any scholarships. With over $100K in college loans, graduates need a guaranteed, high-paying job to even have a shot at making a living!

I’m a big advocate for vocational schools and learning a skill set. Perhaps it’s because my son never benefited much from the generic educational system. He was a high school dropout who eventually got his G.E.D but not after putting me through hell. He ended up attending a technical training school and became an electrician. He has turned his life around and is now equipped with a useful skill that people will always need. No matter how many computers or machines are developed, nothing can replace certain crafts performed by trained individuals. There are a lot of great schools available that will teach students life skills they can capitalize on later and turn into technical careers. And they can do it all without racking up hundreds of thousands of dollars in debt!

But then take my niece and even my daughter, for example. They both attended four year colleges. My daughter decided to commute and received scholarships and some help from her grandmother, which led to little post-graduate debt. But she also majored in communications, which left her with a very non-specific degree. She currently works for a marketing company but only after bouncing around between several other, unsatisfying jobs. My niece attended an ivy league school and even went on to obtain her master’s degree in psychology. She is currently a practicing school psychologist doing very well for herself. But, she needs to be, because her student loans far exceed the three-digit mark. She’s happy. She loves her job. But she’ll need to work many years before she'll actually sees a profit.

So, my feelings on continued education are this:

Major in Something Specific

My daughter wishes she had majored in something that offered some type of job security, or at least a clear path to her future. Her degree was extremely broad and left her unsure and unqualified for many of the positions she thought she might want. If she could go back, she’s mentioned majoring in counseling, journalism, or even getting her realtor license, which she can still do! But whatever major you choose, I think it should be in something that offers a clear end-game.

I know, some parents reading this might jump up and down and tell me I shouldn’t tell their children not to go to college, and I’m not. All I’m saying is that there are other avenues you can take if college doesn’t seem right for you. Also, more and more adults are obtaining their college degrees later in life, whether it be online or on campus. Options for education are endless and vast. Perhaps learning a skill or attending cosmetology school fits you and your life goals better. And that’s okay!

Value Yourself, No Matter What

I never went to college and led a very successful life. My husband never attended college and has always worked and provided for our family. If upon high school graduation you’re still unsure of your path, don’t worry. There are middle aged adults that still don’t know what they want to be when they grow up. As long as you’re working toward a goal and are willing to work hard for what you want, you will succeed in life. Try to find something you enjoy doing because life is way too short to be stuck in a job you hate.

I love and support my children, grandchildren, nieces, and nephews. They’re all successful in their own way and followed their own paths. There’s no right or wrong answer when it comes to continued education. I think it’s important to keep your options open and always follow your dreams!

‌ 6 Student Loans Facts Parents Need to Know About
What are the Options for Kids Who Don't Want to Attend College?
Guiding Our Children Through School Transitions: Off To College
advertisement

‌ 6 Student Loans Facts Parents Need to Know About
What are the Options for Kids Who Don't Want to Attend College?
Guiding Our Children Through School Transitions: Off To College