Love Her While You May

The phone rang, and my body tensed, just as it had for the last two days whenever the phone rang. I was waiting for the call. The one where the voice on the other end of the line would tell me, "She's gone, Jacqui. Mom died."

This was the call. Not a false alarm like the day before, when I breathed heavily in sadness, trying to picture the vigil around my mother's rented hospital bed in her living room. While she lay in a tiny suburb of Toronto, I was shielding my eyes from the bright California sun. I had skipped Thanksgiving dinner, because the nurse was sure was that it was going to be time. It wasn't. And now, on Black Friday, my phone was ringing.

Through his tears, my brother told me that the end was near. Even more than 2000 miles away, I knew he was right. On speakerphone, I could hear her breathing. It was loud and rough, and sounded like a coffee maker percolating --gurgling. "Jacqui," he whispered, "the nurse told me that it's not uncommon for people to hold onto life and not die when someone they love is about to give birth. The nurse thinks she's waiting for your baby to be born." I gasped. This baby wasn't coming out any time soon, and my mother had been in a drug-induced coma for a few days already. I didn't have a crystal ball, but having had two children before, I knew how my body felt when it was preparing to go into labor. I was close, but not that close. Hot tears started to stream down my cheeks, one after the other, at a fast pace. "But I just came from the doctor," I told him. "It's not going to happen for at least two weeks!"

"Well, I think she may be right. Do you want to talk to mom?"

He put the speakerphone close to our mother’s body, and I took a deep breath. I had done this several times over the last few days. Talk to her, I mean. I told her about what my kids were doing, what we were thinking of naming the baby; how much I loved her; how my brothers and I were always going to stay close. Words of comfort. Comfort for her, and comfort for me. This conversation was going to be different, though. I felt something grow heavy in my heart, and I knew I had to let it out. "Mom," I sobbed through thick tears, dripping onto my maternity pants and making a big, wet circle on my thigh. "Mom," I said again. "The nurse thinks you may be holding on, to hear about this baby being born. But Mom," I paused, the words pushing heavily on my chest, as if refusing to come out, "he's not ready. You can let go, Mom. It's ok. Let go." My body was trembling and shivering, and I couldn't stop crying. My husband, ever the sensitive soul, watched me like a statue as I had to force myself to say those words. When they were out, his arm wrapped around my shoulder, like a crane resting on a building. Nothing could be pleasant or soothing at that moment.

Gurgle gurgle. "Sob." "It's ok, this is normal." I wiped my nose with the cuff of my sleeve, since the box of tissues was now empty, and getting my full term pregnant body up off the couch to grab another one was more than I could bear in that moment.

"It's happening!" My brother screamed. *Pause* "It happened?" I asked. My brain was trying to imagine the scene at that moment, so many miles away, but the thoughts weren't forming. "Is she gone?" I said again, almost as if this was a false alarm, and perhaps she woke up, healthy and cancer free.

The next few minutes and hours were a blur. I couldn't process what had just happened. My mother had died in Toronto from pancreatic cancer, while I sat on my brown living room couch, nine months pregnant in California. As my brothers prepared her funeral, I stared out the sliding glass windows into my backyard. I wouldn't be there. No airline will let a full term, due-any-day pregnant woman to fly. I wouldn't be there.

I did see her funeral, later on that Sunday, when my eldest brother face-timed me to watch the clip on his computer. And I cried as I felt my baby kick as I watched the rectangular wooden box being taken to the edge of the cemetery.

Twelve days after my mom died, my son was born.

I'll never know if my mom let go after I gave "permission" for her to, but it's something that I think about often. Just as I think about so many other memories that I have of her. The same ones that I'll tell my kids about as they grow and begin to forget her...

The lesson that I've learned through all this, through the loss of my mother at such a tender beautiful time in my life is this: 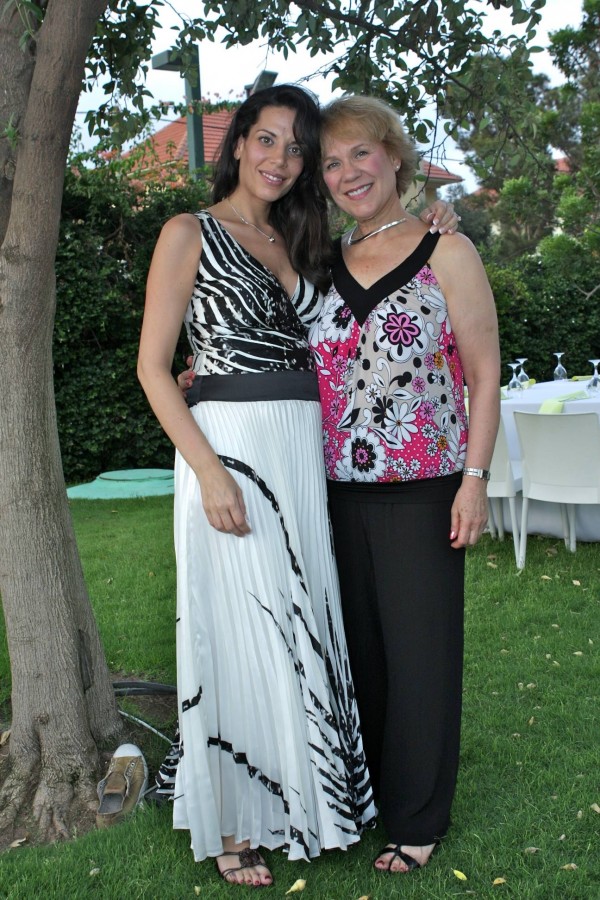 "You who have a mother, love her while you may, for the world is quite another, when she is taken away." --source unknown

Mommy of Identical Twins
Mommy, When Will I Have a Sister?
All the 'Big Brother' and 'Big Sister' shirts never worn
advertisement

Mommy of Identical Twins
Mommy, When Will I Have a Sister?
All the 'Big Brother' and 'Big Sister' shirts never worn