Looking Into The Eyes of a Mother, Addicted

Published by Alison Chrun on September 8, 2015 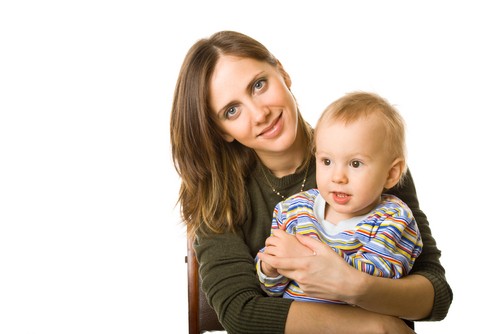 If you think you’ve never met a mother, addicted, you’re wrong. You’ve met her; you’ve seen her around, completely unaware of her addiction(s).

She’s the woman you passed in the grocery store last Tuesday. You can recall her soft apology when her son didn’t move after you said, “excuse me.” You gave her a half-smile filled with compassion and nostalgia as you reminisced of the days when your kids were young, and you said, “it’s ok, dear.” You hadn’t an ounce of judgment to pass on her when you saw the wine bottle deep within the cart next to the Go-Gurt and juice boxes. You were sure she deserved a drink after the hard days of wrangling and chasing her toddler around. A glass of wine wouldn’t hurt anyone.

But what if you found out it was three glasses of wine she would consume that evening, and every evening after that? And that bottle you saw was the third one this week. How compassionate are you feeling now?

She’s the woman who drops her daughter off late every day to school, some days not at all. You know that because you volunteer in her classroom and watch her scramble towards the door, disheveled and scattered as she attempts to kiss her daughter goodbye, but is purposely ignored. You watch the little girl stumble into class, embarrassed and angry. She carries a weight so heavy and all-consuming, as you glance over at your child laughing, light as air, the guilt is unbearable.

You fill with anger too and the judgmental thoughts race around and multiply as the days pass on and things get worse.

She’s the woman standing on the off ramp at the corner of Fear and Desperation begging for money to feed her cravings. You see her as less than you. And while you pity her conditions, you “know” she’s chosen the life she leads.

Yet you haven’t a clue of the environment she’s grown up in with a gang affiliated father and an emotionally absent mother. You haven’t a clue that she was raped as a young adolescent, and began having babies when she was 15, or that she’s three months pregnant with her fifth child, and will be shooting up heroin until she goes into labor.

You’ll never know how many times she’s tried to get off the drugs and stay clean for her kids. She aches for them, and cries for them every second she’s sober, but the demands of the court have her jumping over endless hurdles without a finish line in sight.

She fights with a disease every day but gives in when it becomes too painful to go without. Her resources are sparse and her family has given up on her altogether. Two of her children bounce around foster care while the others live with their gang banger father.

The mountain feels too heavy to move, and she’s convinced herself she’s not worthy anyway. She’s continuously harassed by men and judged by the women passing by in their cars, and she can’t shake the haunting stares of the children sitting in the backseats, reminding her of her own.

One thing is clear, addiction does NOT discriminate, but we sure as hell do.

How has every addict mother, coming from every different genetic code, upbringing, race, socioeconomic status, ethnicity, or culture ultimately ended up in the same place, desperate for help and fearful of judgment?

Four words: Addiction is a disease.

When I look into the eyes of an addict mother who is howling in pain and desperation, who wants nothing more than to have the presence and love of her children, my heart screams with sadness.

There are worlds of differences that set us mothers apart, but the love we share for our children ties us together and bonds us as one.

If an addict mother looked you in the eyes and pleaded with you to fix her, to save her, and save her children from all the wrongs in the past, if she begged you to make her better would you believe her addiction was a choice?

I’m moved beyond words when a mother ­– so hard on the outside, can break wide open and expose every ounce of trauma she’s experienced. With a gut wrenching yearn to keep her children and create a life worth living for them, I am humbled to my core.

Moms, we are one in the same.

The love for our children exists all the same, regardless of the differences.

Isn’t that saying something?

We may not all be able to show love the way we hoped to, or the way our children deserve, but it doesn’t mean it doesn’t exist.

Love is the only thing that exists.

So when you look into the eyes of a mother who is addicted, and you fear her differences.

Meet her with love.

Alison Chrun is a wife and mother of two who writes about parenting, relationships and self-development on her blog Appetite for Honesty. She's a mental health rehabilitation specialist who is currently receiving her Master's degree in Marriage and Family Therapy. Find her on Facebook and Twitter.

Julia Roberts Gives All of Herself to Her Addict Son in "Ben is Back"
I'm an Addict and Alcoholic, But Having Children Saved Me.
What if I die? Every mother's fear
advertisement

Julia Roberts Gives All of Herself to Her Addict Son in "Ben is Back"
I'm an Addict and Alcoholic, But Having Children Saved Me.
What if I die? Every mother's fear