Published by Jacque Gorelick on October 3, 2017 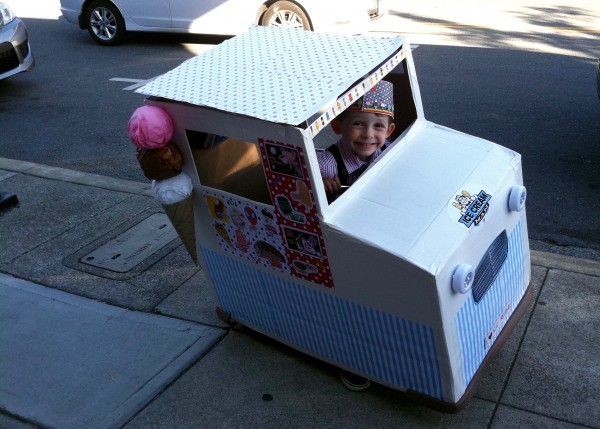 When my son was three, he was obsessed with the ice cream man! So much so that he could hear the faint sound of the telltale music before anyone else on the block. Off down the street he’d run, money clutched in hand, waving and jumping ecstatically in the summer sun.

He had favorite "go-to" choices, but part of the fun was making his way down the list of colorful images and trying every kind of icy treat available. By the time he was four, my son had sampled 47 types of frozen dessert on a stick...and was on a first name basis with our ice cream man, “Dave.”

At Back to School Night, his teacher put together a display of little maps the children had drawn of their “hearts,” and all the special things they loved. Right in the middle of my son’s heart — squeezed between his favorite stuffed monkey and a stick figure family of us — was a drawing of an ice cream truck and the letters D-A-V-E displayed above in red crayon. My husband and I laughed hysterically at the fact that our neighborhood ice cream man had made it into one of our son's school projects.

It was a surprise to no one when he announced he wanted to be an ice cream man for Halloween. I knew I needed to come up with something he could actually “drive” so, with an enormous box, his tricycle, and LOTS of duct tape, I got to work! 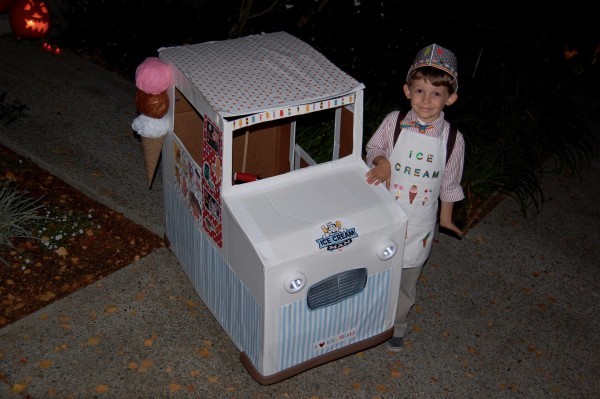 Even though it was over the top, creating his ice cream truck became a labor of love. Watching him drive around our town, playing old-fashioned music and proudly dawning his ice cream uniform, made it all worth it. He even won the costume contest at our local Trader Joe’s!

As he’s gotten older, we’ve had our fair share of store-bought costumes and low-maintenance Halloweens; which makes me happy we went all out when he was young — and nothing made him happier than becoming the ice cream man! 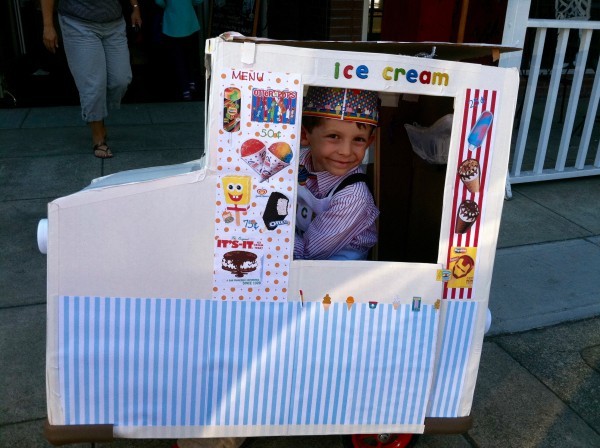 My Father Was a Teacher
To My Father-in-Law: Thank You...
On the Potty Training of Toddlers
advertisement

My Father Was a Teacher
To My Father-in-Law: Thank You...
On the Potty Training of Toddlers