A roller coaster ride is great fun. Isn't it? Ten years back Russell and I had occupied adjacent seats on the roller coaster here at the Disneyland Park in Anaheim, California. Those few moments of sheer madness, fear and joy that we both had shared were to give way to something bigger and better. Little did Russell or I know that our partnership was too last longer than that roller coaster ride or for that matter that that rush of the adrenaline that we had both experienced together soaring high above the ground was to sustain itself but in a different avatar. The rush of the adrenaline that we had both felt that day was to leave an indelible impression on us and on Jack, the third member that got added when we became a family.

Ever since the first meeting by chance that Russell and I had at the Disneyland Park, we have been here several times, first before we got married, second after we got married and then we became regulars when Jack, our son was born. They say that there is a child hidden in every man. They say that the thrill of being on a roller coaster ride is not meant only for children but also for adults.

That day as we had stood in the queue waiting for respective turns to occupy seats on the roller coaster, we had first looked at each other with hardly any interest. As people from the last ride were leaving the premises, still yet to fully come out of the sheer ecstasy of being on the ride, I could overhear an old lady give that violent and angry stare at her husband. The lady made no bones of the fact that she was unwilling to sit on the roller coaster in the first place and that it was the last time she had ever taken a roller coaster ride. She was visibly shaken, nervous and was giving her poor husband a piece of her mind in full public view. I reconsidered my decision to sit on the ride for a second.

With a fist clenched in nervousness and butterflies in my stomach, I pushed back from the queue, having decided to opt out of the ride. It was then that Russell poked me with his uncanny and sly chuckle on his face. Not in a mood to even look at him, I looked back at Russell somewhat in anger and somewhat out of my best efforts to hide my fear. Even before I could utter a word, he looked into my eyes with a reassuring look and extended his hand to hold me. Still not convinced about the ride and certainly about my ability to handle the goose bumps, I refused his offer. That was when he assured me that he would be my side at all times and once again extended his hand for me to hold. There was a calm confidence in his eyes that was reassuring. Probably a better word for that assurance would be “trust”.

Even as Russell and I took our seats next to each other, I looked at him with a clear sense of both despair and trust. As the ride took off soaring high in the air, I looked downwards and while the sight was beautiful and one to behold in my eyes for the rest of life, it also injected a deep sense of fear. Russell held my hand once again before and held on to him as tightly as I could, in the process digging my nails into his soft skin. He continued to hold my hand for the rest of the ride as we together experienced the rush of adrenaline in our bodies.

That roller coaster ride had taught me if not about anything else, but about the rush of the adrenaline that we feel when we get excited, angry or energized. The thrill and the joy of the roller coaster ride like any other adventure lies in cheating death. When death and danger stare you in the eye for a flash of a second and you come out of the situation unscarred and untouched, it gives you a high of a different kind. It teaches you a lot about yourself. It teaches you a lot about your natural response to a risky situation and how you can beat the odds when no one perhaps expects you to do so. It adds a sharp crest and a trough to an otherwise fairly consistent trajectory that we call life.

Not only is adrenaline responsible for feelings of thrill and action, it keeps you alive by reminding you that you are mere mortal, a small fry that is nothing more than a momentary puppet in the hands of God and the chosen child of destiny. The rush of adrenaline tells you that you have survived because God wants you to live a little longer and perhaps better.

Russell’s and my lives certainly got better after that roller coaster ride. It was not the last ride together and Russell, then a research scientist was working on decoding genetic patterns affecting people’s chances of being affected by cancer. I was a happy go lucky woman with a flourishing career in the fashion industry as a model. We decided to tie the knot after having known each other for a year. The roller coaster ride gave way to a more consistent and stable journey to both of us.

Not that, Russell and I got too much time to spend together. Russell was accustomed to living the bohemian life and could stay focused on his research for days at a stretch and could also live without food, but only on water, research data and his lab equipment. When at work these were the things that meant the most to him. Yet in the list of his necessities was one more thing that neither I nor his esteemed colleagues had known about until one fine day when things changed drastically.

I was busy with my modeling career for three years after marriage and going places. I had virtually lived my life off a suitcase for a length of time, getting to hear Russell only once a week. Russell was a night crawler and used to stay awake, burning both ends of the candle on long cold nights, fully dedicated to the cause of his research. However that madness and sheer passion for his quest to improve human lives was fuelled by alcohol.

Three years had passed after our marriage and as it happens with couples that are blessed, I tested positive for pregnancy. While motherhood meant I had to take a call on my modeling career, I was without an iota of doubt, happy; very happy and excited indeed. I rushed to the university campus to meet and greet Russell with the good news. Once at the campus of the university, I waited with baited breath before the apartment where Russell used to stay. What I saw next shook my world and pulled the rug beneath my feet.

The man that I saw walking from a distance was not the man I had known. The healthy glow was gone. The well-mannered and sober character had given way to an intellectual fed by his obsession to conquer the depths of genetics, but struggling with alcohol. He could barely stand straight or even speak without the unintended vibrato in his voice. The next thing I knew was that I had to get him admitted to a hospital.

Medical diagnostics followed and so did the heavy bills of tests, treatment and medicines. The lab was no more the habitat of Russell. His brilliant coworkers who visited him regularly at the hospital shared anecdotes of his sheer brilliance with number crunching, his ascetic like powers of concentration and in the same breath also shared his alcohol addiction. Russell’s liver had been damaged to the extent where it was humanly impossible for him to survive. The members on the medical board briefed me of the tremendous harm that excessive consumption of alcohol had caused to his liver and consequently to its ability to produce testosterone. My world fell apart even as I felt young Jack inside my womb.

Russell remained at the hospital for his liver treatment for a year and what was worse, was that he missed out on the best moments of becoming a doting father. Had it not been for the support of the academic community of Russell and his colleagues at the research institute, things could have really got out of hand. Call it divine intervention if you want, but things started to improve but very gradually and there were signs of resurgence in behavioral health. Russell was released from the hospital but continued to be on treatment and under rest at home for another five years with little academic engagements at the research institute.

It has been two years now that Russell has got back to work. Russell, Jack and I visit Disneyland in Anaheim once every six months and relive those moments that give the rush of the adrenaline. We yell, scream and enjoy ourselves to the fullest but have decided on one thing. Excess of anything invites trouble. For the adrenaline to pump, one must see to it that a healthy life within limits is led. Without any questions, Russell and I have pledged not to touch alcohol. Life is more than a smile roller coaster ride. We are parents to a young and smart kid who is growing. We have to live for him first and last. Parenthood has taught us lessons that had probably been left incomplete by that first roller coaster ride. 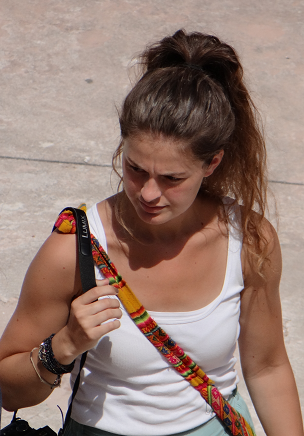 24 week preemie after heart transplant
The only plane I have ever contemplated jumping out of
Our Kids Caught Us Having Sex: A Hilarious Lesson of Parenthood and Intimacy
advertisement

24 week preemie after heart transplant
The only plane I have ever contemplated jumping out of
Our Kids Caught Us Having Sex: A Hilarious Lesson of Parenthood and Intimacy