Life Is Better With A Partner

Published by Danielle Sherman-Lazar on February 25, 2020 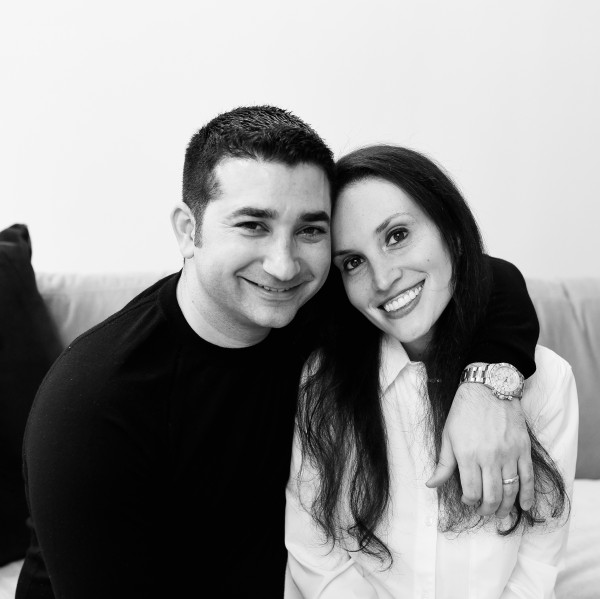 The other night my husband and I laid in bed after we put the kids down.

We were watching Netflix with headphones because our ten-month-old baby's still our roommate.

To make things a little more romantic than that, we were both sick from the bubonic plague that hit our house a week prior, slowly taking each of the kids out one by one, and ending with us.

And I mean our stomachs were having a full-on conversation.

We were both howling with laughter, trying to hush the echo so we wouldn’t wake up the baby—

all while taking turns running to the bathroom.

Because this is marriage.

Marriage is not about perfect couples but two imperfect people who choose not to give up on each other.

Marriage is whispering I love you but screaming all kinds of obscenities when we’re red in the face with anger and at our wits ends with each other.

Marriage is arguing about how unhelpful our spouses are with the kids and then watching them with hearts in our eyes when they’re wrestling around with them on the floor, laughing so hard their stomachs and mouths hurt.

Marriage is so easy at times, just chatting with our best friend, and so hard at other times, that we question why we ever walked down that aisle in the first place.

Marriage is not liking each other sometimes but always having a strong love for each other that overrides any resentment or dislike.

Marriage is connecting the dots even though we have two different opinions,

but having to reach each dot as a unit.

but it’s these times when we’re both sick in bed and laughing through the pain, gurgles, and belches, that we’re happy we’re each other’s chosen family for life.

Marriage is full of "buts," but so is life,

and it’s always better when we’re in it with a partner.

After 5 Years, Here Are 60 Things I'd Tell My Pre-Married Self
Till Kids Do Us Part? I think, NOT!
A little sangria and a lot of love
advertisement

After 5 Years, Here Are 60 Things I'd Tell My Pre-Married Self
Till Kids Do Us Part? I think, NOT!
A little sangria and a lot of love