LEGO saved dinnertime for our family

Published by Kristina Saccone on January 11, 2020

Perhaps it’s a bit old-fashioned: we put away our devices, sit down to a meal, and talk about our day at dinner. We try to stick to the routine with our four-year old, Isaac, asking him to tell us about the latest letter in the alphabet that he’s learning at school or about a raucous game of tag on the playground. It is a ritual that, at its best, is filled with warmth, laughter, shared food, and conversation. 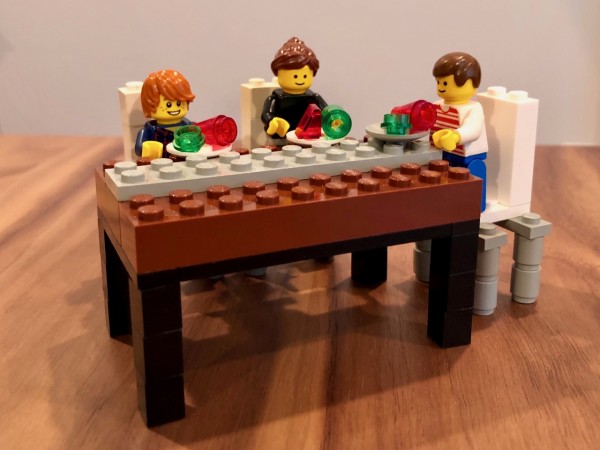 Our family at dinnertime

But it’s also true that, at the end of a long day at work or preschool, we’re all worn pretty thin. Over the years, a regular tantrum became part of this otherwise fairly placid routine. A lot of days, we don’t even make it to the table before Isaac would melt down with screaming and tears. He’d declare whatever was on the table “so yucky” that he would be completely devastated. Sometimes, he would throw himself on the ground. Once he ripped his shirt off and sat in his chair, red faced and crying, unable to control this desperately sad and mad feeling that had become a routine at our table.

My husband, Mike, and I tried to dissect the source of all this, testing every available strategy available to no effect. Yet, nothing in the parenting blogs and podcasts, welcomed advice from friends or unsolicited advice from grandparents, helped with the situation. Then, purely by chance, we brought some LEGO into our dinnertime routine. With it, something just snapped into place, suddenly disrupting Isaac’s pre-meal tantrums.

A few months ago, Isaac inherited thousands of pieces of his dad’s old LEGO. Mike grew up pouring over the LEGO catalog with his grandfather, building cities with his twin brother, and coming up with imaginative and playful stories for their masterpieces (like the epic battle of “Future versus Past” between 80’s spacemen LEGOs and the classic medieval knights). 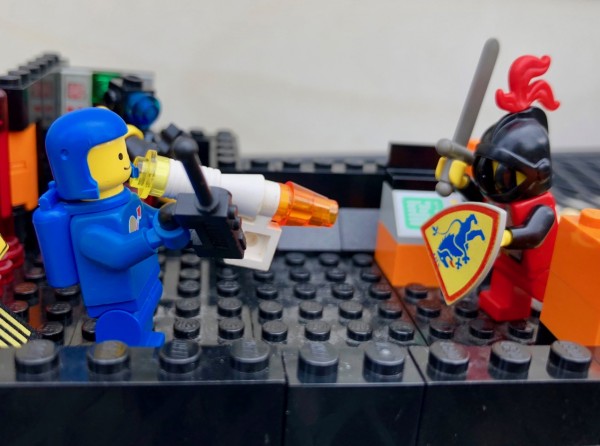 Future vs Past, the classic epic LEGO battle

His was the kind of family that passed down its LEGO collection from kid to cousin to cousin’s kid until those spacemen, knights, and thousands of other mixed sets reached us a few months ago. I came from the kind of family that got the occasional LEGO set, meticulously built it, and then it stood on a table somewhere in its modelesque glory — less a toy and more a show piece.

So, when Mike carted tubs of plastic bricks and figurines into our basement, I wondered whether we truly needed hundreds of thousands of pieces for our single four year old. The childhood collection quickly took center stage in our play space, and before I knew it, a secret base was built on the table, guarded by men on horses, robots, and yes, a few 80’s spacemen. It turns out Mike and Isaac share a passion for LEGO, My husband is the architect, and Isaac is equal parts apprentice and managing director. The two of them have a rhythm, dragging their hands through waves of LEGO pieces in the giant bin, making that noise like a titanic, plastic waterfall, dissonant but memorable and true. Watching this brings that special kind of feeling you get as a parent when your childhood memories and your child’s current experiences harmonize.

Though LEGO generally stayed a part of evenings and weekends, it wound its way into our pre-dinner routine. I nearly forgot about the LEGO Star Wars Advent Calendar, which I really bought for Mike and me as a geeky, nostalgic pre-holiday indulgence. The first week of December, I brought it out after school, and instead of our regular before-dinner time routine, Isaac jumped at the opportunity to open a window and build a LEGO ship. When we set aside the toys to eat dinner, he ate happily. No tantrum.

The next day, he came home in eager anticipation of opening the next window in the calendar. It was a stormtrooper figure — exactly what he needed to begin imagining stories. Before we sat down to dinner that night, he zoomed around the first floor of the house, pretending with his LEGOs.

These joyful sounds of a four year old playing were a sign of a miraculous shift in his behavior and a disruption in one of our most difficult parent-child interactions. It turned out that play — rather than stricter routines, changing food, or just indulging tantrums — was the thing that added some order back into our family’s dinnertime routine.

Research has shown that play figures prominently in the early childhood development of executive function or self regulation skills. These are the traits that help regulate emotions, structure memory, and allow kids to shift gears as they move from task to task. The types of play that support these skills can be either structured — and guided by an adult like a parent or teacher — or unstructured and child-directed.

LEGOs lend themselves perfectly to both types of play, whether Isaac sits with me and follows instructions to build a new Spiderman set or plays by himself, deconstructing decades of old LEGOs to create something completely new. And perhaps playing alongside him helps us, as parents, build upon our executive function skills too. 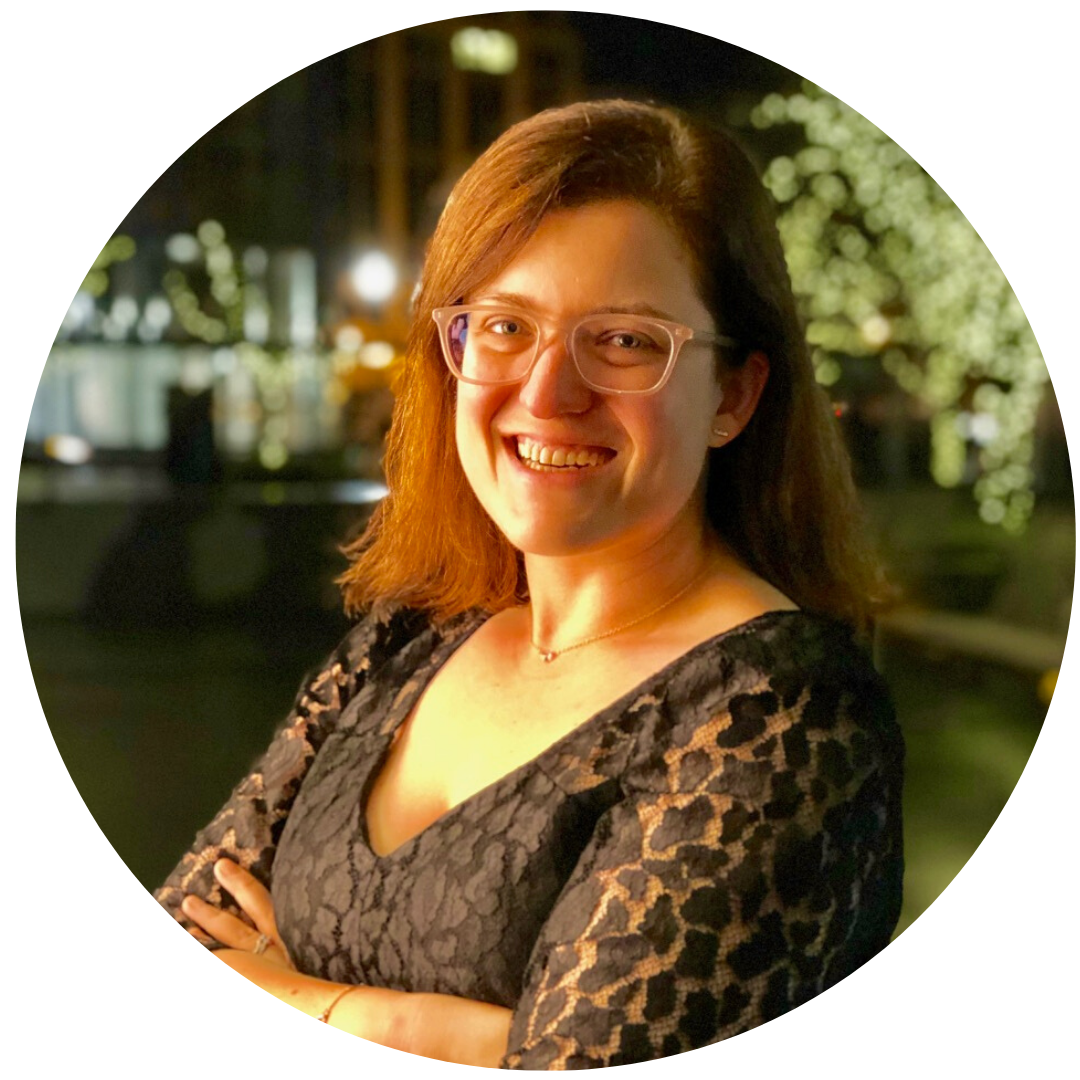 I'm a mom to a sweet four year old and along for the ride on this parenting adventure. I love to write, probably because I'm a former journalist and professional communicator. You'll also find me writing about writing on my blog, Writing Meta.

My best parenting might suck, but it's still my best
I caught my son lying for the 1st time and chaos followed
My Father Was a Teacher
advertisement

My best parenting might suck, but it's still my best
I caught my son lying for the 1st time and chaos followed
My Father Was a Teacher