Learning through Play with my Favorite Toys 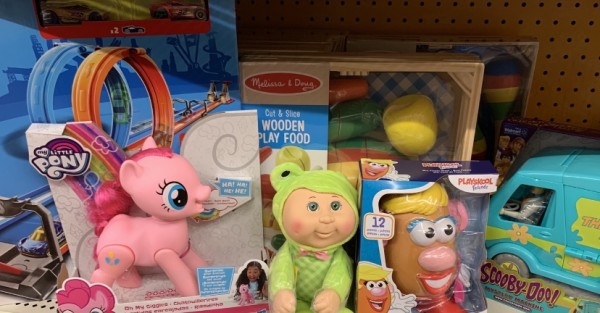 With the holidays right around the corner and Christmas trees popping up prematurely in every store, I could not help but notice this season’s toys lining the aisles. It is the time of year, I can reminisce about my childhood and how fun it was writing my own letters to Santa. I don't know about you, but I would love to go back to when I was around seven years old and I just discovered JCPenney’s Holiday Catalog was dropped into the mailbox. Between the JCPenny catalog and the Sears Wish Book, I had an encyclopedia of toys at my fingertips.

Leafing through those catalog pages, I felt the excitement Ralphie felt in “A Christmas Story” when he received the sales ad for the “Official Red Ryder carbine action, 200-shot, range model air rifle, with a compass in the stock, and this thing that tells him the time.” All of my Christmas wishes were laid out over these freshly printed pages. I would turn and peruse each page slowly so the initial unveiling would last forever. Each page was beautifully designed to make a little girl’s dreams come true and the world of pretend was tagged in each of my folded down, dogeared pages. It was heavenly ... well, of course, until I turned the page that started the boy’s section!

Kids today might not have the experience of pointing out their Christmas wishes from a printed catalog, but they do have the numerous weekly store circulars, TV advertisements and web-browsers as a reference point to answer the simple question of “What would you like from Santa this year?” The form of advertising might have changed, but kids still have the world of make-believe, creativity and imagination, as we did when we heard the rotary phone dialing the catalog company!

The toys from 25-30 years ago compared to toys of today!

1980’s Baby Dolls- Nothing was better than getting a brand new baby doll that you could spend hours swaddling, feeding, dressing and pushing her/him around in little doll carriages. The doll’s face carried the same expression whether she was “pretend” silent crying or “pretend” sleeping. Maybe you were one of the lucky children who had a doll whose eyes would close when laid down, but most of us had to use our imagination when we laid our stuffed bundles of joy down for a nap and he/she was staring right back at us. Oh the joy! My favorite dolls were my red-haired Cabbage Patch doll and the “My Child” doll, who I named Lauren. Her arms, legs and head were movable and she had the cutest little sailor dress.

2019’s Baby Dolls- Dolls today don’t leave much to the imagination, if we can even call them dolls. They are more like robotic, real life babies that require 24 hour care. “Baby Alive” successfully uses her pink little potty after she eats a pureed like substance. Today’s little caregivers have to make sure they are stocked up with diapers and hope the baby does not wake up in the middle of the night crying. Top selling dolls today, beside the “Baby Alive” are Blume Dolls, where the child just adds water to grow a new little friend. Reminds me of the ever popular Chia-Pet. Cry Babies also made the list of 2019 favorites as well as the familiar New Generation Dolls, that are modeled after the very expensive American Girl Dolls. One thing remains the same - with vivid imagination, little girls truly love their baby dolls.

1985 Action Toys- If you were the kid who was out for adventure and liked the thrill of occasional rough play, you probably had the Rock’em, Sock’em Robots. Better yet, you could have had a whole collection of WWF wrestling figures with the plastic wrestling ring. Hulk Hogan on the ropes for the ultimate power slam of Rowdy Piper. For the extremely active child, the classic Clown Bop punching bag had a weighted bottom so each time you punched it, it kept coming up for more. Hours would pass in imaginary battles of boxing robots and action figures. How many times did you fall when actively competing with your friends while bouncing on the PoGo Ball or keeping a count of the number of times you were able to Skip-It? 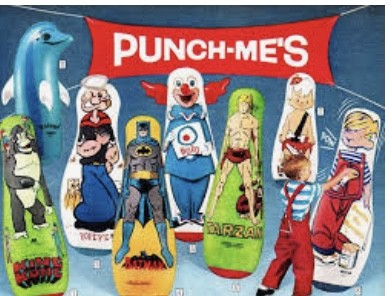 2019 Action Toys- I assumed that most of the toys listed above would be considered vintage, but believe it or not, I recently saw Rock’em, Sock’em Robots on the store shelves. Kids still love wrestling figures, PoGo balls, and even the modern day Skip It that now has colorful flashing lights the do the counting of levels for you. Today gaming stations have gained in popularity. Action is confined to the video screen displaying the fantastic settings of FortNight, Roblox, or other action video games. Creativity is sparked as video game users manipulate their way through the game.

1985 Ride-on. I don’t mean to brag, but I drove the shiniest, red Cozy Coop around that had the horsepower of my two bare feet rolling up through the neighborhood with my left arm positioned on the driver side door, nodding my head like “Yeah”. The pain of the smashed toes that were run over by the unpredictable spinning of the wheels was worth it. The brush burn on the elbows after trying to climb a hill, not so much. But the joy when your friend comes up behind you to say “Pull your legs up” and proceeds to push you around is priceless. Can we all say Big Wheels? 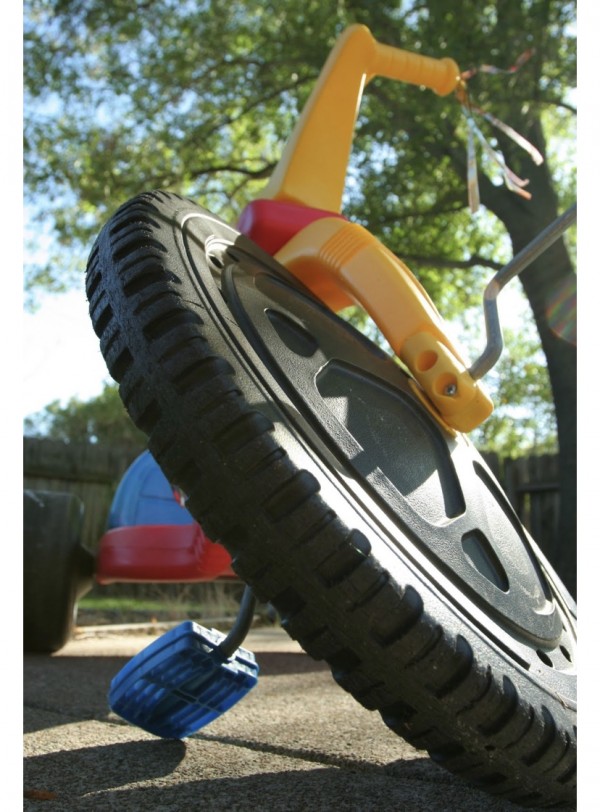 2019 Ride-on. Your Christmas is complete if you find an 8-volt power vehicle that purrs like a kitten when you press the gas parked near your Christmas tree. Bentley’s, Ford Powerstrokes, Jeep Wranglers, BMS, G-Wagon, Volkswagen Bugs in every color roll off the store shelves of the showroom floor. These cars ride like a Caddy at 5-10 mph. Hills? What hills? Kids sit back and relax to their favorite radio tune while their only worry is a dead battery. Talk about Flintstones moving right up to Rockefellers! Ultimately, kids of all generations love a set of wheels once pedaled by two feet but now powered by battery.

What comes around, goes around. Just as trends in fashion have come back around, so do trends in toys. Here are some of my favorites comebacks. My Little Pony was every little, equine loving girl's dream toy. You have the traditional idea of a barn full of horses, but with the magic of pink, purple and blue coloring of My Little Ponies bodies, mane and tails. The sweet little Strawberry Shortcake doll and her beautiful oversized strawberry house was tucked under my family’s tree? This cute little redhead dolly and all of her best friends, Lemon Meringue, Blueberry Muffin, Huckleberry Pie, etc. smelled as good as a scratch and sniff sticker or what today’s kids could relate to - Smencils. My Strawberry Shortcake generation of dolls has a similar modern prototype called Candy Locks Dolls, whose names include Cotton Sandy, Birthday Cake and Carmella Apple or along the same line, Kindi Dolls whose names include Jessicake, Peppa- Mint, and Marsha Mello. One fact will always be true; we will always have Barbie to dream with! 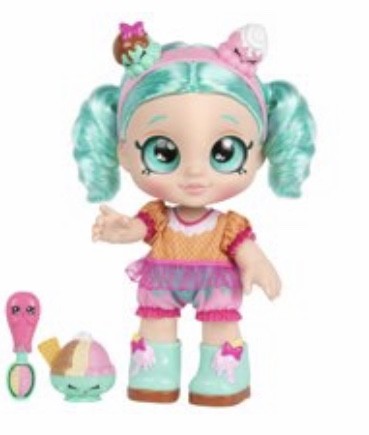 As you are shopping for your little ones this year and as they open the gifts under their trees, sit back and take in their excitement when they name their baby dolls or set up their Hot Wheels garage. Foster your children’s ability to build cities out of legos and to cook a gourmet meal out of play food. Have tea parties and flit around the room with a superman cape on in an effort to assist your young superhero in saving the world. I mean, who doesn’t want to spend hours trying to put the clothes on Barbie? Learning in the form of play, imagination, creativity and the world of make-believe is the foundation of more formative learning to come. Let them be little and join them in playroom.

Did anyone else have these throwback favorites? 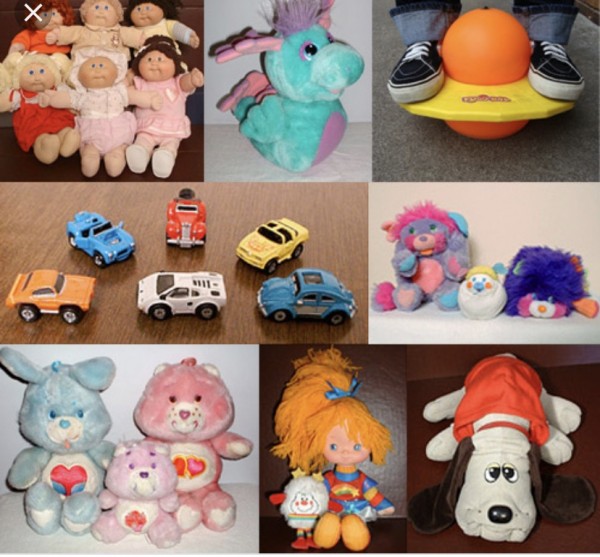 How many of these do you secretly wish will show up on your child’s Santa wish list?

Here is to the JCPenny’s Holiday Catalog, pretending, enjoy our kiddos, and having a safe and enjoyable holiday season! 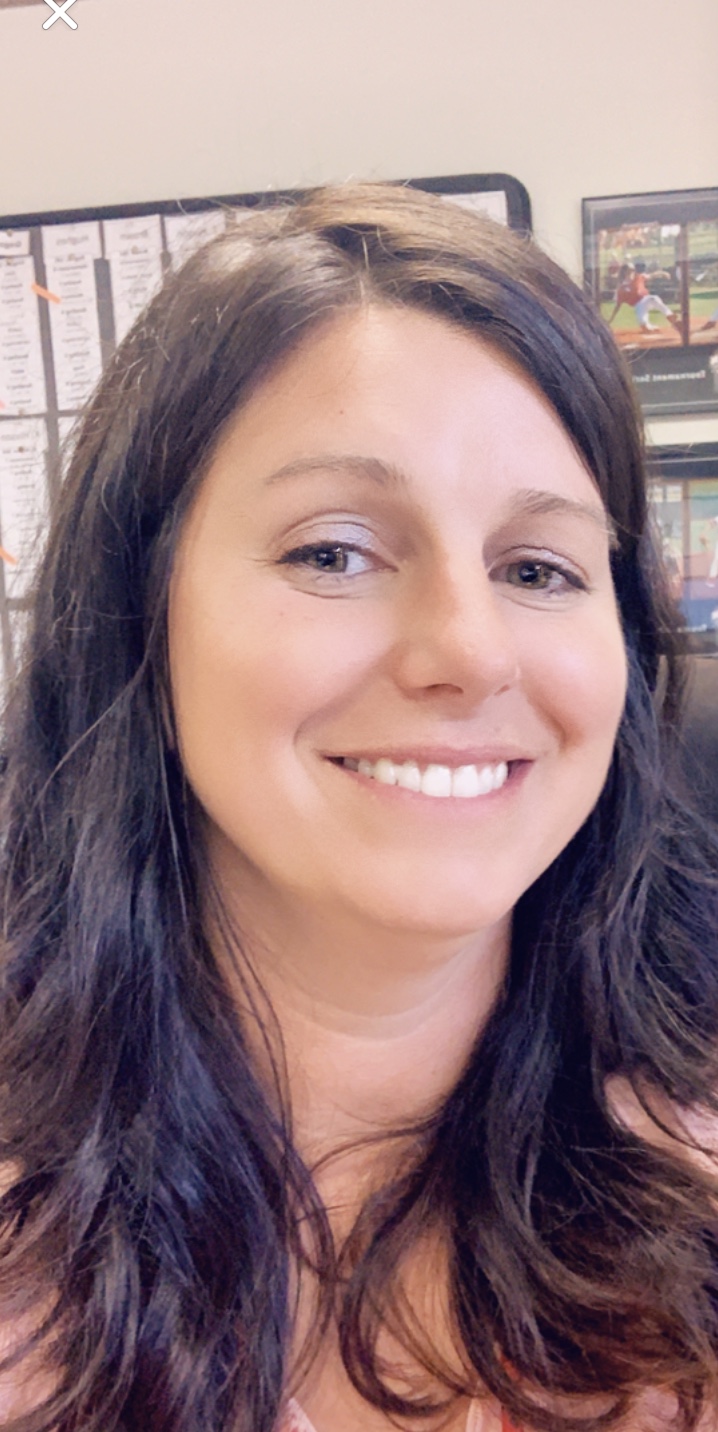