I posted a photo (on Facebook) of our 13-year-old doing her end-of-the-month calculations. She handles our household grocery budget each month. I was shocked at how many messages I got telling me she was too young to have so much responsibility.

They labeled me a lazy mom and I took it as a compliment – though I’m not sure that’s how it was meant!

I’m purposefully lazy and my kids are thriving because of it. 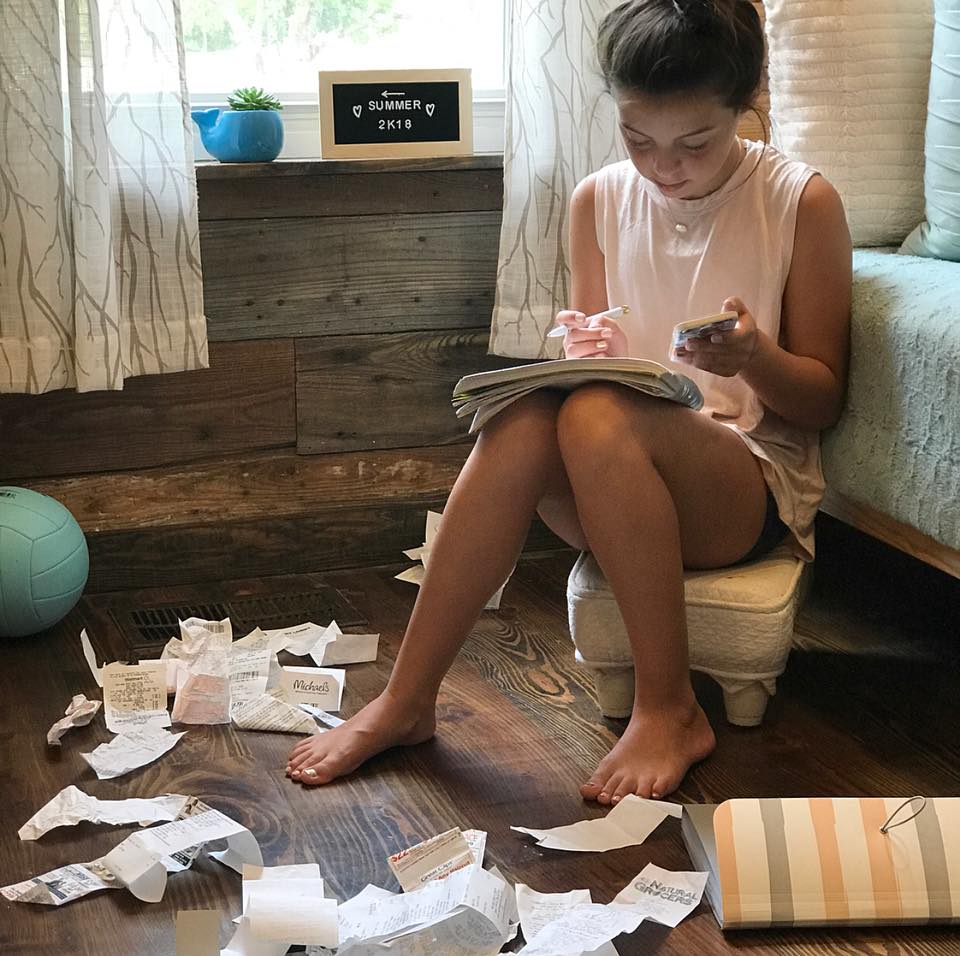 I have more energy than most – I could easily handle everything for them but I don’t because I want them to learn to do it for themselves.

I love the harsh, judgmental looks and comments I get from other parents when they see my kids doing things deemed "too hard" for them. "What a lazy mom. Those poor kids," they whisper.

Yea, well they can judge me all they want but I’m preparing my kids to not need me – and I personally believe that’s the greatest gift I can give them.

I think we severely underestimate our children. They are far more capable and dependable than we will allow them to be. Most of us are over-scheduled control freaks and we don’t create the time we need to let our kids try and fail and then try again. We’re too busy to be lazy and it’s hurting our kids. Children that are treated like they are capable become capable.

And it starts small – it starts with the toddler who wants to help do the dishes and you end up with a tsunami in your dish room or the 4-year-old who wants to take the trash out when you’re on our way out the door and it takes 20 minutes instead of the 2 it would have taken you because the trash bag is the same size as them, it got a hole in it cause it was dragging the ground and you pretty much have to sanitize their whole body now because they’ve somehow managed to touch every part of the trash bag.

Now you’re late for your appointment but your kid is feeling empowered and damn it, that needs to be worth it.

It takes patience and determination to be a lazy parent. Because the way they do it won’t be perfect at first – they’ll make ungodly messes, it will be crooked and mismatched, things will break and it will likely take 4 times longer than if you just did it yourself. And it’s hard to watch them struggle, we love them and we want to make life easy for them. But life isn’t easy, it’s fucking hard and we are doing them a great disservice when we don’t let them struggle and prove to themselves that they are little badasses.

I've noticed a lot of people wait because they are going to get hurt, they don’t have time or they like their house to stay looking magazine-worthy and a 3-year-old learning to organize their own space or make their own breakfast has rough edges.

The struggle is real, but you simply need to get over it because raising capable adults doesn’t start at age 16 when they can’t do anything for themselves, it starts at age 3 when they need you to back off and let them make a tsunami in your dish room.

Do yourself and your kids a favor and be a lazy parent. Back off and let them try.

Let's Cut the Crap, Dads Are Just As Capable As Moms
Hug Them for Me
When We Steal From Our Kids
advertisement

Let's Cut the Crap, Dads Are Just As Capable As Moms
Hug Them for Me
When We Steal From Our Kids