Believe in Your Village and Say Goodbye to Mom Guilt

Published by Teresa Carlton on October 14, 2016 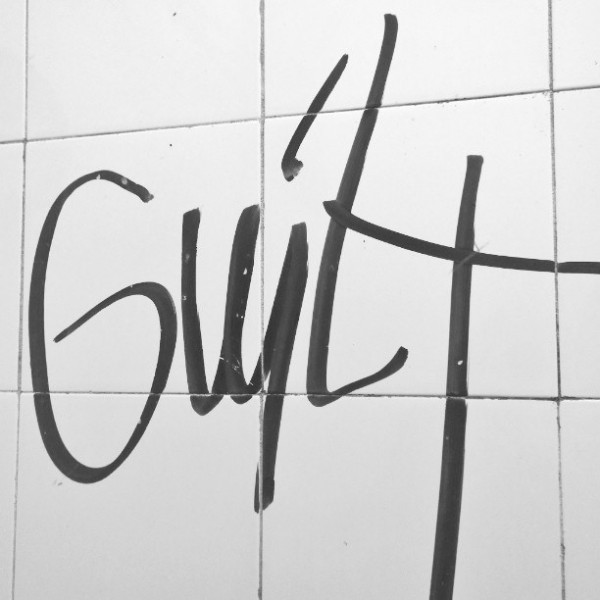 I have spent my entire day feeling guilty. All encompassing guilt that has seized control of my every thought, making me second guess every decision I’ve made within the last 24 hours.

What, you may be wondering, did I do? Cheat on my husband? Nope. This Mama digs her guy way too much to do that. Plus, what parent on earth has time for adultery? Book a solo spa vacation for myself? That seems fun in theory, but I hate being alone. I’d be bored after the first hot stone massage.Rob a liquor store? Please, as if they wouldn’t recognize me. So what was I agonizing over all day?

Staying home with my sick child.

My 6-year-old daughter had a fever last night. I knew we were in major trouble when she didn’t want dessert and actually requested we bring her to bed. After the kids were asleep, I hopped on the computer to request a substitute for work the next day and got to work on my sub plans. That’s when the guilt started in.My students have an assignment due the day after tomorrow. What if they have questions? Will some of them have anxiety because I am not there to answer them? Will their parents complain that I wasn’t there the day before it was due? Nevermind that it’s 2016 and my students can always email me questions and that they’ve had a week to work on this with me present. Still, I felt guilty.

I woke up and checked my email to discover that they were unable to find a sub for me. I now pictured the stress my absence was causing other people at work.Who was frantically trying to get people to cover classes for me? Who was giving up their much needed prep time so that they could fill in for me? Whose day had been disrupted because I didn’t go to work?

Then there was my daughter’s after school club. The one I had no business volunteering for, yet I was supposed to teach that afternoon. I couldn’t meet with the other volunteers last week in order to plan because I had a meeting when they were getting together. Plus, because of my work schedule, I will have to arrive to every session 15 minutes later than the others. And now I wouldn’t be able to attend the very first session. I emailed the volunteer coordinator and one of my fellow volunteers to explain the situation. My daughter was sick, I’d have to stay home with her. I got a friendly reply letting me know that they would find coverage and sent well wishes to my daughter. It should have been done, but guilt had other plans.

I spent the entire day agonizing about missing a single one-hour session of Arts and Crafts Club. How will they cover for me? How many people will be put out by my absence? What will my fellow volunteers think of me? I fantasized that my daughter would be well enough by the time it started at 3:30 and that I’d be able to fulfill my commitment. A mid-afternoon fever took care of that dream. I seriously considered making arrangements for someone to come watch my sick child so that I could go to the school and help out. Leave my sick child so that I could volunteer at an after school club that I joined to be with her. Thankfully, common sense prevailed on that one…eventually.

Guilt is an evil mistress. Because no matter what decision I made today, she would have been there, whispering in my ear. No matter what I did, I’d be letting someone down. No matter what I did, I would be causing someone extra work or hardship. If I’d gone to work, I wouldn’t be there to care for my sick child. I’d be asking my in-laws to expose themselves to pungent kid germs. I’d have felt guilty. But I didn’t do those things. Today, I made the right choice.

Today, I felt guilty for doing exactly what I needed to do as a mother.

Guilt comes easily to a gal like me. A people pleaser who has a crippling fear of saying no to people, a person who will subject herself to anxiety and massive inconvenience just to make other people happy, I care what other people think. I care about other people’s feelings.This is never going to change. I never want it to. Sure, I could do without guilt and anxiety, but all of that comes in partnership with an intense sense of empathy. I don’t ever want to take on a “screw it” attitude. I don’t want to think that my problems are more important than anyone else’s. I never want to lose my connection with the world around me. So what’s the solution when even doing the right thing results in crippling guilt?

Stop imagining that the world is full of assholes. Profound, I know. Today I realized that my guilt is rather insulting to the very people I am concerned for. Am I not assuming the worst in people by feeling this guilt? My guilt is telling me that my co-workers, family, friends, and neighbors are incapable of empathy and understanding. Haven’t I given up prep time to cover a co-worker’s class? If I had received an email from a volunteer, wouldn’t I instantly reply that I hoped their child felt better and not have given it another thought? Wasn’t it pretty goddamn arrogant to think that no one else would give me the same courtesy?

It takes a village, and today I realized that guilt makes you the village idiot. Have faith in your fellow villagers. Do your part when others are in need, and they will step in for you. The next time guilt tries to whisper in your ear, you tell her that your village is too good for her. And if any villager ever proves guilt right, kick that jerk out of town. 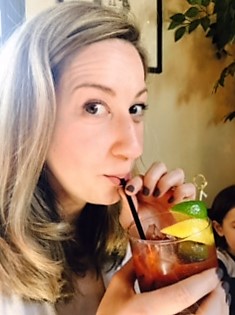 Teresa is a wife and mother of two mischievous little girls who, with a little help from sauvignon blanc and sarcasm, has nearly mastered the art of appearing to have her life together.

Parental guilt: Learning to forgive ourselves.
Ditch the Guilt Mama: Why Your Mom Guilt Isn't Serving You
The Case of the Working Mom Guilt: It’s a Real Thing
advertisement

Parental guilt: Learning to forgive ourselves.
Ditch the Guilt Mama: Why Your Mom Guilt Isn't Serving You
The Case of the Working Mom Guilt: It’s a Real Thing