Keeping Up With Christmas

Published by Colleen Esposito on December 20, 2019

Every year around this time - and for the past several weeks - the Christmas season leaves me feeling like I just can't keep up. I can't keep up with decorations. Most of ours are up, but the box of garland that I'm supposed to wrap around our banister has been sitting in the hallway since the weekend after Thanksgiving. Mocking me, telling me I'm not fully committed to this whole holiday. I can't keep up with the cards either. Our youngest is 18 months old and we still haven't managed to take an actual photo of our family of four, aside from a beach selfie on our summer vacation and a very blurry photo our neighbors took on Halloween night. A few years ago (back when we only had one child) I couldn't keep up then either and I promised myself I'd only send out cards every other year. Well this was supposed to be an "on" year and I blew it.

And don't even get me started on the gifts. My family is just too damn big and while I love them all, our gift list is completely out of control. The lists, the purchasing, the wrapping, the mailing, the keeping the kids away from the piles of wrapped presents, the hiding of the Santa gifts in the closet no one opens. Not to mention keeping track of what my oldest, Belle, is asking for from Santa, because keeping up with that charade is pretty high on the Christmas totem pole. I can't keep up. We haven't been sucked into the Elf on the Shelf in our house yet, but I know it's only a matter of time. A friend of mine recently posted a pic on Facebook of their elf with a sign saying "you have to give to get" and it made me want to drop everything and dive head first into the Elf madness.

Genius. This actually may entice Belle to donate some of her toys. Last time I tried to teach her about how we should give some of the toys she no longer plays with to children who don't have as many toys as her, she searched long and hard through her playroom and came up with one Poly Pocket purse. The size of a nickel. "Those kids can have this, mom. I don't really need it." I can't keep up with her or the elf, so maybe next year.

And what about the traditions? Our kids are still very young so we're trying to figure out which traditions really matter to us and which ones we really want to keep up with. My aunt gives each one of her three boys a nutcracker figurine every Christmas morning. She stands it up in their bedroom door and it's the first gift they receive before heading to mom and dads room to wake them up for the main event. Her boys are all grown now and she has an actual army of nutcrackers they've collected throughout the years. Each with its own special meaning and memory for the year. One dressed as a baseball player for the year one of them had a winning season. And one dressed as a chef for the year their middle son wanted to learn to cook. I love this tradition and I decided to start doing it for our girls. But now I have to go out and buy two nutcrackers. Add that to the list. 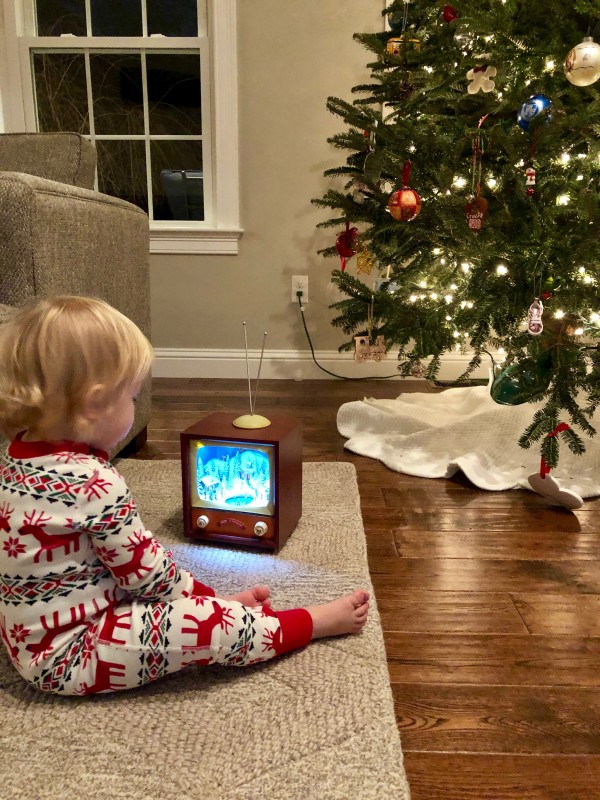 I can't even begin to keep up with all the Santa stuff. Every movie and Christmas book has different nuances about Santa's magic, or how the elves work. I can't keep up. The other day Belle asked for a doll that walks and talks and sleeps and eats and sits and stands and poops. I told her she has one, her name is Rosie and she's her sister. She wasn't satisfied with that answer so I told her it doesn't exist and she said "but mom, Santa can make anything I imagine." What am I supposed to say to that?

And what about the baby Jesus? It's his birthday, which is the real reason for this holiday. Belle goes to Catholic school so she's learning all about the miracle of Jesus's birth, but what does any of that have to do with Santa? Nothing. The answer is nothing. Saint Nicholas Day - which is December 6 - is the feast day of Saint Nicholas. Long ago, children in Europe would leave little gifts for Saint Nick on their doorsteps - hay and carrots for his horses, etc. and in return he'd leave them a coin or a small gift if they were good and twigs and coal if they'd been naughty that year. So when did we merge Jesus's birthday and Saint Nicholas Day? I have no idea. But I can only imagine it's terribly confusing to children. And what about the flying reindeer? What's their story?

And what do Christmas trees have to do with all of it? Why do we cut down a tree and bring it into our home and decorate it with ornaments? Think about that for a second. WTF? Side note: I'm seriously considering getting a fake tree (even though I've always been strongly against it) because trying to keep it alive is yet another way I'm failing at Christmas. We basically don't use our fireplace for the entire month of December because it dries out the tree and I swear the 9 foot evergreen is going to be everbrown by Christmas morning.

Also, why do we make gingerbread houses? I can't keep up.

The other night Belle had a full-on meltdown (laying on the floor, legs flailing, snot, tears, all the drama) because the vintage foil wrapped Santa figurine she asked to display in her bedroom "looks like chocolate and I just really want it to be made out of chocolate!"I don't blame her. This whole season is exhausting and confusing and totally overwhelming.

But here's the thing. I will buy the gifts and make the cookies and sing the songs and read the books and decorate the house and hang the ornaments and open the tiny doors on the advent calendar night after night and hang the stockings and fill the stockings and make the gingerbread houses and leave the carrots out for Rudolf and then make reindeer teethmarks in said carrots and I'll wear the matching Christmas jammies and get up when it's still dark out on Christmas morning. I'll do all the things. Because #memories. And because their cute little faces get me every time. That is the real magic of Christmas. 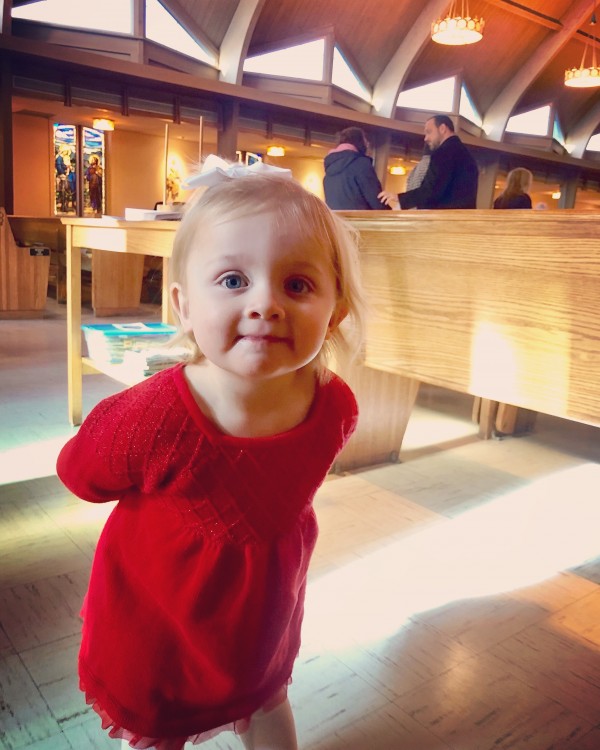 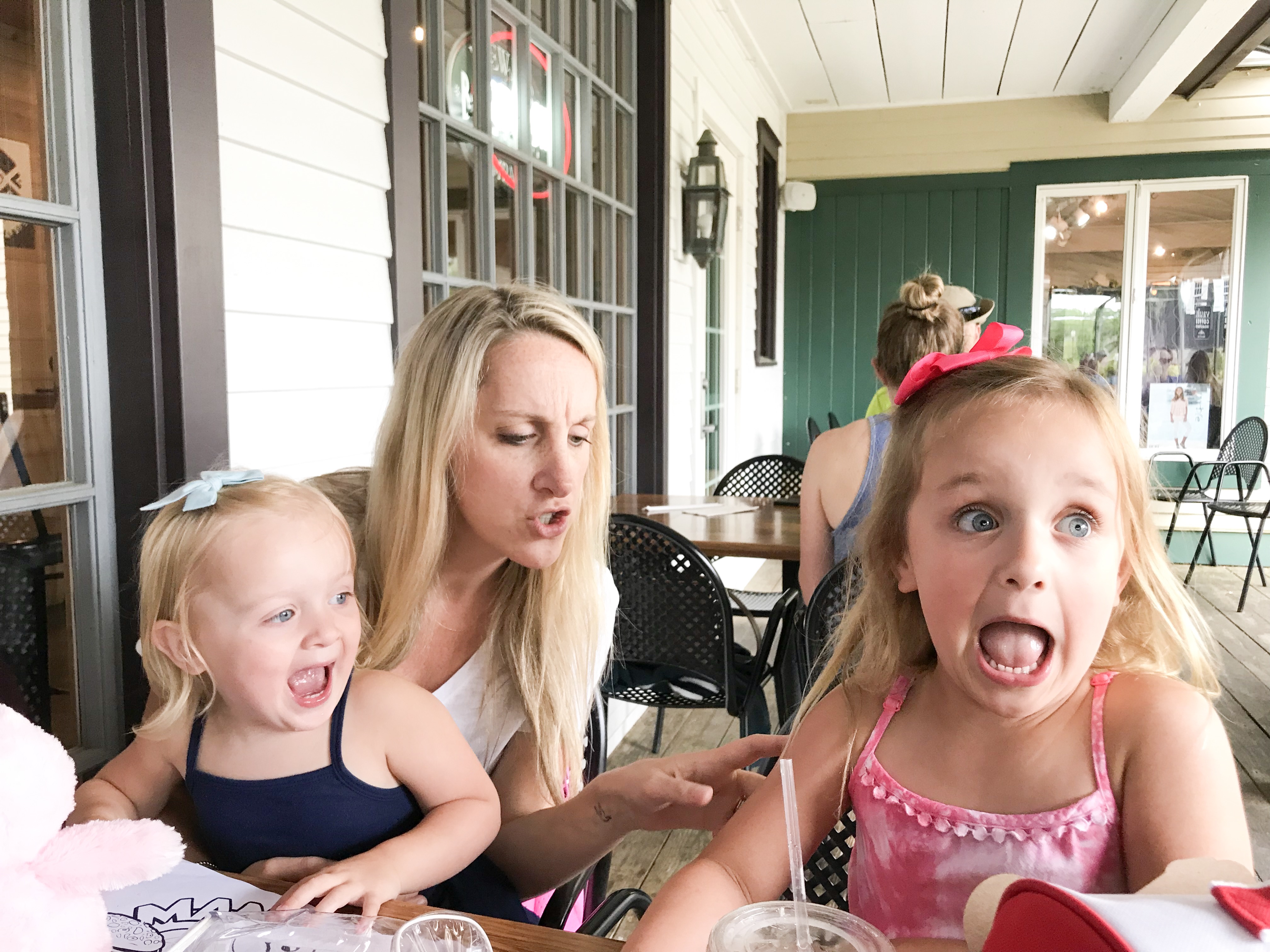 Why I want my kids to believe in Santa
So Long Santa!
"Mom, Is there really a Santa Claus?"
advertisement

Why I want my kids to believe in Santa
So Long Santa!
"Mom, Is there really a Santa Claus?"