Published by Shannon Striner on September 26, 2019

"What do they see, Mom? She's the cutest baby ever. Why were they staring?" Haley looks frustrated as I begin to buckle her into her booster seat.

"I don't know, honey. They just see someone different and they stare because they don't understand." I kiss Haley on the cheek and I climb into the driver's seat.

How do I explain this? I love that she looks at her sister and only sees her sister. She doesn't see Down syndrome. She sees Sienna.

However, this is going to be impossible to avoid. When I carried Sienna into Girl Scouts today, I thought nothing of it. Then, I noticed all the older kids. They had probably never been exposed to someone like Sienna. They couldn't help themselves, but I also watched my observant little kindergartner look at the older kids curiously. Her eyes followed their stares to her sweet little sister, Sienna.

I decided in that moment, during this conversation with Haley in the car, that it was time. It was time to call the school and ask if I could do a Down Syndrome awareness presentation. If Haley was going to go to school here, her friends were going to have to understand some of Sienna's challenges.

The presentation was a huge success. We taught kindergarten through sixth grade and I now watch those same Girl Scouts stare at Sienna with affection. They no longer feel the need to investigate her. They understand her muscle tone challenges. They know they don't have to be afraid of differences. They realize she is more alike than different.

Some days, I wish the whole world could see Sienna through Haley's lens. I think of how I first stared at my newborn baby girl. I didn't know a thing about Down syndrome. I was terrified. Haley's lens changed all of that. No one in Sienna's life accepted her as earnestly as Haley did. She was the first one to accept her, all of her, while us adults still struggled. It happened the moment she laid eyes on her. The day they met was magical. 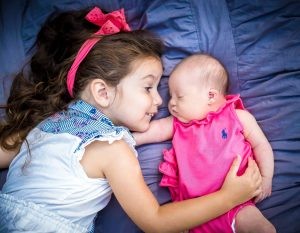 The magic of their love has been one of life's greatest blessings. It's a gift that I get to witness every day. I had worried that Sienna would take attention and affection away from Haley. During those first few moments of learning Sienna's diagnosis and the doctor portraying everything so negatively, I blamed myself. I remember these words going through my head over and over, "I am the reason this is happening. I have destroyed my family. Life is never going to be the same." Over and over those words danced in my head. Of course, I couldn't have been more wrong.

Conceiving Sienna was a journey. Four miscarriages precluded her entrance into the world. I would not give up though. I was determined to give Haley a sibling. When the doctor delivered the news, I placed the blame entirely on myself. My husband would have been fine with one child. Haley would have learned to be okay with being an only child. But now, I had ruined everything. I had insisted and persisted. I refused to give up, and I had brought this on us. It was my fault. In spite of being completely exhausted from giving birth, I didn't sleep at all. The nurse had even given me something for anxiety, but still, I didn't sleep. I curled into a ball and cried. It feels like I cried all night.

Everything changed the next day when Haley entered that room. Her expression filled with pure elation the second she saw her baby sister. I began to realize that I had been looking at everything wrong. Sienna was a gift. Haley's joy was contagious. Why should I be terrified? Sienna was just a baby. She was a beautiful baby that I had much to learn about, but I had nothing to fear. She was just as much our baby as Haley had been. She was a piece of all of us.

Haley gave me the strength to move forward. She saved me from my fear. As I immersed myself in this new world, I began to realize that siblings in the Down Syndrome community were grateful. They learned empathy at an early age. Sienna was going to make our life better. Haley showed me that. Haley shows me that every day. She was Sienna's first advocate

Their love continues to amaze me. When one of them is upset, the other follows. I never have one crying girl. It's always two. If one is happy, the other follows. They have this connection that I cannot touch. Haley has been the most consistent feature in Sienna's life. I wanted to pay homage to their love for each other.

I made this video as a tribute to them and all rockin' siblings in the Down Syndrome community. What a gift we have been given! 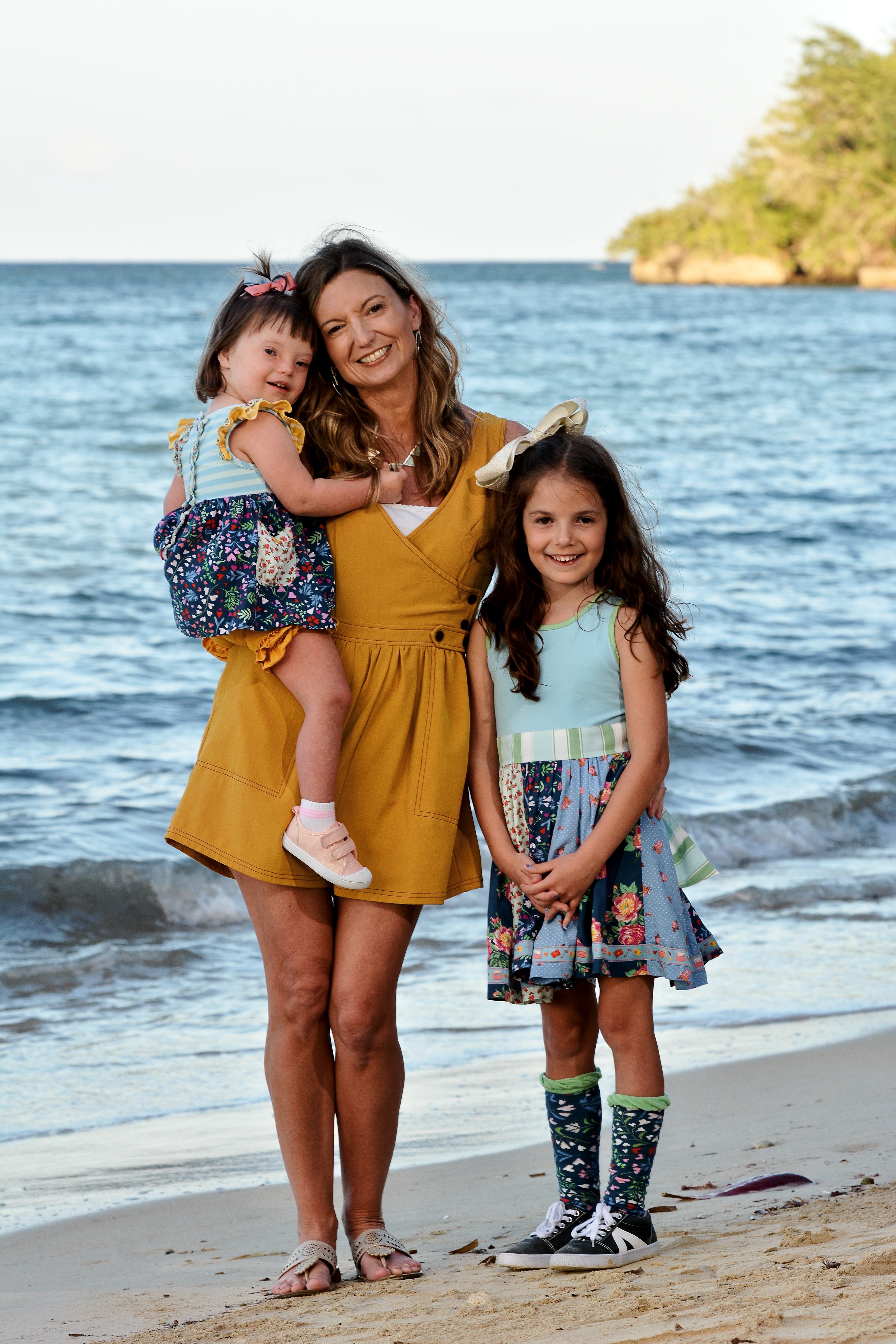 I’m a mom to two beautiful girls that have forever changed my life. Haley is an active kindergartner that keeps me on my toes and makes me laugh all day long. Sienna is my smiling baby girl who happens to have an extra copy of her 21st chromosome. I write about motherhood, Down syndrome, and girl power.

Rewriting history: How the worst day of my life became one of my best
Dear Doctor
We walk the line: Advocacy vs. Inclusion
advertisement

Rewriting history: How the worst day of my life became one of my best
Dear Doctor
We walk the line: Advocacy vs. Inclusion