It's just a chocolate protein bar cut up on a plate, but it's her favorite

Published by jthreeNMe on February 3, 2021 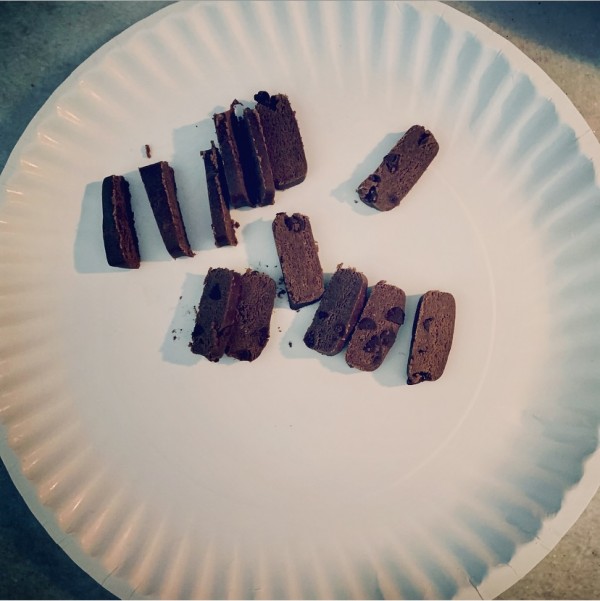 It's just a chocolate protein bar cut up on a plate.

But it's her favorite. And so I order multiple boxes each week and make it for her every day.

It's just a quick game of paper football at the dining room table when he's got a break between zooms.

But he enjoys it. And so we play, and most of the time, I let him win.

It's just my eyes on her and only her that she wants when she asks if she can show me the four-minute dance routine she made up all on her own.

It's saying "yes" to their plea for "Taco Tuesday."

It's agreeing to "just five more minutes of TV, pleasssse" when they ask.

It's having their favorite clothes washed and available for them when they want.

It's a warm towel right from the dryer being hand-delivered by yours truly when they hop out of the shower.

It's a spontaneous stop for donuts on a random weekday morning.

It's sitting with them to

or just to talk,

Some days the monotony of it all and being needed and wanted all the time wears on me.

But some days, the monotony of it all and being needed and wanted all the time is something I cherish. And, on those days, I feel genuinely awakened to the blessing that is the beautifully ordinary life which I have the pleasure of leading alongside those, who, at the end of a long day, make my life.

It's just a chocolate protein bar cut up on a plate, and while occasionally I grumble as I walk to the kitchen to dice one up for the 100 millionth time, I can't help but look it at it and think, "I'll do this forever if it makes you happy.”

Sometimes we just forget
I choose my baby over my to-do list
Like Mother, My Daughter
advertisement