It's an honor to raise a boy 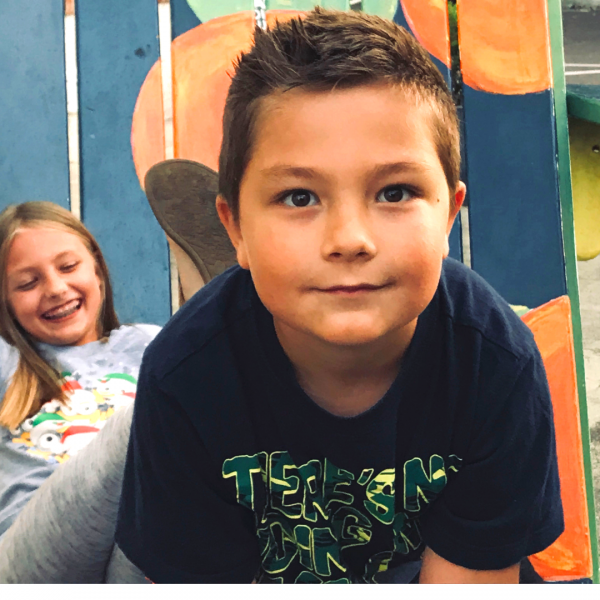 It's an honor to raise a boy; a true privilege and a pleasure.

And, surely not every booger-picking minute.

And, not every head-bashing,

but in general and overall, what a pure joy it is to have a mini gentleman by my side.

There's something about being a boy mom that no one tells you before you become one, and that's how flippin' confusing, maddening, but fudgin' exciting and fulfilling it is to love a little big dude whose heart is always in the right place even when his behavior isn't.

And, that's not to say that all boys are rambunctious and mischievous -- though many are -- or that mine is -- though he can be.

It's the fact that as your mini guy's mother and guiding light, you have got to get comfortable with being periodically bewildered by your young man's behavior.

I'd contest that your son's way of making you feel and come unhinged is beneficial to your growth as a parent, woman and as a human.

There is something to be said for mothers who are trying to grow as people post-growing people, while attempting to raise good people and if you are lucky enough to be the mother to a boy, you will learn more about (and impress the heck out of) yourself as you attempt to raise that boy -- your superhero-loving, joke-telling, always tooting love nugget -- into a great man.

Don't do that; it makes you this.

You, as the mama to a young sir, have the distinct opportunity to raise him to know his undeniable and perennial worth -- to his family, his friends, his community, and the world, but most importantly, to himself.

So, what's the best way to do that?

By accepting every single, endearingly mystifying bit of him.

And, then loving those bits in their entirety with every gosh darn ounce of coffee-curated energy and organically-grown unconditional love you which you have inside of you.

As mothers of boys, if we wrap our Y-chromosome-carrying, two-legged gifts from above in love and values, and then pour on them loads of support and understanding, we will deliver to this world the greatest present:

A man who values people and connections.

A man who has an open mind, because his mother does as well.

A man who is respected because he himself lives to show respect to others.

A man who is funny and believes in the power of laughter.

A man who will no doubt unabashedly explore all facets of his stellar personality.

Some say that raising boys is harder than raising girls.

Some say that raising boys isn't for the weak.

I say that raising a boy is no different than raising any other child with his or her own attributes, dreams and destiny; the journey may just smell a little different.

But, even then, all I smell is love -- semi-stinky, boy-scented love, but love nonetheless.

The role of the father in the education of boys
'B-o-y-s is not a four-letter word': Why I won't cross out my son
We are forgetting about our boys and that's not OK
advertisement

The role of the father in the education of boys
'B-o-y-s is not a four-letter word': Why I won't cross out my son
We are forgetting about our boys and that's not OK