Is raising kids today harder than it was thirty years ago?

Published by Jamie Johnson on November 12, 2018 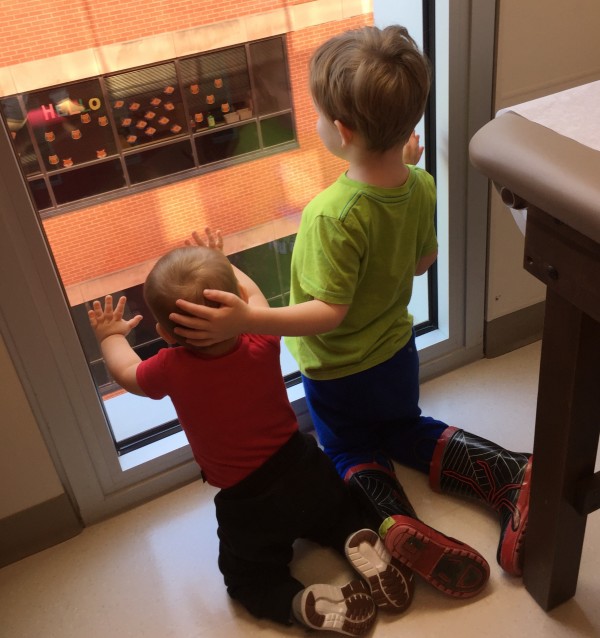 I have, and will continue, to admit I am opening myself up for intense scrutiny by writing this blog. Some moms that read my blog posts say it reminds them of when their kids were little and they love to read my stories. I would like to thank these women for their positive feedback and sunny disposition on life in general. I hope you see a rainbow later.

Other moms, aka Lisa the Internet Troll, find me absolutely despicable. Well, you know what Lisa and some other women in the United States of America, I don't always like what you write either. Yep, I said it. I think you are rude. Everyone is allowed to express their opinion, but it doesn't have to be mean and dirty. If you don't agree with what I write about, don't read it.

Disclaimer: I also have a large Canadian readership but due to the fact that they are all simply delightful, I will not include them in this post. Thank you for sharing Celine Dion with us.

So what got me to the point of writing this post?

Some of the comments were extremely mean. Some called me a bad mom. Others mentioned that I'm overly emotional. Some say I cuss too much but I already knew that.

And a lot of the comments were positive. But many said that I am a delicate snowflake of a millennial that should stop worshipping my children and start being a good mom because raising kids is NOT HARD.

These comments normally sound something like, "Why does this woman think raising kids is so much freaking harder now than it was in the 80's? I raised Elizabeth Marie and Richard Thomas in the 80's and they turned out great. I never had mom guilt. Millennials are so offended by everything, stupid snowflakes that whine about everything. All they raise are entitled little assholes. Grow some thicker skin and feed your toddler some Orange Crush while you go smoke a Salem in the living room."

So let me just say this. I do think that parenting now is probably harder than it was in the 80's. Not because the kids are different, but because our society has changed so much. I didn't grow up with a cell phone. I was completely oblivious to the world outside my cul-de-sac as a child. And sometimes, I do wish that I could raise my kids in a bubble, but it's just not possible, or healthy.

Disclaimer: If anyone in Owensboro knows what happened to the bubble they used to put over Splash in the winter, please let me know.

Our kids are absolutely bombarded by media. Computers, TV's, tablets, iPhones and all the other screens. And you know what, monitoring their screen time doesn't keep them from hearing about bad things that happen in the world. Because you better believe someone in little Tommy's preschool class is going to mention a mass shooting at a school or something else absolutely horrid that happened in our country.

And when my kid comes home and asks me about the boys and girls that died while they were at school, I must have a conversation with him about why these things happen. And that he can't be scared to go to school each day. And that is absolutely heartbreaking.

Moms these days live in a world of information overload. We don't get to wait until family Thanksgiving to hear Aunt so and so tell us that we need to lose our baby weight or the food we are feeding our kids is toxic. We get emails about it. We see it first thing in the morning when look at our phones that just so happen to double as alarm clocks. We see the news articles about the Top 10 Toxic Foods You Feed Your Kid Daily. And we read them. Because we love our kids and we don't want to be feeding them something that will make them lose an appendage. We might not always agree with them, because I will never take Goldfish away from my kids, but we do read them.

We have social media. Our kid can see online if they weren't invited to a birthday party while the party is actually happening. Hell, I can see if I wasn't invited to a party while it is happening. Or that I missed out on a super fun night out because I was sick. Or that it sucks I can't afford to buy the latest trendy thing splattered across the internet because I pay a shit ton of money for daycare. And none of those are good feelings.

So I know you think the answer is to tell me to delete all sources of social media and throw my phone and all other screens out the window. To shelter my kids from screens and news and the world in general.

But I can't throw all screens out the window and avoid the news and emails and text alerts. And I don't want to. Because for everything I see on Facebook that upsets me or makes me sad or angry, I see something else that makes me laugh out loud. Or I reconnect with an old friend. Or I see someone celebrating a pregnancy that they wanted more than anything in the entire world. And that brings me joy.

And I'm not going to cut myself or my family off from the news. I simply think that it's important to know what is going on in the world around us, even if it is negative. We need to be informed. A lot of people will disagree with that, but it is my personal opinion.

So yes, I think that screens and social media does make it harder to be a parent these days. The game of comparison is toxic and you do have to grow a thicker skin and laugh some things off.

But don't try to tell me that I'm a bad mom and I'm raising entitled kids because I won't let them drink Big Red from a two liter in the garage. Or because I let them watch Hobby Kids TV on my phone for an hour so I can have some peace and quiet.

So can we just agree to disagree on this one and move on with our lives? Thanks.

Autism and Toxic Parenting
I'm raising my kids without screens (mostly): It's not that hard
The Struggle of Losing a Family Pet:
advertisement

Autism and Toxic Parenting
I'm raising my kids without screens (mostly): It's not that hard
The Struggle of Losing a Family Pet: