Imperfect does NOT mean Inadequate 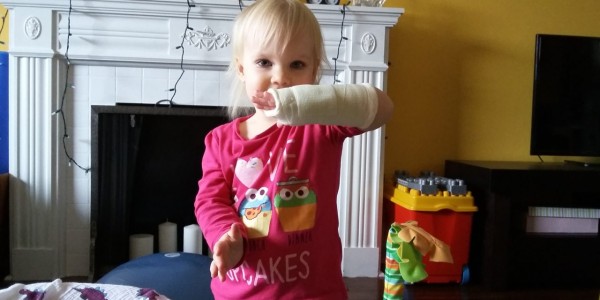 It was a snowy January day. My daughter was playing inside on our living room couch. Running back and forth, bouncing as she does. She stumbled, face-planted into the cushion and came up crying.

She hadn't fallen off the couch but instead landed on the soft cushion, as she had a thousand other times. After what seemed like an eternity of crying, we noticed she was holding her left arm. She told us it hurt but calmed down and went back to playing.

Every time she tried to climb onto the couch she screamed out in pain. The wrist looked OK, no swelling or bruising. We assumed it was a sprain. I showed her how to climb on the couch using her forearm to support her weight and she continued to play without needing our help.

Monday came and so did daycare. She favored her arm all day but didn't complain much.

Tuesday was a scheduled day home with me. She was noticeably better but was unusually attached to me.

Later that day, as I was helping her wash her hands after pottying, I grabbed her forearm to pull up her sleeve. She flinched. That's when the alarm bells gently sounded in my head. Hmmm... not a typical symptom of a sprain.

I called the doctors office and we arranged for a Thursday morning appointment. I wasn't convinced it was anything more than a sprain so I was in no rush.

As the doctor poked and prodded her arm, my little 2.5 year old acknowledged tender spots by pouting her lip. Unsure, we headed to x-rays. Even as the x-ray technician moved my daughter's wrist around to capture the photos, all that came out was a whisper "Ouch, that hurts."

I wondered if the doctor and x-ray technician thought I was one of those over-reactive parents. As we proceeded with the appointment and the lack of reaction from my daughter, it certainly felt like it.

The phone call came later that afternoon with news that my daughter's arm was broken just above the wrist. I immediately burst into tears.

Guilt over not recognizing the symptoms. Guilt that she had been in more pain than I knew. Guilt that we had waited FIVE days before seeing the doctor. FIVE days!

My daughter, witnessing my breakdown, came over and told me that everything would be ok. She was comforting me. Me! I should have been doing that for her.

I immediately filled her with Advil and coddled her for the rest of the day.

My husband returned from work that evening and gently coaxed me out of my irrational behavior, reminding me that the phone call and diagnosis didn't automatically mean she was in more pain.

It was then that I realized that my daughter didn't need to be babied. She had already been through the worst part of it. We had already seen noticeable improvement.

Instead, she needed help understanding her limitations, coming up with modifications so she could still enjoy playing, and she needed to know that she would get better.

It didn't take her long to adapt to her cast. She played without fear. She insisted on dressing herself. She even learned to sleep without sucking her thumb.

The whole experience was harder on me than it was on her. I still beat myself up for waiting five days to take her to the doctor.

These moments make me feel like I'm not good enough.

This was not the first time I've been struck by mom guilt and the inner dialogue of "Why didn't I...?" and "If only...". However, it was by far the worst. Months later, I still feel the guilt washing over me.

I know I will never be the perfect mom. I know that person doesn't exist. Then why do I beat myself up when I stumble? When I make mistakes?

If this had happened to a close friend, I would tell her she's doing just fine. I would reassure her that she had done her best and that was enough. I certainly wouldn't think any less of her.

So why is it so hard to say that to myself?

When our mom guilt kicks into high gear it means we are internalizing our mistakes. We think those mistakes somehow define us and mean we aren't succeeding. We overlook all of our successes and only see our failures. We judge ourselves harshly. We think we should get it perfect the first time but that's never going to happen. We are learning and we are going to mess up. It's okay to mess up.

Imperfect does not mean inadequate.

We are doing our best and our best is good enough. 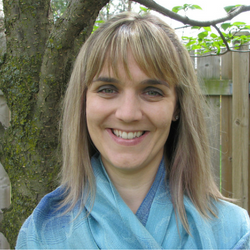