I’m the worrywart parent in my family

Published by Danielle Sherman-Lazar on September 13, 2020 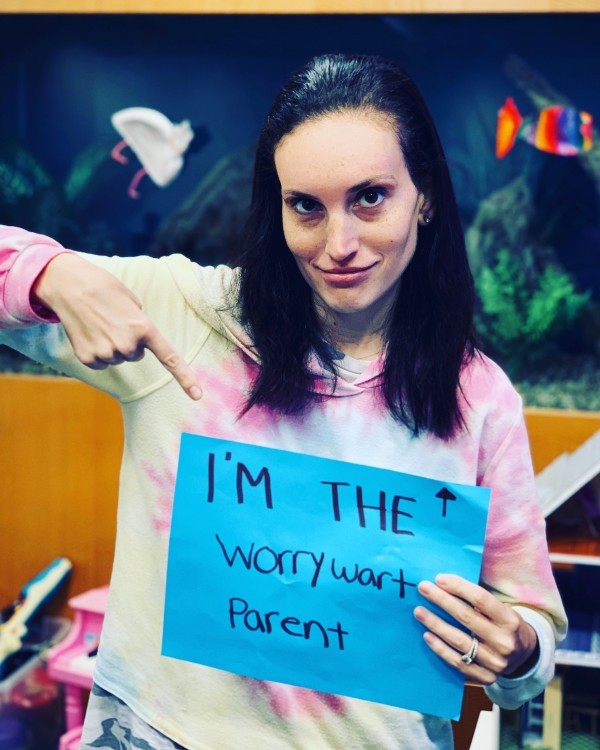 Raise your hand if you’re the worrywart parent in your family.

Every family has one parent who worries like a boss, so don’t be ashamed to admit you’re that parent.

I knew I was the chosen one the day my daughter went running toward the street, and she didn’t listen to me to turn around until three seconds later when I heard myself sounding like my own mother counting to three in a firm voice to GET BACK HERE — NOW!

Who am I kidding? I knew I was the worrywart parent the day my first child was born, and I couldn't get her to latch.

But I was the easy choice. Everything always gave me anxiety--people, making decisions, school work—so, the worrywart parent position fit me like a glove.

And with the addition of each child, the busy became busier, and the list of things to do became endless. And now that we’re in a pandemic, us worrywart parents are hanging off of a cliff of panic, holding on for dear life.

We’re the parent who feels our heartbeat, every pound in our chest when we see our child climbing the park's monkey bars. Because what if she falls? We’re the parent keeping more than a watchful eye on our kids as they head toward the rusting metal bench making sure they don't get too close.

We’re the parent who tries to predict and prevent disaster before it happens. Because of that, we're up all night long, adding to our to-do list. We’re doing this magical work behind the scenes, so the foundation doesn’t topple over. So the baby doesn't hysterically cry for her bottle, and it's not there. So the toddler has her snack and water after her nap to avoid a meltdown.

We're the parent who worries about every single decision, weighing the pros and cons. Will school with a mask be too much for him? And we overanalyze the crap out of that decision.

Being the worrywart parent is challenging, but we couldn’t see ourselves in any other role. Because those kids are our everything, so it’d be harder not to worry.

For the Love of "Ruff"
Our Journey from infertility, to child loss, to living life after.
10 Things I Wish Every Parent Should Know
advertisement

For the Love of "Ruff"
Our Journey from infertility, to child loss, to living life after.
10 Things I Wish Every Parent Should Know