I'm the autism mom who doesn't fit in

Published by Kate Rahman on February 1, 2021 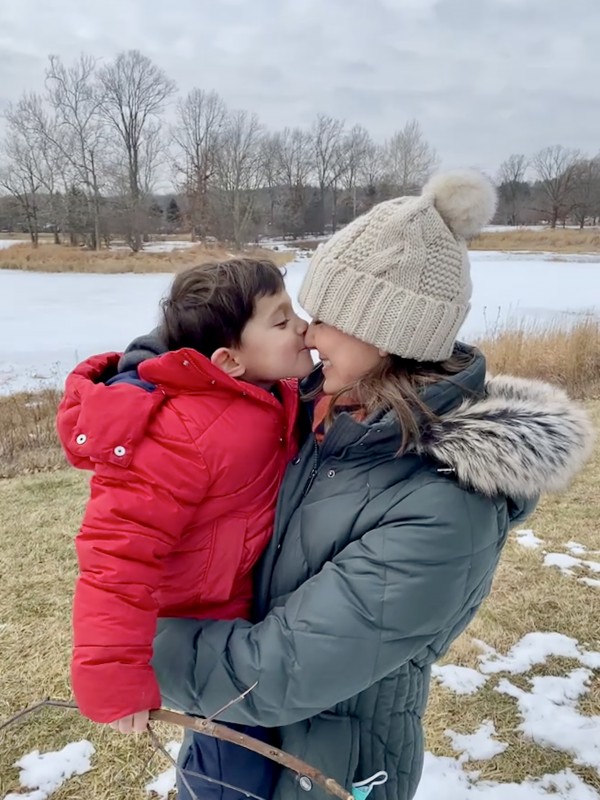 Rhys (pronounced “Reese,” like Reese Witherspoon) calls out to me as he stands on the back of the couch, pointing to the obstacle course he’s created with various pieces of furniture. He bends his knees into a deep squat then launches himself onto a pile of pillows.

“The floor is lava!” he shouts in delight.

There’s so much more happening in this scenario than my living room being turned upside down. Rhys is autistic, so the visual planning, executive processing, gross motor, sensory processing, and expressive language skills he demonstrates when the “floor is lava” makes me swell with pride. And the fact that he invites me into his world has me balancing on dining chairs, planning my safe landing on the ottoman.

We’ve been on our autism journey since Rhys was diagnosed in March of 2019, and full disclosure, I had some dark moments in the beginning. But Rhys has continued to be the same loveable kid he was before we knew he was autistic, and I’m grateful he snapped me out of my self-pity.

With every season of parenthood, there comes new triumphs and tribulations. We go through periods of rapid progress and exciting milestones, then we enter phases of regression and seemingly unsolvable problems. One issue I’m grappling with these days is where I fit in the autism world.

Get over yourself, right?

It might sound self-involved to expend my limited energy on decoding what this all means for me, but learning my child has autism was a major breach to my identity as a mother. It took me a while to settle into motherhood in the first place, and this added layer of complexity rocked me a bit. Also, I’m Rhys’s person. The one he relies on to rescue him when the world is just too much. I’m trying to figure out how to do this right, but it’s been a clumsy endeavor so far. Here’s why…

Many would describe Rhys as having “high functioning” autism. I know that term is offensive to some and that it’s not an official medical diagnosis, but here’s what it means for us: his autism is undetectable to most people most of the time, which I find both helpful and challenging. Helpful in the sense that we can do the usual family things without special assistance, he isn’t immediately labelled by others upon meeting him, and he’s fairly independent when it comes to basic life skills. Challenging because I don’t always understand him or what I should be doing for him. Example: he’s having a meltdown because I can’t find the specific episode of Steve and Maggie he wants to watch. Is this autism or an impatient four-year-old? He’s standing on his head because it helps regulate his body. Should I be discouraging this behavior because it may get awkward when he’s older?

The truth is, I struggle to articulate how autism presents itself in Rhys. Maybe it’s my lack of knowledge or his inability to describe his experiences to me, but it feels like other moms have a better grasp on their child’s world. I join online support groups and feel like an imposter reading their stories of trying different medications, aggressive incidents at school, and self-harming behaviors. I’m grateful Rhys can talk and express affection, and his cognitive development is on track for his age. But he doesn’t understand how to respect others’ personal space, he can be very rigid, and he obsessively brushes his teeth. Is there an “autism light” community I should be joining?

Rhys has a developmental pediatrician and a team of therapists, and the two sides don’t completely agree on a treatment plan. His needs are a moving target and it seems every few months I’m fumbling around to find the right mix of therapy without any consistent guidance. It can be a daunting, and sometimes lonely task. Not to say my husband isn’t actively involved in decision-making for Rhys. But he’s focused on running our catering business day-to-day and relies on me to convey conversations and summarize my research.

In the beginning, the one recurring theme I kept coming across was “you know your child best.” Did I though? Sometimes Rhys’s autism is invisible, even to me.

I began reaching out to other moms of autistic children to learn how they found their way. Each one had a distinct perspective and their children had different needs. Don’t get me wrong. They offered an outpouring of love and support, but I didn’t see myself or Rhys in their experiences. It was simultaneously comforting and isolating.

My gut tells me to go against the grain.

The first milestone in my autism mom journey was our decision to stop applied behavioral analysis (ABA) therapy, arguably the most common form of early intervention for autistic kids. Many consider it to be the gold-standard treatment because it applies evidence-based practices. Rhys received ABA therapy for about four months before we pulled him out. I believe in its efficacy, but I questioned its ethics. Something about the way they used operant conditioning (that psych degree did come in handy!) felt like they were teaching him to act “normal,” instead of helping him navigate being autistic. ABA also failed to incorporate empathy, feelings, and problem-solving, which was a huge miss given those are strengths for Rhys. I acknowledge ABA has been, for many autistic people, the key to living a life of independence. It’s just not for us. There’s nothing wrong with being autistic, and I never want Rhys to perceive that we are trying to cure or change him. Confidently making a decision that goes against the mainstream approach to treatment gave me hope that I’m finding my way.

I learn more from autistic adults than autism support groups.

At some point it occurred to me that autism parents could benefit from the insights of autistic adults, a group that’s largely drown out in online parenting discussions. Their views on therapy, guidance for how they want to be treated by others, and advocacy for neurodiversity have brought much clarity to my confusion. I’ve learned about masking, autistic burnout, and why stimming is such a healthy activity (when it’s not harmful). They’ve also validated my instinct to reject some of the popular guidance I’ve received as an autism parent. My ah-ha moment came when I realized the goal should not be to program Rhys to behave like everyone else or fashion him into someone who could fulfill my own neurotypical ambitions. The work we’re doing is meant to give him the support he needs to be happy, confident, and capable, while embracing the magic that makes him unique. 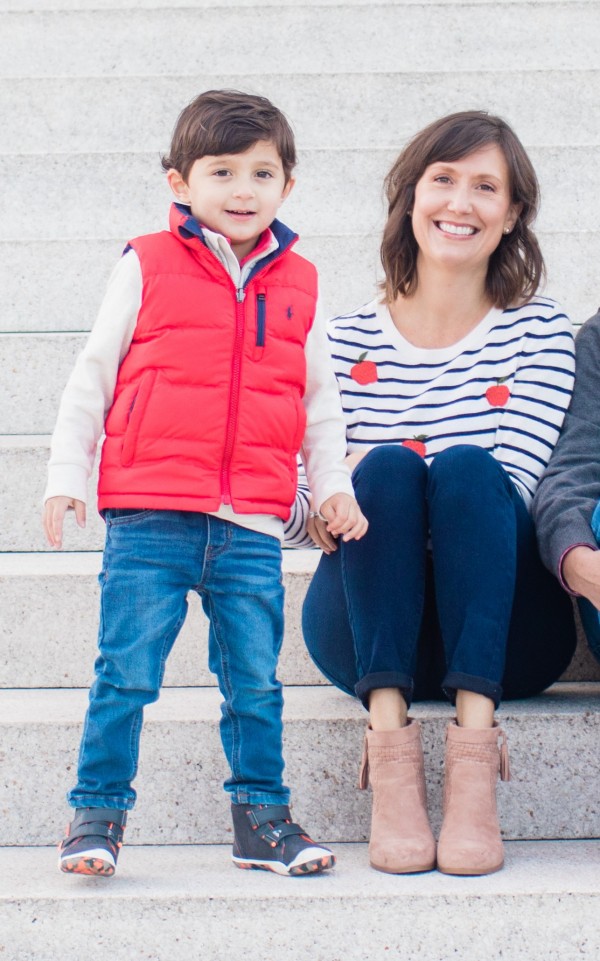 Whether I think I fit the mold or not, I acknowledge I have many things in common with the autism parent community. We have the exceptional and relentless mission of protecting our children from unavoidable monsters, like a humming refrigerator, disruptions to routine, and unkind people. We feel sad when our friends complain about their never-ending ballet classes and soccer games while we’re busy managing hectic therapy schedules. We wonder what the future holds and feel the weight of raising a child who’s different.

I’m getting more comfortable forging my own path as an autism mom. That’s a testament to Rhys and all the progress he’s made. I know things will get harder, then easier, then harder again. It’s the storyline of being a parent. I’m fearful of the bullies. I wonder if he’ll have his heart broken. I wonder if he won’t… but the shift is that I no longer feel like autism is something that’s happening to us. Whether I fit in with other autism moms or not, Rhys is living his best life, I know I have a part in that. 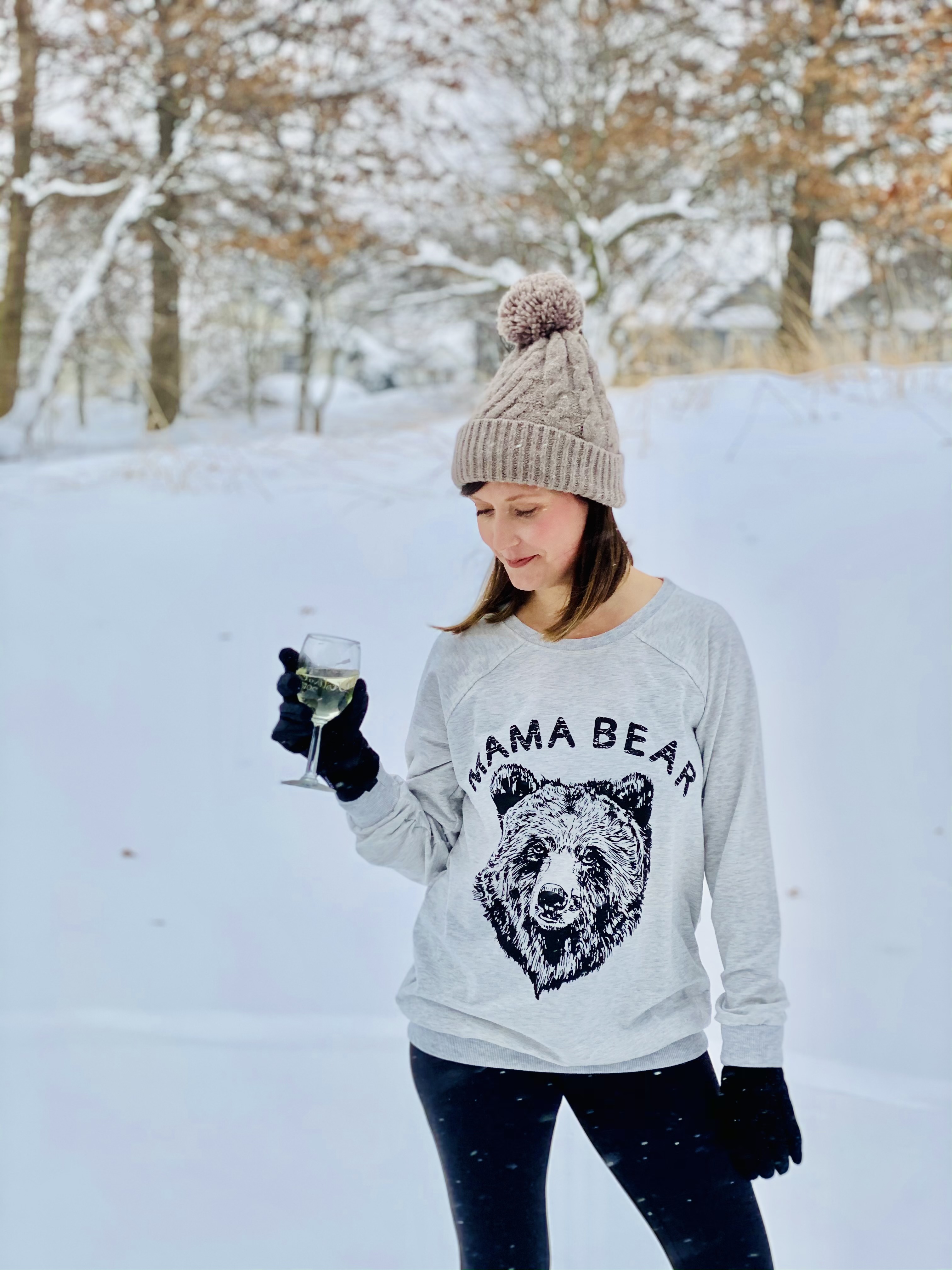 I’m a lifelong storyteller, fueled by coffee, survived by wine. I enjoy connecting with people by sharing my personal stories of resilience, grief, parenthood, and self-deprecation on my blog, Just pour.