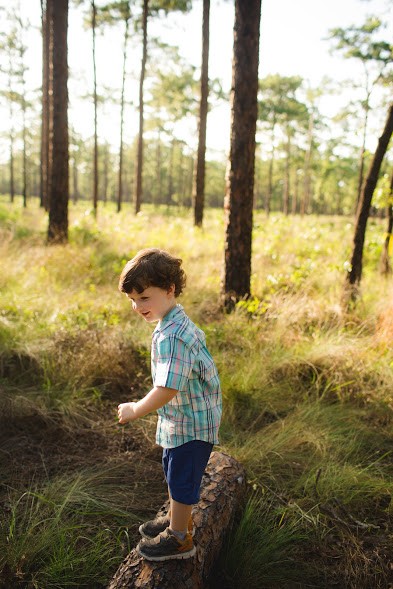 Our oldest child, Jacob, recently started kindergarten. As you might expect, it has been the main event in our household and the driving force behind our daily schedule. Where our mornings used to be a slow, often unpredictable and messy morass of waking, dozing, eating, and sometimes returning to bed or falling back to sleep on various pieces of furniture between the hours of five and eight, we now operate with military-like precision. Well, maybe military-like precision is overstating it a little, but we have made it to school on time for the first seven days!

School starts at 7:55 and the drop-off traffic requires that we leave a substantial cushion to allow for unexpected delays. Also, we must leave a substantial cushion for expected delays like arguments over cereal bowls, pants, or order of entry into the car. Complicating matters, my wife leaves for work well before seven, so on her work days it’s just me serving as circus ringleader. So, what I’m saying is, we now get up really early and I’m stressed out a lot.

All this came as no surprise. I knew the start of kindergarten and our family’s entrance into the world of elementary school would be a big deal. What I didn’t expect, though, is that our 3-year-old, Bennett, starting school at the same time would have such an impact. I didn’t expect it for one simple reason: Bennett hasn’t started school. We haven’t made plans to enroll him anywhere. We might do something before he starts VPK next August, but we haven’t done anything yet. Or so we thought. But according to him, he’s been attending for a couple weeks now.

At first, I thought it was just a bit. I figured he was just trying to share some of the going to school spotlight with his brother. However, we keep trying to trip him up by ambushing him with various questions about his school and he has yet to break. He answers each of our inquiries without missing a beat and his responses are often weirdly specific. I’m starting to wonder if he knows something we don’t.

“So, Bennett, did you take lunch to school today or did you buy?”

“I bought because I don’t like the food we have at our house.”

“What did you have?”

“Soup with white crackers and cheese.”

“What kind of soup?”

See, his story is air tight.

Another interesting thing about his school is the climate. We were discussing the solar eclipse and Jacob was speculating that it would probably snow because the sun would be blocked and it would be cold. I had to think about that for a minute; it seemed like a fair point. Bennett, however, didn’t have to think for long.

“It snows all the time at my school,” he said.

And yesterday things got even weirder. Jacob was very excited when we picked him up at the end of the day because the gingerbread man his class baked came to life and they had to chase it around the school.

“I thought that just happened in stories,” Jacob said. “But it’s real!”

Fortunately, the gingerbread man returned to his place on the baking sheet in the classroom before the end of the day so Jacob and his classmates could devour him piece by piece. And that’s not even the weird part. While Jacob was recounting these events, Bennett chimed in.

“At my school, there was a gingerbread man and we couldn’t find him and then he came back to our classroom and then we ate him!”

What an amazing coincidence.

But perhaps the most alarming piece of information Bennett has provided is the identity of the teacher at his school: The Other Ms. Bernadette. This is particularly concerning because Ms. Bernadette was Jacob’s preschool teacher last year and WHAT ARE THE ODDS THAT THERE ARE TWO MS. BERNADETTES TEACHING PRESCHOOL IN THE ORLANDO AREA?!? Really, there is only one logical conclusion. Bennett must be living in an alternate timeline. And, you know what? The way things have been going in the world lately, I might just join him. 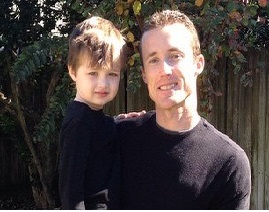 A Turtle Doesn't Run Through It
We’re Running Out of Time
Disabilities are not scary, its OK to talk about them.
advertisement

A Turtle Doesn't Run Through It
We’re Running Out of Time
Disabilities are not scary, its OK to talk about them.