I was nearly killed because of the police. My non-white son means I can't move on.

I’m a white woman in middle class America and when I saw the video of George Floyd being killed in the street by Derek Chauvin, I was infuriated on a level that goes much deeper than a woman of a “privileged color” is normally able to grasp. I was upset because a man’s life had ended so tragically. I was upset because a murder was committed in broad daylight while surrounded by police who did nothing to stop him. I was upset because Chauvin was the police. And I was upset because I was once again reminded that if there’s an oath officers take that rises above protecting the citizens they serve, it’s the unspoken oath they take to never turn on each other. 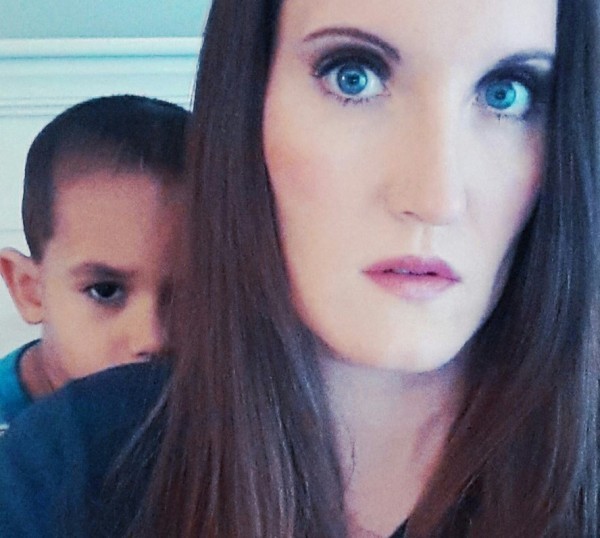 In 2014 my husband nearly killed me. After he had disappeared a year earlier, I had eventually gotten a divorce and was moving on. But now he was back and with it, so were all of his abusive tendencies. There were death threats, dead animals left on my porch, and even a noose tied to my balcony. All signs pointed towards danger and being the now-single mother of two very young children, I wasn’t about to go down without a fight. And fight I did, right up until the night that I called 911 and everything went terribly wrong.

I won’t go into details because it’s not the point of this awful story, but what occurred next was a police cover-up that ran so deep, my attorney couldn’t even get a copy of the 911 tapes because they had “accidentally been erased from that night,” or so we were told.

“I remember sitting in at the police station, telling the captain that I truly feared for your life,” my attorney Michael Biederstadt recalled when I asked him what he remembered of that time. “But they blocked us at every corner.”

As for me, there’s a lot that I remember from that period in my life and there’s even more that I really wish I could forget. But the pivotal moment for me came when the police department’s social worker looked me square in the eyes and said “There’s a real problem in this department but I’m in the unfortunate position of being both the victim advocate and the police liaison. And with that conflict of interest my hands are tied. However, I know that if you were to speak up, there’s a line of other victims who would stand up right behind you.”

So I stood up. I stood up in a town well known for the cover-ups of its officers and I tried to make a change. I met with mayors and state representatives. I called the news and I screamed at the top of my lungs to anyone who would listen to me and when that wasn’t enough, I began publishing my story everywhere from Yahoo to Lifetime because someone, anyone, needed to hear me. Then, when I realized that just being heard wasn’t going to change anything, my attorney and I founded a nonprofit that in part was aimed at helping improve interactions between police officers and the community.

But it was never enough. We were never able to penetrate the walls that protect the police inside. We were unwanted and shown the front door and eventually we gave up. So when I saw Floyd dying on the ground while Chauvin knelt on his neck and three other officers looked on but did nothing to stop the murder that was occurring right in front of them, I was well aware of how many other murderers were standing right behind him, that couldn’t be seen on video.

This is a fundamental problem in police departments across the nation, and it doesn’t break down to each individual officer. There are plenty of amazing cops but once you layer them under the oath of silence that dominates the profession they serve, you allow the bad ones to walk free, and men to die by their hands in the street. You allow cops who have eighteen complaints against them to be partnered with rookies who don’t stop a murder in progress simply because it’s being committed by one of their own. And if that’s not messed up, then I don’t know what is; especially when you add racism into the mix.

I am a white woman in middle class America, raising a bi-racial son from my first marriage with a white son from my second, and I’ve already seen the societal racial difference between my two boys. “Thank you for adopting that Hispanic child,” a woman once said to me at a playground, pointing out the color difference between my skin and that of my son’s — assuming that he was Hispanic — while alluding to the fact that any child of color is considered less-worthy than a white one. A few weeks later, a reader commented on an article I had written, calling my son a variety of racial slurs. People guess all the time what race my son is and it’s not as if they even care, they just notice that he isn’t white and suddenly he’s defined by racist prejudices that never fall onto my other son, who has blonde hair and blue eyes. They think because of his skin they already know him and it leaves a pit so deep in my stomach that I feel as if one day I just might fall into the fear and never get out. Because I saw Floyd call out for his momma while he was dying on the street and I know what it’s like to call out to the police for help, and not be heard. I know what it’s like to be white and have the police protect each other before me and I know that my son is an even easier target because his skin is a few shades darker than mine. 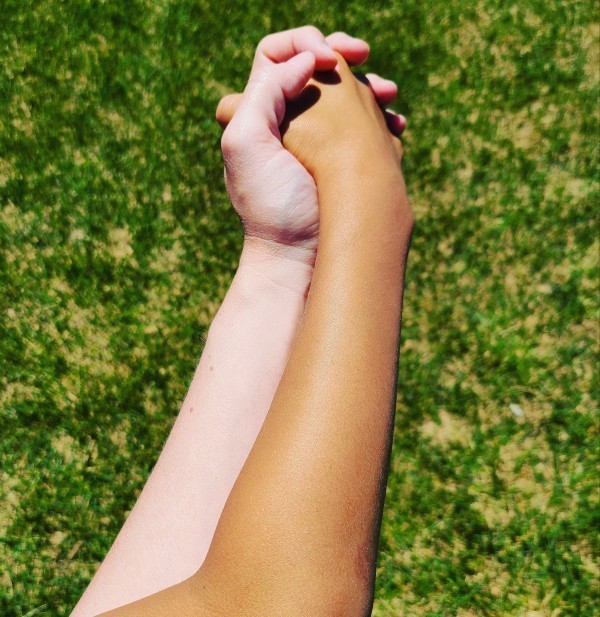 We have a catastrophic problem gripping our nation and it doesn’t start or end with just one issue. I would give anything to make the world a safer place for both of my sons, and everyone's children, but I fear that it will never happen. I have already tried, and I have already failed, and while I want this to be the new pivotal moment where things change for our nation, I can’t help but worry that next week there will be something new to talk about and that everyone will move on. The protests will end and people will forget until the next time; never really doing much beyond making their signs and marching in the streets.

And to George Floyd, I’m so sorry that when you needed someone they didn’t show up. I’m so sorry that not even one officer stood up to the one kneeling down on you. I know it’s too late, but if it means anything at all, this momma heard you. I heard you and you deserved more. 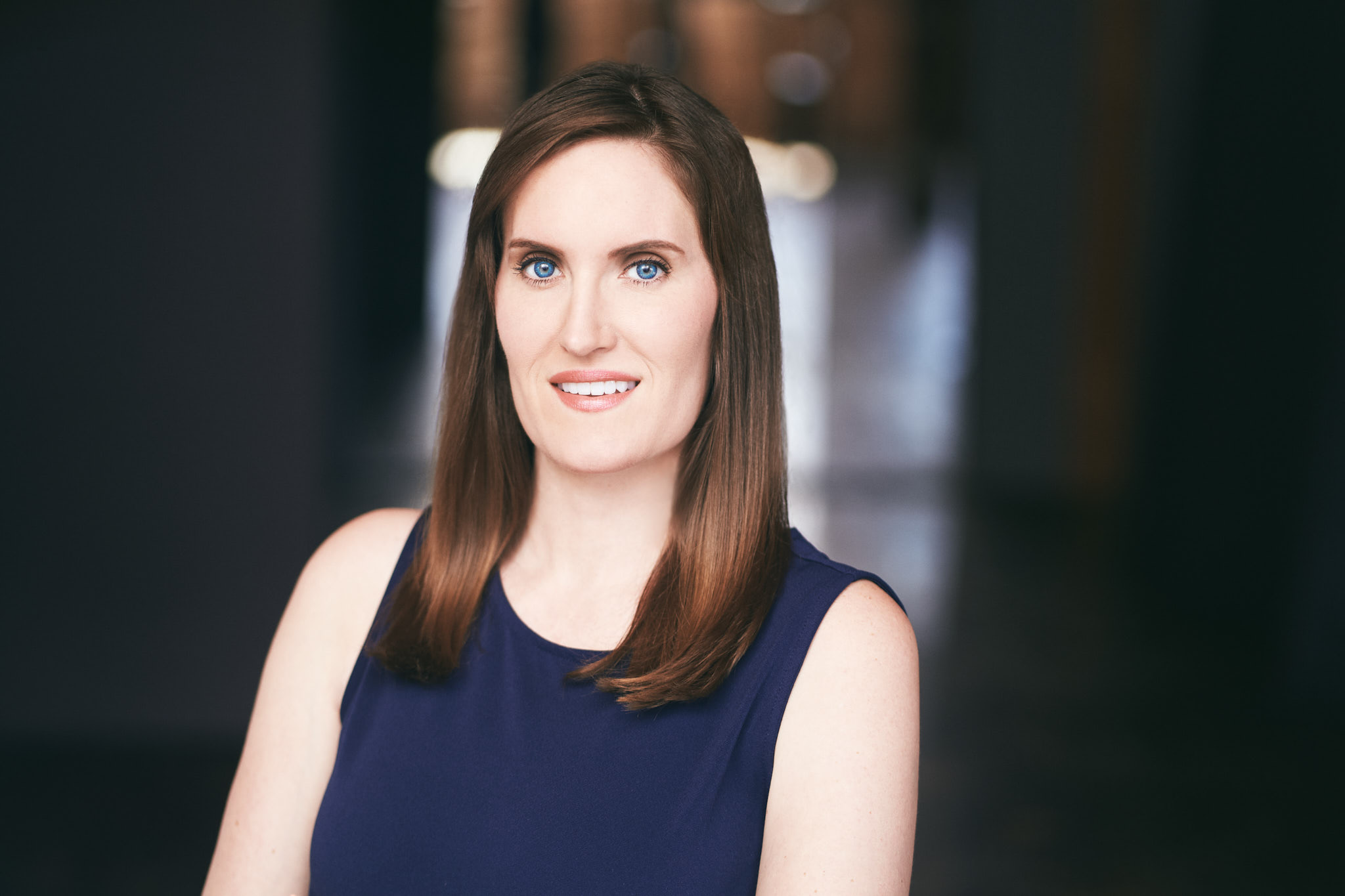 Hi Moms! Im Eden, the mom to three crazy kids ranging from a sweet two-year-old boy to a sweet but snarky 11-year-old girl. My middle son is 8 and lives with epilepsy and autism. After surviving domestic violence and navigating single motherhood, I have learned deep respect for moms walking through all different phases of life.

My life and my children’s lives are not a social media trend
The realities of raising a kid of a different race
It's uncomfortable and awkward to talk with your kids about racism. Do it anyway.
advertisement

My life and my children’s lives are not a social media trend
The realities of raising a kid of a different race
It's uncomfortable and awkward to talk with your kids about racism. Do it anyway.