If you ask me to go for ice cream

If you ask me to go for ice cream, I'll always say yes...

It's true what they say, the days were long, but the years, the years went by so quickly.

I remember filling our days with trips to the park or the playground. I would put you in your car seat when we were done, and you would smile and say, "can we go for ice cream mama? '

I always said yes, knowing one day I would miss it so much. You would inevitably wind up covered in ice cream, with that big smile of yours. I would wipe your hands before putting you back into the car, and you would give me a big kiss to say thank you.

As we were driving home, I would see you fighting the urge to drift off to sleep, but you always gave in eventually. My sweet little boy, with the chubby cheeks sound asleep in the backseat was one of my favorite rearview mirror views.

The years passed by faster than I could have ever imagined they would. You sit in the front seat now. Every so often I catch myself looking in the rearview mirror, knowing full well that the seat is now empty, but the memories are full.

We talk in-between the silent moments while you Snap your friends.

Every so often we both agree that this is in fact a great song, and I turn it up. You put your phone in your pocket, and for those moments it's just me and you kid. I like to tell you a story about those little years. Sometimes it's one that makes us both laugh, like how you used to say, "PU mama I smell a stunk!" I never corrected you because stunk was way cuter than skunk. Sometimes it's a story that makes us both miss those simple days, like how we used to pick up your great-grandmother and go for ice cream. She always claimed she wanted to take you, but I knew she wanted ice cream just as much.

So, today when you asked if we could go for ice cream, I said yes. We sat on a bench for a half hour talking and laughing. I have perspective now, and I know one day years from now I'll be driving, and the seat next to me will be empty. I'll still see you there, my teenage boy, smiling and saying, 'Thanks for the ice cream, Mom.'

And just so you know, if you ask me to go for ice cream, I'll always say yes. 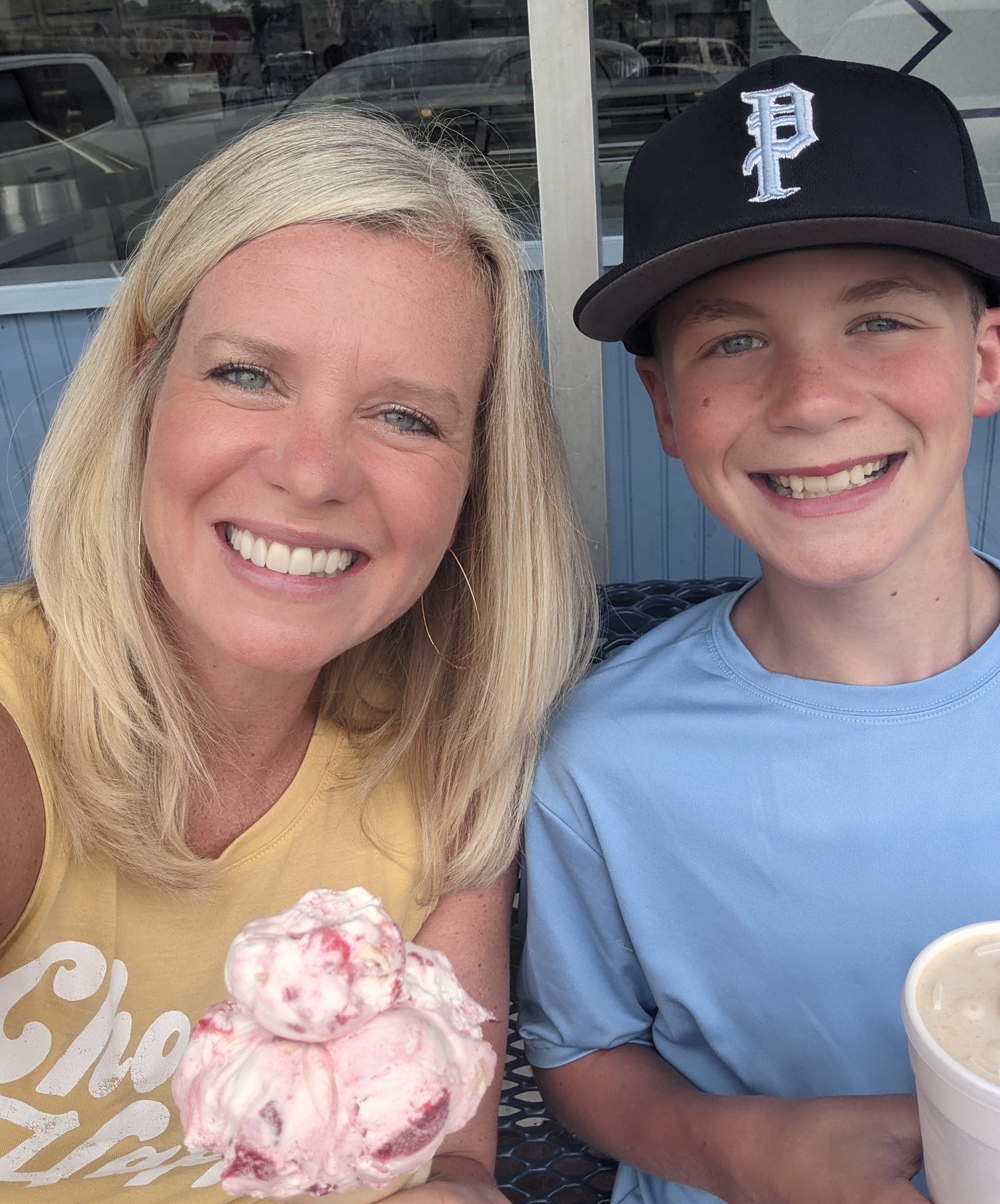 This originally appeared on Outsmarted Mommy

Dear passenger seat: Thank you for being along on the journey
Real moms bleed for their kids
Ziploc Travel Method
advertisement

Dear passenger seat: Thank you for being along on the journey
Real moms bleed for their kids
Ziploc Travel Method