I took a break, but I didn't quit

"I quit." Those are words I've never uttered to my children, but I said them recently.

After almost two week of waiting hand and foot on my son after his surgery and then going right into days of entertaining from the holiday, I woke up on December 26 with a bout of sciatica. Still, I went to the movies with my son and sat on an uncomfortable seat. I took my kids to Target and they picked out more stuff with money they had gotten for a present. I cleaned up presents and meals and put away dishes from a huge meal here last night. I did all the things we all do because it's just what we do. I'm not trying to sound like I'm anything special because I'm not. We all do it and I'm not an exception. We make holidays magic and the magic is simply enough to sustain us. But tonight, I yelled "I quit!" It wasn't fair but I did it.

My brother lives on the west coast and I didn't get to talk to him on Christmas day, so we made time to talk the day after Christmas. Hearing his voice is special to me, always, but when I was on the phone with him, my son shot his Nerf gun in the house and my daughter decided not to play with her American Girl doll and instead, opened a box of screws. She then screamed when I took them and moved on to Sponge Bob candies. She shoved an entire crabby patty into her mouth and I reached my fingers into her mouth and extracted all candy. More tears. I'm still on the phone at this point and more chaos ensues. She's two, overtired, and sugared up. She took her new Paw Patrol dominoes and threw them everywhere. My son shot the window and a vase fell into the sink. My children, who are rarely total jerks, were tonight, (and that's likely not even fair to say that) and I had to get off of the phone with my brother. I adore my kids and if you read here with me nightly, you know I do. You know they were prayers answered and that they brought me back to myself and the joy and beauty in the everyday. All of that is TRUE. But, I lost my mind when my husband walked in from the store with Chips-a-Hoy and Oreos--the day after Christmas when we have sooooo much candy and food. I just stared and then my son asked me to heat them up because they are better warmed. 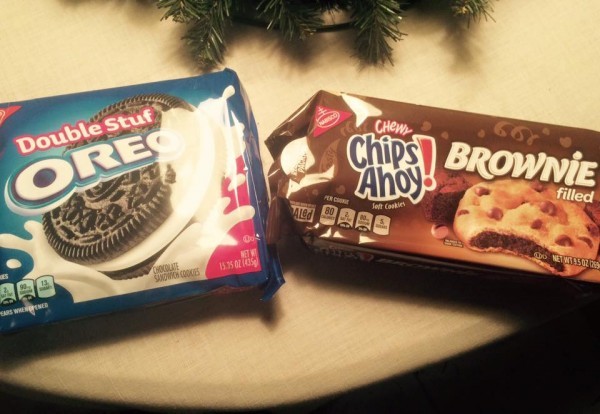 I threw my hands in the air and said "I quit!" Shocked kids just looked at me. My daughter stopped doing whatever ridiculous thing she was doing. My son dropped the Nerf gun. My husband took over. I sat and stared at the fire as it flickered methodically.

Later, my daughter smiled and hugged me and said "I love you, Mommy." And when I looked into her ever blue eyes, I saw the love there. And I saw her curls, so perfect, getting longer now and framing her face.

I tucked my son into bed and he said, "Mom, I don't know what I'd do if you quit. I need you here." I told him that I will never quit. And as I pulled the blanket up to his chin, I saw the face I've been looking at for over seven years, thinner now. His cheeks are slimming down and his jaw line made an appearance for the first time in our Christmas Eve photo.

My husband, who really is a helpful and loving man, hugged me and rubbed my back before he took the trash out. When I went into my bathroom to soak in the tub, the heat lamp was on. It gets drafty in this old house and the previous owners installed a heat lamp in the bathroom. I love it and he knows it.

So, I didn't quit. I love my people and they love me. And I was renewed. I live a blessed and charmed life and I know it. I really do. But it isn't always easy. But then again, nothing worth doing ever is. I think of Mary giving birth to Jesus in a dirty stable and my cookie/domino/screws/Nerf gun drama pales in comparison. Mothering isn't easy but it is so very worth it. And while I was tired and so fed up that night, I know this to be true: I don't quit. I'll never quit. 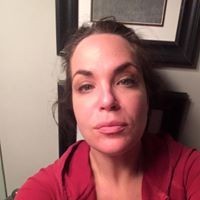