I left the hospital with a box instead of my baby

We left the hospital with a box.

I went into the hospital when I was 28 weeks pregnant. I was there for monitoring and bedrest. I was there to deliver my baby. She would most likely be early, but I was assured she would be fine.

At 30 weeks pregnant, I found out she was gone. They told me there was no more heartbeat. She was dead--stillborn. So, after my baby left forever they gave me a box. A white box with a green bow containing a few of her belongings.

It wasn't supposed to be that way.

We were supposed to leave with a baby--a living, breathing, adorable baby. A baby to take home and love and raise. One that we would watch grow up into a toddler and a child and a teenager.

But we left with a box. 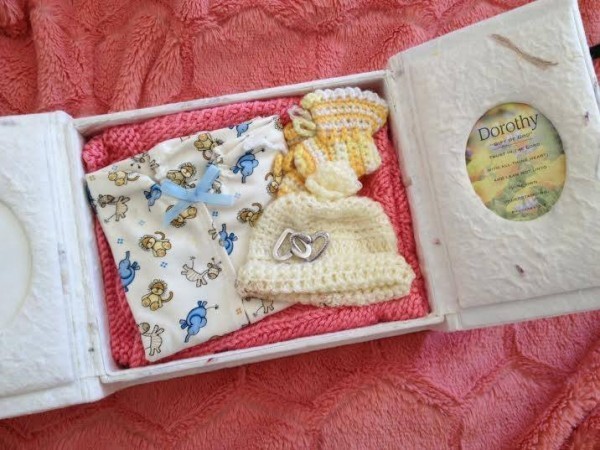 A box filled with beautiful keepsakes that I didn't ask for. They were not what we wanted and they were all we had left. I resented that box. I wanted nothing to do with that box.

Who could ever want a box when they were supposed to have a baby?

It didn't matter how beautiful the items were or how thoughtful the intention. All that mattered was I entered the hospital expecting to bring home a baby and I left with a box.

That box felt all wrong in my hands, but still I couldn't put it down. It was all that was left of the life we lost. It was all we had left of our baby who died. There was nothing in that box that I wanted but it represented all I had ever dreamed of.

We left with a box.

Not a baby. Not our child. But with a box.

No one smiles at you when you leave the hospital carrying a box. No one really looks at you. Or maybe they do, but you can't be sure. It's hard to look at anyone when your arms feel so empty and life feels so uncertain.

I didn't want that box.

But I came home with a box.

Read more from Rachel Whalen at An Unexpected Family Outing