I Didn't Want Kids - How Things Took A Turn 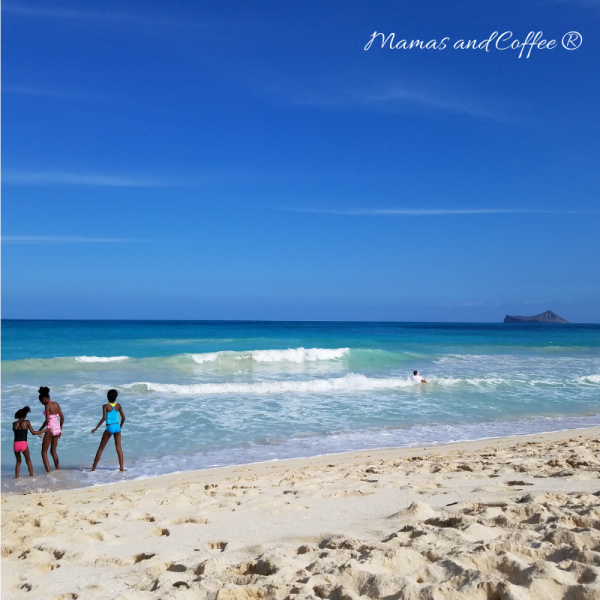 When we first found out we were having a baby, I screamed, "Nooooooo!"

Hubby and I were finishing up our vacation plans to travel to Miami that upcoming summer. Yeah, the summer that our baby was due.

There's no going to Miami now!

Marriage Nor Kids Were On My Radar

Hubby and I met in college, and during that time, I just wanted to have fun. I was in school to focus on my education and my social life. So becoming a wife or mom....hmmm...NOPE!

Well, that man changed my mind about becoming a wife.

I made a few statements about plans and not wasting my time dating if there was no real future. A few weeks later he asked about my ideal family. "A husband and a dog." He then mentioned how he wanted a wife, dog and eventually kids. I thought..... Oh, well, that's great dude! What came out of my mouth was, "YES! One child after a few years would be great. After we're both established in our careers and we have life in order." This statement wasn't necessarily directed at him and me as a married couple cause I felt he was dragging his feet and we would go our separate ways after graduation.

He proposed, we married. After one year of marriage, my husband mentioned kids.

KIDS? No! I'M NOT HAVING KIDS! We have two dogs and chilling.

Man, that didn't go over well.

A Lot Of Talking Went On

We talked. We talked A LOT! After a few months, I was on board. "Ok, let's have a baby." It caught him off guard. Cause when I said let's do it, I immediately tossed my birth control and was ready to get this party started.

In my mind, it was going to take awhile. Naw, man, I got pregnant fast!

There I stood in the living room telling him that something was off. I hadn't missed a menstrual cycle, but I knew something was just different.

Off to the store he went. Back to the house and off to the bathroom I went to pee on the stick. That joker blinked twice and showed...PREGNANT!

Noooooo!!!!! There's something wrong with this test. I have a job I love, and we're planning to go to Miami.

Back to the store he went. He purchased one of every brand, generic and all — two lines, plus signs, pregnant, etc. Every single one showed positive.

I contacted medical at the Navy base first thing that Monday morning to make an appointment. Got an appointment and off I went a few days later.

Yep! It was confirmed. I was pregnant. Lots of emotions, but it was suddenly calmed with a shopping trip with a new found friend who approached me while waiting at the pharmacy on base. We both were waiting to receive our prenatal vitamin prescriptions. Yeah, not the brightest idea, but we went shopping together that same day. Do NOT do this!

To save time, let me just fast forward to years later.

We now have three beautiful, intelligent and inspiring young ladies. They are in the tween and teen years now. Do you know who suggested having more than one? Yep, me.

And no, we still haven't made it to Miami.

If you would like to know what happened between finding out we were pregnant and giving birth (cause that whole day at the doctor office is a full article within itself) join me on my site and follow me here on Today's Parenting Team!

I'm a Navy wife and mother to tweens and a teen. I love life and love sharing my experiences in hopes to help others. Let's talk about Love, Life, Family, and Home.

25 Weeker Twins
'Love Letters' are still a thing. Here's mine...
She was worth the wait, our infertility journey.
advertisement

25 Weeker Twins
'Love Letters' are still a thing. Here's mine...
She was worth the wait, our infertility journey.