I didn't know I Was Pregnant, and I Think God Wanted it That Way

People often say they don’t understand how a woman could not know she was pregnant. I mean, I myself, never understood how that was even a possibility. Well I am about to take you behind the scenes of how I came to be one of those women.

I wasn't struggling to get pregnant. I had never done infertility treatments or anything like that.

I had never lost any babies to miscarriage or stillbirth, fortunately.

I just had given up on the idea of having another baby after having my son 13 years prior. My PCOS (poly-cystic ovarian syndrome) made it nearly impossible to intentionally conceive, and it was a miracle I ended up with my son in the first place.

Besides that, a couple years after I had my son, I developed crippling anxiety, postpartum depression, and pre-diabetes most likely from having gestational diabetes when I was pregnant. Although with my son growing older and much more independent, I sometimes ached for another shot to snuggle a baby of my own again. Remembering all the firsts, and how special those days of raising a newborn and a toddler can be.

However, just thinking about being pregnant and bringing another person into this world, my panic would escalate. Knowing that I suffer from anxiety and other health issues, it could potentially be a nightmare for me and a baby. Add to that, now I was so much older, I figured I wouldn't even be able to keep up with a baby. Plus, at this age there were more risk of complications and I definitely wasn’t crazy about the idea of a c-section again. Realizing how impossible it would be, I can remember feeling a little trapped, by my body, by my panic and by my mind.

So, I would hush the idea with contentment of knowing I am a mom to one. One great kid and that was fine. It was easy, we were a small close nit family. Life was good.

Skip ahead many years later and something seemed off. I was having dreams of being in the hospital and handed a baby, on multiple occasions.... same dream. This left me with a strong yearning to be a mom again, after all these years, I thought I had put this all behind me. All the sudden I couldn’t stop thinking about a baby.

For a few weeks I had been having spasms in my stomach, with no other noticeable symptoms, I was afraid I was developing an ovarian cyst again, like I had in the past.

For reasons I will never understand, like an out of body experience, I bought a pregnancy test. I wasn’t even sure why. I didn’t think that I was pregnant, I didn’t feel or look like I was, I wasn’t necessarily hoping that I was. But I did it anyway.

Multiple tests later all revealed I was pregnant!

As the next week went on it was all a blur. Everything seemed to happen so fast from that point! Within ONE week I found out not only that I was pregnant, but that I was 21 weeks along and having a girl!

She was healthy. I was healthy! I was half way done! I skated through half of a pregnancy with no symptoms, side effects or problems. I was determined not to end up with gestational diabetes again so I walked and walked and walked! Never gaining more than 5 pounds during the entire pregnancy and keeping my sugar numbers in check, it was almost like it wasn't my life. It was all too perfect! I had a boy and now I get a girl! Life is starting over. A renewal in our family.

This was all God. 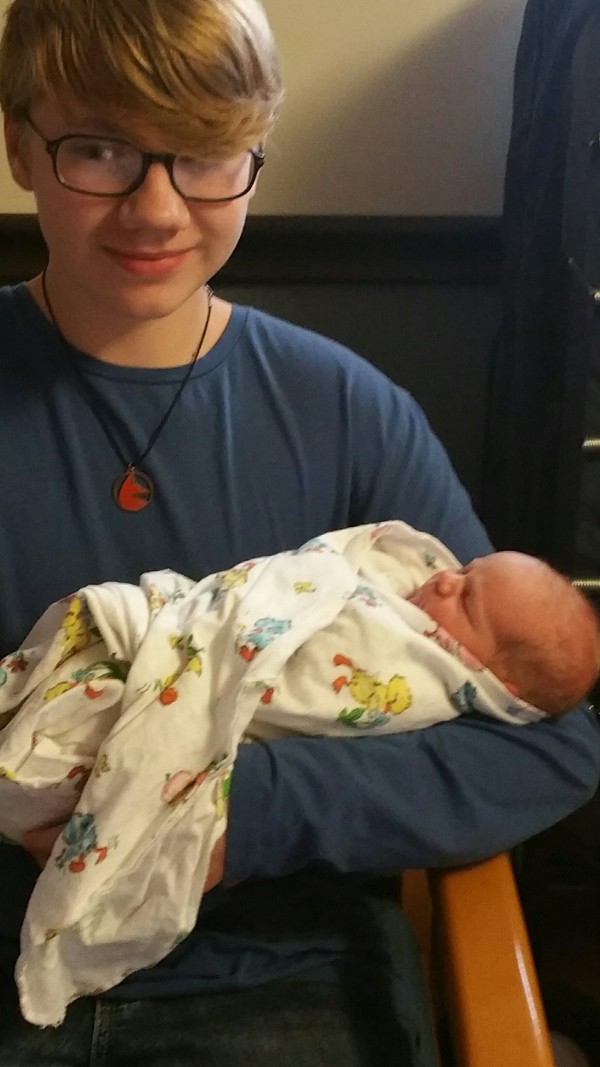 He showed his favor on me during this pregnancy.

He glorified himself in this whole situation. He showed me that every preconceived notion I had about another pregnancy was inaccurate, because I was not in control. He was. He made that so clear. There is no other explanation for all the things that went right, and I didn't have to worry about how "I" would have to control it to make everything okay.

I truly believe that he intentionally kept me in the dark until he felt it was time to reveal this miracle he had been working on. He knew I would worry, and stress and panic and make myself sick. By waiting to reveal this to me he was saying that he took care of this baby girl and me for 5 months prior and everything was okay. My ignorance to the matter kept me from panicking to control the situation and taught me one very important lesson; how to trust God! I didn’t experience panic attacks at all through the entire pregnancy or after. I gave birth (c-section none the less) to a perfectly healthy 7 lb 15 oz baby girl. Not one day has went by that I don’t think of how my daughter came to be and I want to shout this story from the rooftops. I want to let people know how great and mysterious and in control God really is, and to give hope to all, that you never ever know when God will change your life. 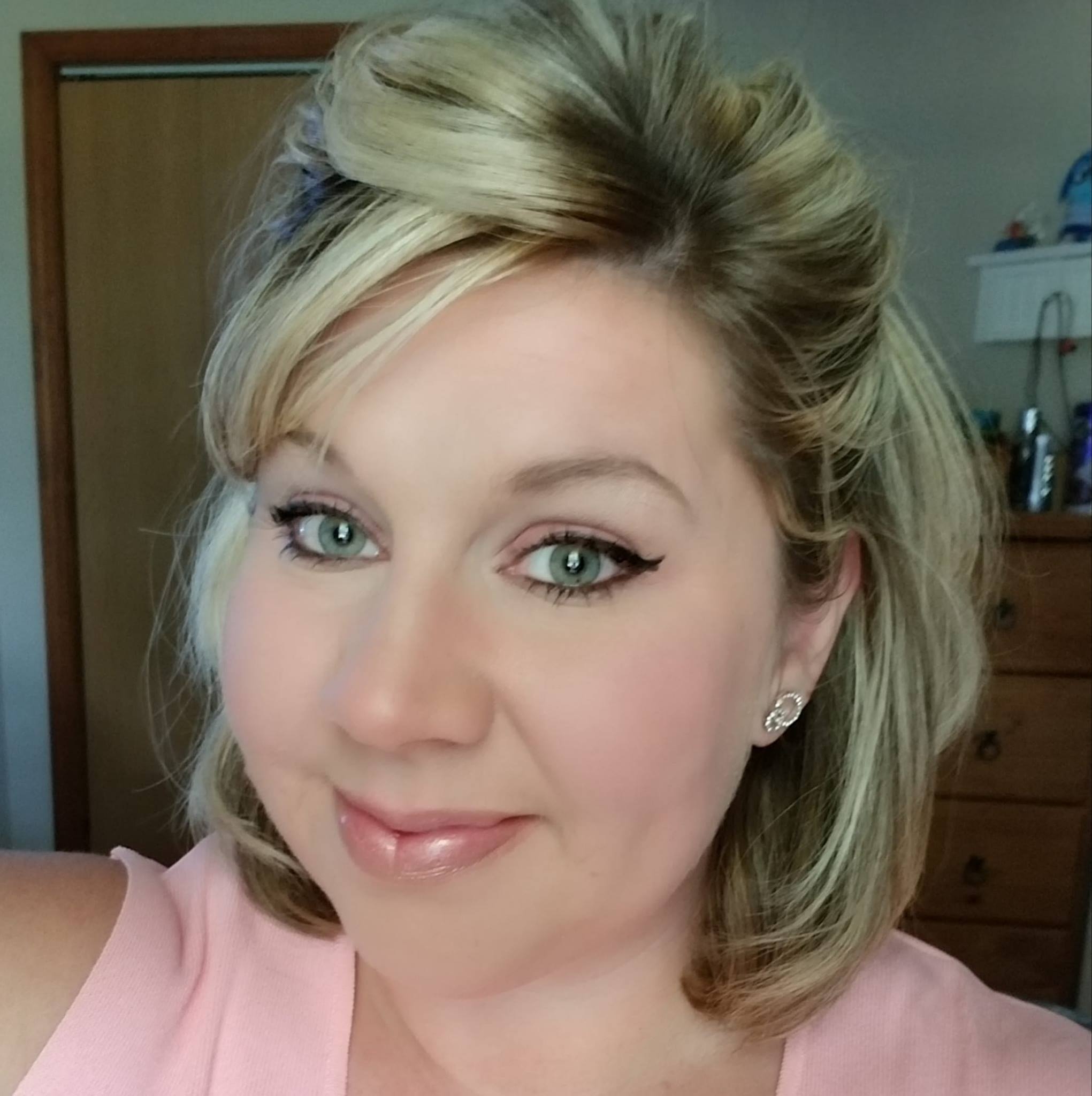 Amy Blair adores her main gig as a stay at home mom to a very wise 14-year-old son and a super spunky 1-year old daughter. As an aspiring author, she loves to write and finds it very cathartic. She loves to look for inspiration in everything and hopes to inspire others through her writing. You can expect to find her writing to be light-hearted and humorous, but also heavy and emotional. On her blog, she hopes that sharing her struggles and experience can teach, inspire, entertain, and make others feel not alone.

My journey to motherhood.
The Hidden Anxiety That Comes With Pregnancy
Pregnancy, I'm Over It!
advertisement

My journey to motherhood.
The Hidden Anxiety That Comes With Pregnancy
Pregnancy, I'm Over It!