I know it looks silly, his toes dangle past my knees. He’s getting tall and heavy, too. It sometimes hurts my back to lift his frame, but, I carry him.

It starts in the morning when waking up is hard. I should make him walk down the stairs, as it’s still something he is working on in physical therapy. But with his sleepy eyes and tired heart, he doesn’t want to start off his day with a task.

He works hard to get off the school bus. One hand on the rail and down three large steps with care. He takes my hand and can’t wait to go inside to play. But I make him go to the bathroom first. He doesn’t want to pause. I kneel down, give him a hug, and a reassuring word. 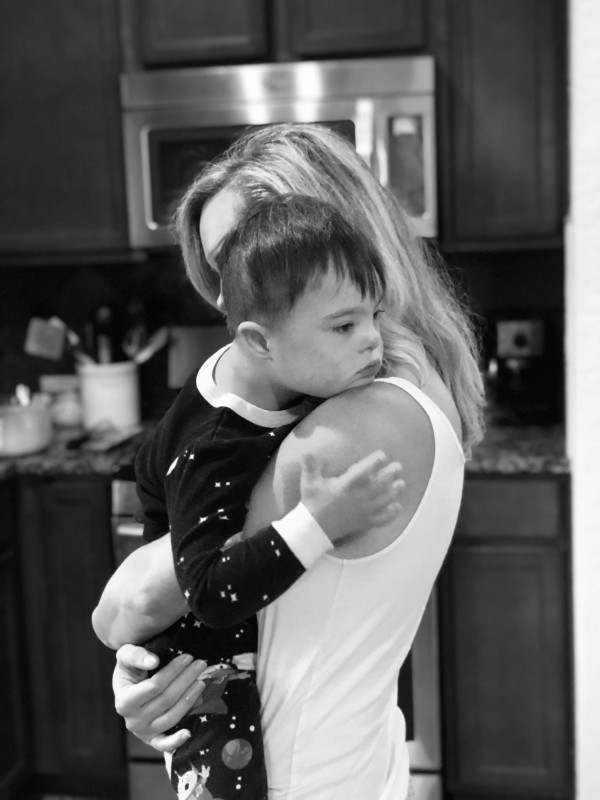 Then, I carry him.

At the end of the day, when we’ve worked on manners at the table and holding his utensils with the correct grasp, sometimes he is so done. And there is still the bathing, teeth brushing, and getting dressed to do. From the table and up the stairs we go.

Sometimes, I carry him.

The world moves fast and demands so much from all of us. I imagine with my son’s age and disability, it is often more exhausting. He’s directed and redirected, pushed and pulled throughout the day. There are times when he’s had enough. That’s when I carry his awkwardly long body against my own short one. Because sometimes, we all need someone to carry us to get us through the next hard thing, to love us through our good, bad, and weak moments.

When he’s reached his limit, I’m close to my own. But when I carry him, he somehow carries me, too.

What are you carrying?
Here’s what it’s like being married to a first responder...
Why I REALLY Love Like a Mother
advertisement

What are you carrying?
Here’s what it’s like being married to a first responder...
Why I REALLY Love Like a Mother