I am done caring about what others think of me

Published by Stacey Skrysak on March 1, 2021 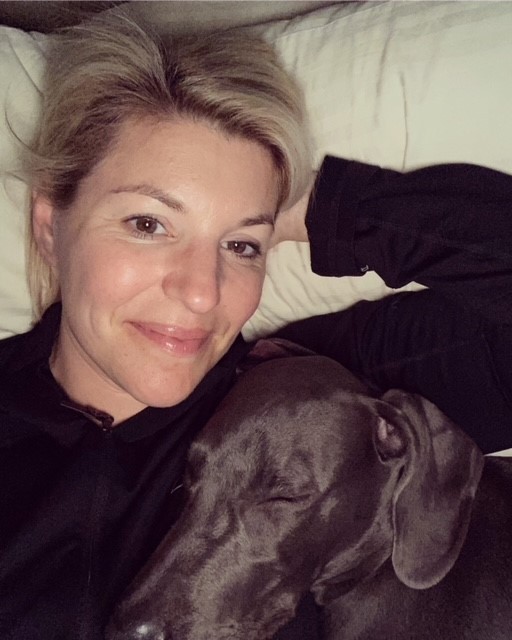 Over the years, I’ve been told by male colleagues that losing 10lbs would help advance my career. Because of others, I have fretted about my looks and I learned how to hide the extra lumps and dimples on my body. Worrying so much about the way I looked held me back. Whether it was a job or a simple activity, I thought I needed to look a certain way. But you know what? I am done.

The years of only seeing my faults have given way to embracing the person I’ve become, both inside and out. Sure, there are plenty of bumps and cellulite, but that’s part of being human. Those scars show the length I went to have children of my own. That post-pregnancy jiggle from years ago? It’s my pride and joy. That body created triplets and a rainbow baby! There are certain things that won’t go away and I’ve learned to accept, and even love it. I am done caring what other people think of me.

Now in my 40s, instead of working out to look a certain way, I go cycle and lift weights because it makes ME feel good. I wear certain outfits because I love how I feel in them, not because it’s what I think others expect me to wear. And that makeup? Sure I wear it for work, but I feel the most beautiful when I'm bare-faced, lounging in sweats with my family.

Ladies—listen up. The next time you worry about what others think of you, look at yourself in the mirror. It’s time to put you first and do things because it’s what YOU want to do, not what others expect of you. Those little imperfections that I would have criticized 20 years ago are now what I love most about me.

I am done. I am done worrying about the superficial things in life. I am done caring what other people think of me. When I look at this picture I see a strong woman, putting her hand up to shield all the haters…and it’s all because she said, “I am done.”

I Quit Caring What Other People Think & Here's What Happened
This school year was supposed to be easier, but it's not
Let your victory be a victory
advertisement

I Quit Caring What Other People Think & Here's What Happened
This school year was supposed to be easier, but it's not
Let your victory be a victory