Hug Your Mom, for Your Health 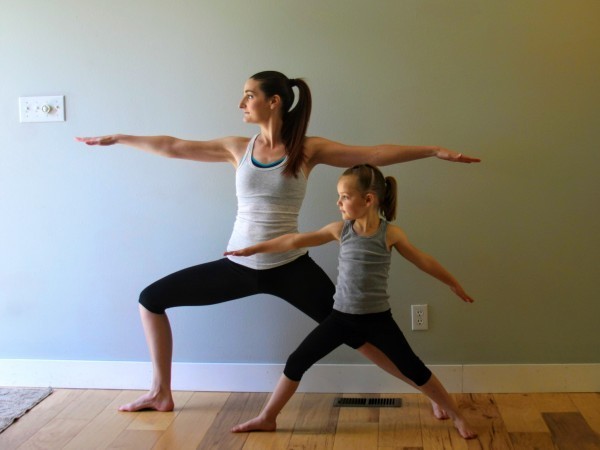 Like many of you, my mother has had a vast influence on who I have become as an adult, and not just in the ways you may suspect. My ethics and moral compass, work ethic? Of course, but my mother also had a great deal of impact on the development of my lifestyle habits and cognitive abilities. How did my mother, who has had very few days in her life without a bowl of ice cream, who has likely never seen the inside of a gym, and who did not have the opportunity to pursue her own higher education, influence me to spend most of my life researching health? Well, it’s science of course…and a lot of maternal love.

If you are relatively healthy, you can thank both genetics and the person who likely modelled the behaviors which helped you maintain your well-being – good ol’ mom. The power of social modelling is vast, to an extent which we are still just beginning to understand, and nobody is a more powerful role model than the person who tucked you into bed each night. As the data continues to prove, the greatest predictor of one’s eating and exercise habits is that of those around them; particularly the habits they see practiced by their parents in childhood. And, as much effort as I put into leaving a legacy of health for my own children, the reality is that it is the time my wife spends making her healthy chicken bone broth soup and pushing herself in the gym that is going to have the greatest impact on the development of my two little balls of fury. And this influence isn’t just about being a positive lifestyle role model; it actually starts much earlier and in a much more intimate environment.

A mother’s habits begin to leave their mark well before their posterity is physically capable of eating, moving, or even breathing on their own: in the womb. There is a growing body of evidence to suggest that prenatal food choices made by pregnant mothers set the stage for the food preferences of their unborn children. Research has shown that distinct flavors are present in amniotic fluid, the substance that a fetus regularly swallows, and mothers who continue their healthy eating habits while pregnant tend to birth healthier newborns and children who are more likely to practice healthy nutrition habits as they develop. What mom ate, when she was dining for two, actually provided the foundation for what foods you would later prefer. So Mom, I have to ask, did you have uncontrollable urges to consume large amounts of kale, eggs, and raw nuts throughout our closest nine months together?

Another research discovery is that those mothers who continue to exercise throughout their pregnancy (under the supervision of a healthcare professional) tend to have less labor complications and to have children who are more likely to share their love for physical activity throughout their own lives. One study found that pregnant mothers who regularly complete aerobic exercise have babies with lower heart rates in utero and which exhibit other markers of cardiovascular health after birth. Another study found similar results in mothers who preferred to continue their strength training regimens throughout their pregnancy. Furthermore, a review of the by-products of postpartum exercise found some interesting (positive) effects of exercise on breast milk volume and composition, and provided strong evidence that the physical activity habits of the mother are more influential on children than that of the father, regardless of the gender of the child. And, these positive effects continue into adulthood, as studies have shown that women who prioritize exercise during pregnancy have children with healthier blood vessels, from childhood through adulthood. This is likely the result of a combination of the positive physiological benefits in utero and positive modelling throughout their child’s life. I have very strong evidence to believe that my son may be the most well-conditioned destructive being to ever walk this Earth. As much as I would like to believe his astonishing crushing strength (when faced with valuable possessions) and seemingly limitless capacity to run, jump, and break is due to my genetics, science suggests that my wife’s exercise habits through pregnancy were at least a contributing factor.

Let’s not forget about the growing body of evidence surrounding the cognitive benefits provided by a loving mother. Mothers have an almost mystical ability to stimulate brain development in their children through exercise or a simple word or embrace. And, of course, science can explain this too. In one of the more fascinating neuroscience studies of the last several years, researchers found that gestational exercise can actually remodel an unborn child’s brain. Using sophisticated mismatch negativity tests, which measure brainwave activity in response to various sounds, it was found that women who had exercised regularly during pregnancy had newborns (12 days to 4-months in age) with more advanced cognitive development. Nothing is more important to a newborn than a mother’s love, and we recently discovered that those maternal instincts don’t just feed the soul, but can physically change the brain. As part of a project investigating the causes of early onset depression, Washington University researchers found that the level of nurturing provided by new mothers was directly associated with volume and activation of the hippocampus, the part of the brain connected to learning, memory and stress responses. All those late nights staying up helping you with your homework helped, but the foundation of your academic and adulting success was really all the cuddles she provided you as a newborn. Not to toot my own horn, but I have a very loving mother.

Mothers are invaluable, don’t take yours for granted. Celebrate today, and as often as you can, by giving your mother a large hug and thanking her for the health of your body and mind. It all started with her.