How Many of You Were Maxed Out After Having Children?

Did having children set your chronic condition, or illness over the edge, and into a flare?

I spoke to a fellow mommy recently, who also isn’t feeling well, and we both had this same feeling…we knew our physical limitations before children. But it wasn’t until AFTER children, that we physically maxed out.

In my twenties, and before children, I knew full well that I was battling physical limitations. But since my disease was supposed to be in remission, I powered through severe bouts of fatigue, black outs, double vision, headaches, an inability to hear well out of both ears, difficulty taking deep breaths, tremors, muscle weakness, digestive issues, and exercise intolerance.

In my twenties, however, I was only responsible for the physical implications of taking care of myself. I would go to work, mask my symptoms, and come home to rest on the couch. Go out with friends, and mask my symptoms, and rest in bed until noon on the weekends. With no children to take care of, I always had room for rest when I pushed my body too far physically.

And then pregnancy came. My body handled things pretty well until the seventh month, when I started having contractions and was put on bed rest. After I delivered my first child, boy was my body maxed out. By maxed out, I mean that I was physically pushed beyond what a normal and healthy mother could sustain. Not only was my delivery borderline what a medical malpractice suit would entail, but our firstborn had severe reflux, had to be fed with limited amounts of milk, was not comfortable laying down flat, and had to be placed at an angle or upright most of the time. He didn’t sleep more than two hours at a time until he was close to 12 months. Yes, you read this correctly. I didn’t sleep more than two hour increments for almost a year and it was pure torture. I was such a complete disaster, that I lost all of my pregnancy weight, roughly 55 lbs. within a month, JUST from sleep deprivation. I was so nauseated when I woke up for the day, that my body was in a total systemic crisis.

It first became clear that I was maxed out after having children, when I couldn’t put on my firstborns diaper and clothes for the day without getting winded. I couldn’t even brush my teeth without having to sit down and rest afterwards. When I saw other moms whisking their young children to the zoo and playgrounds, and I was barely getting my children dressed for the day, I knew that something was inherently wrong with me.

By the time I started to put the pieces together for my health crisis, we found out we were pregnant with numero dos. I knew I was not physically capable of managing one child, let alone two children, so we moved forward with the pregnancy and resorted to get help from a part time nanny.

Even with part time help, two children less than two years apart left my body taxed. I continued to lose weight, and when my hair started falling out in “chemo” clumps, it finally became clear, that something was really not right. It also became clear that back-to-back pregnancies and managing the day-to-day nuances of raising children set my chronic illness into a flare. I was experiencing something more than just normal mommy hood fatigue….and it was apparent that even the strongest of coffee couldn’t cure my situation.

Did having children set your chronic condition, or illness over the edge, and into a flare?

How many of you were maxed out after having children? My illness was at its peak when my boys were babies and toddlers. The back-to-back pregnancies, and having two children under two, had set my illness into a flare. So much so, that I would have to take hour long breaks in my car, with my boys strapped in their carseats, to gain enough energy and catch my breath before I went into a store. To offset their wiggles, I would bring snacks, ipads or play movies in my car to distract them. Sometimes they would watch an entire movie while I was resting between Target and the grocery store. My healthy friends with no kids thought I was being dramatic, and they would rolls their eyes at me. And my friends with kids told me that "all" mothers were fatigued and tired, and that I would soon find my rhythm. So I pressed forward and learned to manage the journey. But what I didn't realize, was that my heart was getting about half the amount of blood needed to sustain an upright position, and that my condition was equivalent to that of person with congestive heart failure. What I also didn't realize was that my motherhood journey was severely compounded with physical limitations. My journey was not normal. Nor was it healthy. My need to rest after brushing my teeth and putting on my babies diaper was finally validated. Now that my children are older, and I have started this blog journey, I am SO tired of seeing articles written for the "woes of motherhood/parenthood" for normal, healthy moms and parents. What about those mothers and parents with chronic and invisible illnesses? Motherhood and parenting with physical limitations is A MILLION TIMES harder.... 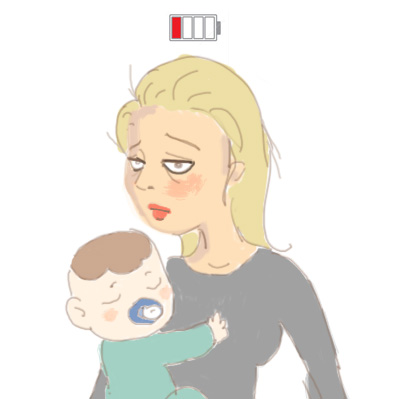 Mommy has been battling chronic illness for most of her life and has always struggled to live life actively. Though she was not diagnosed with debilitating conditions until adulthood; it was not until after diagnoses, and even after having children, that she realized her lifelong fatigue, and lacking ability to perform motherhood duties, were validated. Mommy Isn’t Feeling Well is a real-life and cathartic blog focused on navigating the struggles of motherhood and chronic illness.