How a Broke UK Parent Got Her Kids Into Private School

Published by Sharon Howson on February 12, 2017

When I was growing up, I attended just about every type of school imaginable. I went to state school, a Christian school and I was even homeschooled for a period. I ultimately graduated secondary from a private sixth form school. Each of my experiences was quite different. I did enjoy state school, but graduating from a preparatory school did, in fact, better prepare me for university. With that having been said, it was still with no levity that I chose to send my own children to private school.

My kids are smart. My older two were reading at a very early age, and my 2 year old is well on her way. As my older two kids progressed in school, I found that the public system wasn’t offering enough, academically. I was being called to conferences almost weekly because my sweet cherubs were stealing pencils from other kids, speaking out in class and disrespecting their teachers. “Boredom,” cited the teachers. “Maybe you should consider private school.”

In addition to having attended an assortment of schools, I’m also a classroom assistant. I’ve long held the belief that, while private school isn’t inherently better, it is certainly better for some children. These schools boast a smaller teacher to child ratio, kids are more likely to have access to better facilities (both academic and extracurricular), and the college preparatory scene is more intensive. It’s also expensive… Very expensive. I thought there was no way I could possibly afford to send my children.

But, where there’s a will there’s eventually a way. I joined every parenting group I could find. (I strongly recommend NetMums.) I talked to local mums and dads about their choices. I logged countless hours and late nights on the internet, looking for a second job. My final moment of enlightenment came when I visited educators.co.uk and found a very extensive list of private school options. I learned a lot! Apparently there are some private schools which require an entrance exam. Some don’t require uniforms. Most importantly, though, some schools offered scholarships. Scholarships! Still others offered need based financial aid. We could do this!

The boys and I pored over our options, and once we settled on a school, the rest was easy. We chose a day school in Edinburgh which had an incorporated nursery school for my daughter. And then the financial aid process began.

First, we met with the school headmaster and guidance counselor. Both were very warm and seemed genuinely interested in helping us to find a way to enroll. There would be an entrance exam for both boys, despite their young age. I was quite pleased about this; it was an assurance that the boys would be placed in classes appropriate to their abilities. We got tips for the exams online (incidentally, ‘The Educators’ had this information) and while they studied, I handled the financials.

The school we chose offered need based scholarships as well as academic, and honestly the process was a bit daunting. I had to fill out no fewer than 8 forms, had to submit wage and income verifications, and had to notarise several documents. It took a few days to get all the paperwork together. Once everything was complete, I submitted the packet and waited.

My sons and I had been waiting nervously for about ten days when the school admissions counselor finally called. Not only did they all pass their entrance exams, but they were eligible for scholarships. The counselor informed me that my income qualified me for a substantial discount in tuition. Coupled with the scholarships they earned, I’d only be paying about 25% of full tuition!

What I’ve learned is that private school isn’t unattainable. I put forth the effort to learn about programs available, and was rewarded with significant discounts. I’m pleased to report that now, a year later, my boys are happily settled into new schools with no instances of naughty behavior.

If you think private school may be a beneficial option for your children, too, don’t be discouraged by tuition. Research the options, talk to other parents, and you could be sending your children to private school tuition at a fraction of full cost – it can be done! 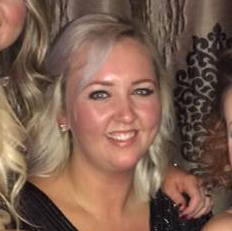 A fun and bubbly mum who looks outside the box when it comes to getting the best for her kids!

College Application and Transition Timeline for First-Generation Students
Parenting Resolutions for 2018: Going Back to School
Advantages of Private Schools
advertisement

College Application and Transition Timeline for First-Generation Students
Parenting Resolutions for 2018: Going Back to School
Advantages of Private Schools