Published by My Dishwashers Possessed-Kathy Radigan on September 20, 2018 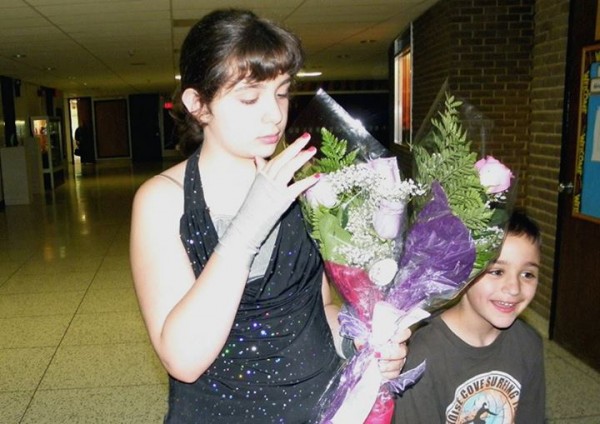 As a mom I make quick decisions every day. Many are no more important than what to serve for dinner or how much do I want to battle my teenage son over his decision to wear shorts on a winter day.

Too often the stakes are higher. I won’t soon forget my decision to give my first son a peanut butter sandwich only to watch him have a severe allergic reaction to it. Or the day I sent my youngest son to school thinking he was just grumpy because of the day’s schedule, only to get a call two hours later from the nurse telling me he had a 101-degree fever.

Some choices, whether they are made quickly or with much prayer and thought, have deeper consequences.

Years ago, I thought nothing of cleaning out my daughter’s room and tossing out some of her toys and possessions that had outlived their purpose. Lizzy is the only girl in our family, and she is very much loved by all who know her.

She has always had a gift of accumulating more Barbies, purses, jewelry, and stuffed animals than anyone I have ever known. She adores anything and everything girly and pink, and people have only been too happy to shower her with these things.

I’m not proud to admit this, but one of the benefits of having a child who has a lot of neurological issues is that her memory can be pretty limited. In the past, I’ve tossed away scores of Barbies and other toys that outlived their prime, and she never noticed. She would go in her room and play with whatever she saw on her bed and be very happy. The missing toys would never be mentioned again.

But this was before she started taking medication.

Putting our then seven-year-old daughter on a mood stabilizer was not an easy choice to make. To be perfectly honest, it was horrible. But we had tried everything up to that point, and nothing else worked. She would have indescribable meltdowns that came out of nowhere.

My breaking point came one day when we were out to dinner, and she started screaming and crying. I rushed her into the ladies’ room where she started to scream louder, “No, no, I want my Mommy.”

I cried the first time I gave her the medicine. I felt like a failure. Had I tried hard enough? What parent really wants to give a kid medication? The reality of the situation came crashing down on me. My daughter’s issues were serious; they were not going to magically disappear no matter how hard we wished or prayed. We could not continue to live the way we had been. She needed this, and so did we.

The drugs Lizzy takes make it possible for her to go to school and have as normal a life as possible. We can go out as a family without worrying she will fall apart. They have been a lifesaver for her, and for us.

They also have improved her memory.

This became evident after that fateful room cleaning. I was in shock when she clearly and calmly said, “Mommy, I can’t find my Princess Barbie in the pink dress.”

Yes, you guessed it, Princess Barbie was a casualty of my most recent toy purge.

I wasn’t sure what to do. Would she understand why I got rid of it? Would she be hurt that I didn’t take her feelings into account? Was I the worst mother in the world?

I sure felt like it when I heard her looking for the doll. “Princess Barbie, where are you? You are my best friend.”

My husband, Joe, was ready to rush out to the toy store and buy a replacement. I was tempted to as well, but I decided to talk with her. I calmly explained that I made a mistake and let her know that the next time I would have her help me decide which toys should stay and which should go.

“I love you mommy” was her response. “I forgive you.”

Then I ran out and bought a new Barbie.

Motherhood is filled with choices that affect our families in big and small ways. On that day, even though I felt horrible that I threw out her doll, I knew in my heart we made the right decision to give Lizzy the medicine. Her sweet kiss was my bonus.

This piece was previously published on Kathy's site, My Dishwasher's Possessed. Check out her new project, Every Family's Got One (a story that is)

Hey McDonalds, Stop Saying Barbies Aren't for Boys
Why I Never Forget That Children Will Listen
Why I'm Not Buying My Kids a Crapload of Toys This Christmas
advertisement

Hey McDonalds, Stop Saying Barbies Aren't for Boys
Why I Never Forget That Children Will Listen
Why I'm Not Buying My Kids a Crapload of Toys This Christmas