How 2020 and 2 quarantines changed my view on custody, schedules, and control. 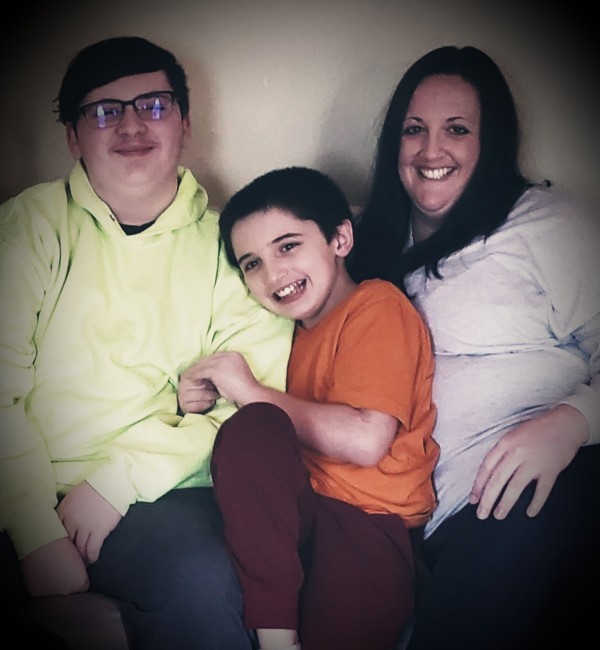 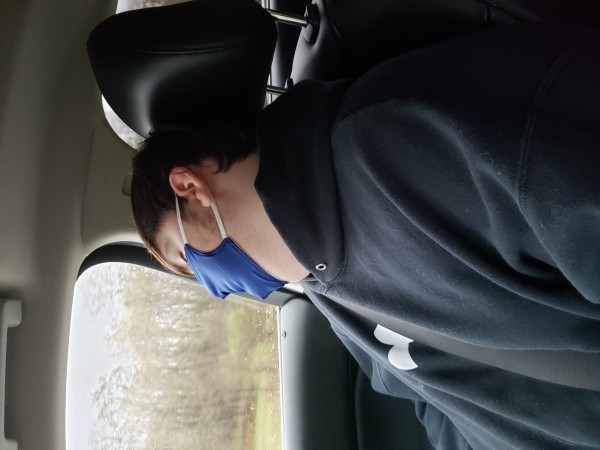 How many of you have been in that "typical" divorce or separation scenario where you basically spend every week driving, re-packing, only getting half of your kids updates when it comes to school, and not spending legitimate quality time with them because you are hyper-focused on just that - schedules. I was that parent for the last 4 years and, together with my ex-husband, we decided that it was time for some change.

The last year has been one for the books - we all know this. But it has also shown me in many ways the strengths that my kids are capable of. Before COVID came around, my kids would spend most of their time with me during the week, a couple nights with their dad, and do the every other weekend thing. I don't think I really ever went more than 2 or 3 nights without them before they were back home. But then our biggest challenge ever came along when they followed through with a pre-planned trip to Florida for their routine Summer stint with their grandparents. The news had been indicating that things were pretty safe and good to go down south, so we decided to go ahead and let them go. Their father flew down later and met them for the second half of their trip, right before all hell broke loose in the news and Florida became the massive hot-spot and most talked about COVID situation to re-present itself. So my children were now 2 weeks into a vacation, deep in the COVID hot spot of Orlando, and now under mandatory orders to follow through with the new quarantine for travelers. This meant that, not only did I just go 2 weeks without my kids, but I was about to be forced into another 14 days without them as soon as they returned. Being that they traveled with their father, it was him that they had to come home and quarantine with. I can't lie - I cried a lot during this time. I had never been PHYSICALLY away from my kids this long in either of their entire lives and my youngest son was struggling with not being able to come near me or hug me. I did the driveway visits every day, tons of phone calls. But after the first week in quarantine it definitely started to weigh on both of them. Thankfully they have a great father and a wonderful stepmother and everyone survived the whole quarantine situation - without ever actually getting sick! But I can tell you when my boys came home for the first time after this long month, I don't think their hugs had ever felt better!

From there, we were thrown into the school year of trying to keep up with their virtual learning schedules and school work. We made the decision to keep our kids home 100%, based on many factors of what worked best for us as a family. Did I want my children to get back to school and back with their friends? Absolutely! But where we live and the process involved in actually making that happen was going to be a nightmare and, unfortunately, we had to choose our jobs over what the school would need from us if our children went back in person. In doing so, our stress levels each week were certainly maximized. I would work all day, then come home at night and have to do 4th grade homework to help me son get things caught up or submitted on time. This would happen for 2 1/2 days each week, and then they would go back to their fathers where he would take over on Thursdays and Fridays and I really didn't know how their school week finished out. Much like he didn't really know how each week started and would have to get a "rundown" from me each Wednesday night so he was prepared for where to pick up with them on Thursdays. Sounds fun, right? It was stressful, and frustrating, and overall pretty exhausting. I would get to Thursdays and think, "I don't think I even spent any TIME with the boys before they left this week!" There were many weeks where I asked myself if I even cooked a meal before they left. Did I even eat this week?

And then COVID quarantine round 2 hit our family. This time, it was my household, not their fathers. I had it first, then it passed to my husband, and then it passed to both of my boys. Starting with the date of my positive test and going through all of the dates everyone got sick, tested, and quarantined, we ended up being quarantined in this house together for an entire month. Yes, you read that right. And entire month. So now the tables had turned and their father was the one not getting to see them for 4 whole weeks. Now he was the one doing the driveway visits and living through phone calls. Yes, this was a little different because everyone WAS sick and it was actually a lot more to deal with and keep up with. It was hard for him and hard for the boys as we got closer to the end, and I knew exactly what he was feeling. When our full quarantine was over, I told my ex-husband he was welcome to take the boys as long as he wanted to make up for missing them all month. I knew it would be a couple of weeks before I would see them again, but I knew they needed to see their father and I knew he was missing them like crazy. I knew he was in the same shoes I had been in just a few months before. But I realized, as I sat home alone those next couple of weeks, we all survived. All of it. The scary traveling and unknown situation of them coming back into New York. Quarantines 1 and 2. The school situation and schedules. Our full-time jobs. We were maintaining some sort of normalcy - whatever the heck that is for 2020 - and our kids were just FINE. All the time and effort we had been putting into making sure their weeks were split and shared was actually the only thing stressing us out at this time. Getting to spend time with them was really all that mattered to us. Knowing how they were doing in school and being able to be there for them was important, but so was all the time we were missing with them by spending the weeks being hyper-focused on packing them up and going back and forth.

I never imagined I would be the mom who could be okay with sending her kids away every other week and having nothing to do with their schoolwork for 5 whole days! Are you kidding? Their FATHER can't possibly keep up with that. They will never get their work done! I never had faith in anything like that. I am their mother, I need to be the one who makes sure they are taken care of. But after going through the situations I realized two things - their father was more than capable of taking care of things during tough time, and the kids survived just fine with being away from us for longer periods of time. And then I realized that something had to change. The exhaustion I was feeling over being their "teacher", the packing up and going back and forth all week, the constant back and forth phone calls with their father to make sure we were both on the same page for their school work all week. I was done living under the guise that this was the only way we could manage as a split household, and I was done trying to make sure I controlled everything. It was time to change things up and give ME back some sanity.

Its been a month since we switched our custody to one week on, one week off, with our boys. (I hate the word "custody" because it sounds so formal. We have never been to court for our children. We have always managed their scheduled on our own, civilly. But using the word visitation makes it sound like they are vacationing with their father or something, so I hate that word too!) I now have one full week where I focus on the kids schooling, I work from home half the time and in my office the other half, plan and cook dinner for 1 week, and get every evening with my kids to just sit and spend time with them. No packing, no driving back and forth, no having to give the weekly rundown and updates to their father. And then they leave a week later, and their father takes over. He handles all schooling, all of the teachers, has his weekly dinners with them, and he works from home. This is my week to decompress at home, work full-time in my office and focus fully on my job, and catch up on anything that I didn't make a priority while I was focused on my week with the kids. I don't control what happens with their schooling while they are with their father - I check in and call them to say hi and ask them how their school day went - but the rest is on him and I am fine with that. It actually makes me feel like I can breathe again. Some may think that sounds terrible coming from a mother, but anyone who says parenting and teaching from home in 2020 hasn't made them feel the same way - you're lying.

There will always be people who judge whatever parenting choices you make. For some, it's like a full-time job to point out everything us moms are doing "wrong". But this is one thing no one can ever make me feel bad about. 2020 has tried to steal every ounce of our parenting sanity at every turn. If this is what I need to do to thrive in my role as a mother, then so be it. If this is what I need to do so my career doesn't suffer, so I can fully focus on my job every other week and pay the bills while being a 4th grade and 9th grade teacher on the side, then so be it. At the end of the day, my children have actually never been happier. They are spending less time in a car, packing up for both of their houses, and more time just BEING home with their parents and being able to relax and have time with us. And that is something you will never see me feel bad about. 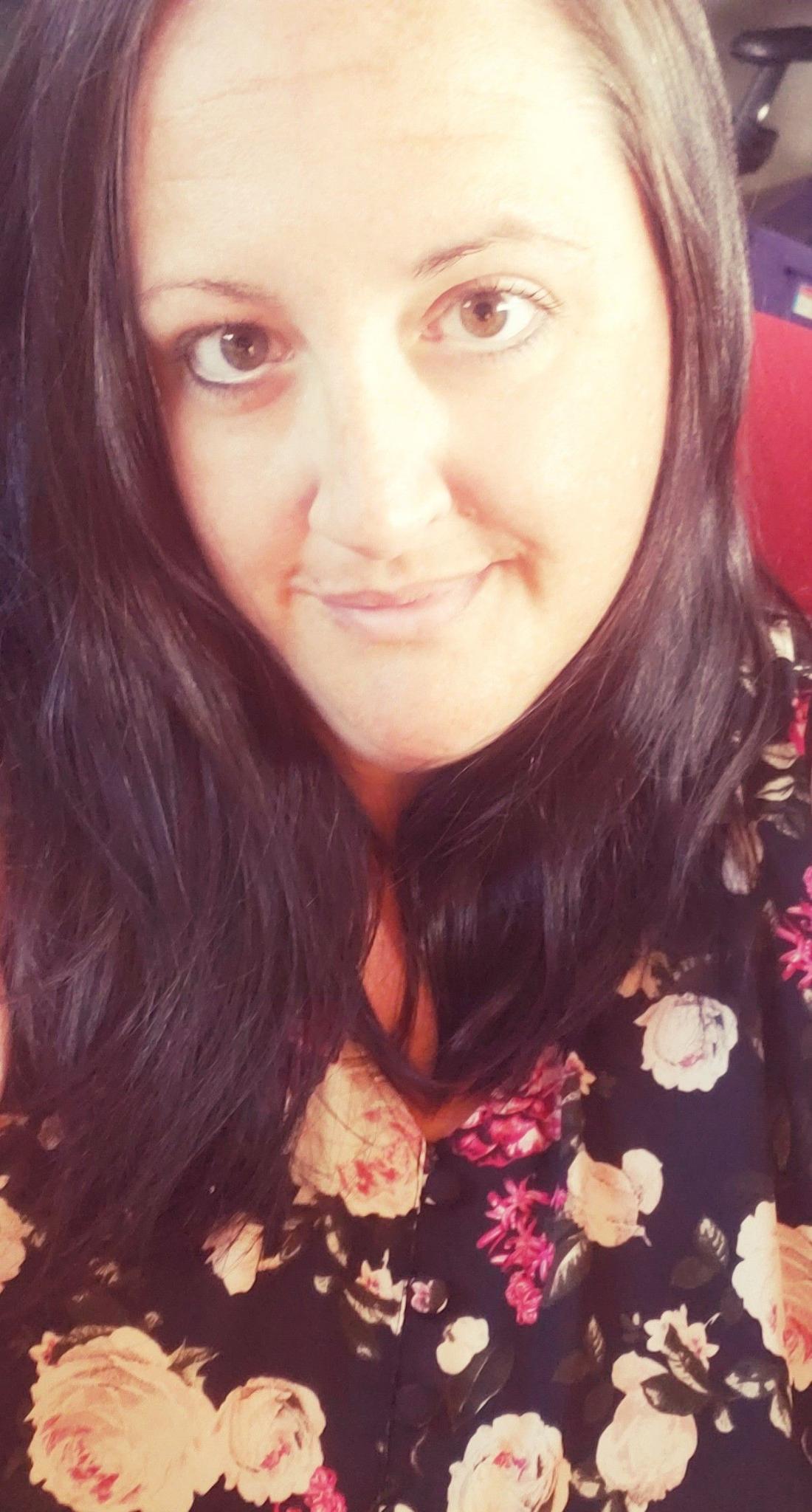 I am a wife, mom, and step-mom to a total of 5 boys. Currently, I spend my weekdays working full-time as a Human Resource Specialist hiring healthcare workers. I save my blogging and freelance writing for evenings, weekends, and anytime I have 5 minutes to sit down! Outside of those roles, I also manage a Facebook support group for moms and step-moms looking for positive ways to identify with their roles. When I'm not busy working, parenting my brood of boys, writing, or managing my group, I can definitely be found drinking coffee, waiting for a Lakers game to come on, or calling my mother for advice on EVERYTHING!